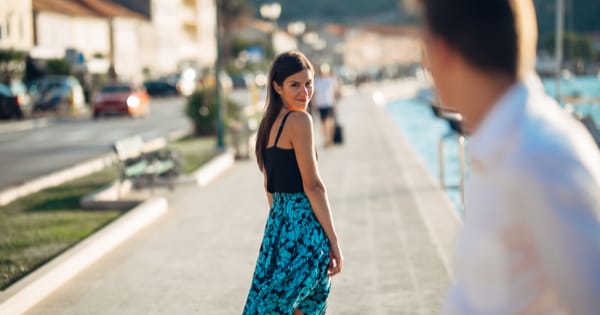 Regular readers of this space know that I have a special affinity for music. Deep, purposeful music. I love music almost as much as I love words – and I live for words. I live for language!

Therefore, it stands to reason that my new book has such a deep musical theme.

Yeah, I was rolling down a hill and I couldn’t be stopped.

At one point, I even ducked into a jewelry store. And when I saw the prices on the diamonds, I ducked right out. But the thought was there.

I can’t say I’ve ever regretted anything more in my life.

My feelings for this woman, and the time I spent in that jewelry store – perhaps the biggest regrets of my life…y’know, in that particular area of my life.

A month or so after this went down, things started to go south very quickly with this woman. And, well, let’s just say that she didn’t feel about me the way I felt about her.

It was like the Universe was like “oh h*ll no! She ain’t the one, Hall! And here’s an anvil upside the head for your trouble.”

This kind of heartbreak knocked me into a deep tailspin. A spin for which I’m only NOW emerging over a decade later.

In the immediate aftermath of…y’know, going to Jared when I shouldn’t have, I discovered an album that completely changed my life. And I’m pretty sure few of you have heard of it.

In 2007, the group released one album called Transoceanic. It’s an eclectic blend of R&B, Jazz, and World music. The album isn’t what I’d call great, but it’s a chill listen on a Sunday morning with a cup of coffee.

However, there’s one song on this album that to this day more than a decade later makes me tear up every time I hear it. It’s one of the most important songs I’ve ever heard.

And this song is what I want to base this article on.

There’s a life coaching lesson in it for all of y’all. I’ve gotta stay on brand here, y’all.

If you’ve ever heard EWF’s classic Be Ever Wonderful from their magnum opus All ‘n All, you know the energy. Slow, driving ¾ time, big horns, and the unmistakable EWF vocal harmonies – it’s an underrated classic.

The Audio Caviar song is called Love Comes in Time. It features similar, slow driving ¾ time, big horns (ironically, the EWF Horns) and vocal harmonies featuring Philip Bailey. And R&B crooner Howard Hewett is featured on lead vocals. It sounds like it could’ve appeared on All ‘n All.

Long story short, the song is about a man who is leaving a toxic relationship. And about how trusting and loving yourself can help you find love again.

After what happened with me and the woman who slow roasted my heart over a spit, I lost all ability to trust myself. I chose to stay inside my head lest I ever – and I do mean ever – get hurt again.

This has been over a decade ago, and I haven’t had a steady romantic relationship since.

It’s starting to get to me!

If you’ve been following this space for any amount of time, you know that I’ve run into some financial, wellbeing, and spiritual breakdowns. These are all breakdowns that I’ve brought on myself – well, except for maybe my sister’s cancer diagnosis. But I digress.

Let’s flashback to a week ago, I attended a networking dinner. Meeting entrepreneurs from all around the area. From all different professions. It was a great event which I will be attending again.

But to my surprise, there was another coach there. I’m not entirely used to this because in networking groups I’m a part of, there’s almost always profession exclusivity.

I walked into this meeting with very low expectations, I’d been running on fumes for more than a month. Fighting breakdowns, worry about my living situation, a sister fighting cancer a thousand miles away, and my employment situation. To say nothing about going to court over back rent.

Yeah, THAT was fun!

After dinner, I was talking with a few people I knew, when the other coach in the room sat down beside me and started talking to me.

I won’t share too much because things are developing. But this was a charming, witty, outgoing, and attractive woman having a conversation with me.

I say again, I wasn’t at my best. My walls were down. And I was totally not expecting this turn.

I think the biggest lesson I took from this dinner and meeting this woman is this. If you manage to drop your walls and show the world your truth, that’s how you look inside and find feelings you can’t explain.

I’m going to let y’all in on a secret. This isn’t rocket science. It isn’t magic. It’s not even magical thinking.

Love really does come in time. Keep putting your most authentic self out there. And learn – without any hesitation or reservation – to love yourself first.

I’m not saying this relationship with this woman will go anywhere. I’m not saying it won’t. But I’m saying that I’ve put in the time. I was showing up real and authentically. And something beautiful happened.

“Love comes in time, chasing away the pain. Inside you’ll find, feelings you can’t explain.”

Give it time. You’ll be alright.

END_OF_DOCUMENT_TOKEN_TO_BE_REPLACED

Facebook158TweetPinEmail1Shares159
wpDiscuz
Share this ArticleLike this article? Email it to a friend!
Email sent!