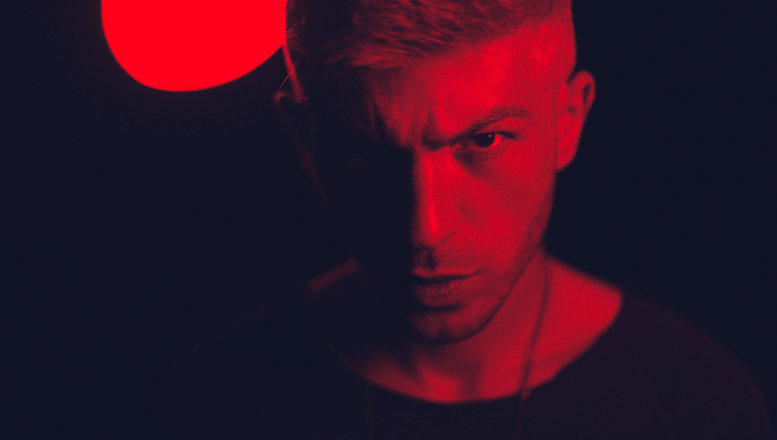 “Hell hath no fury like a woman scorned,” was a warning I was presented with growing up in the ‘50s and ‘60s. Today’s America has seen a shift, a deadly one on track for a head-on collision with progressive socio-cultural events. The new warning is “Hate hath no rage like a man discarded.”

Throughout the ages, women have weathered extraordinary indignities, heartbreaks, and suppression. Dishonored and broken, they have risen from the anguish of traumas stronger, wiser, and tenacious—still nurturing, still supportive, still giving.

Many men, on the other hand, have become fragile creatures of mythic proportions. Blinded by fear of the unknown, change and what they don’t understand, they invent bogeyman phantoms and garbled conspiracies prophesying the loss of all they hold dear.

They are the epitome of what is called the “backfire effect”: when presented with proven data contradicting their understanding and beliefs, instead of applying critical thinking, they entrench even more deeply into their quagmire of toxic fear. They cannot be moved from their position, they will not listen and you become the enemy.

White male nationalism personifies this fear. What it devolves into is blinding frustration, anger and hate. It’s #1 focus of derision and detestation is any person deemed other than white (wholly of Caucasian lineage). With the advent of the women’s movement, #MeToo, Black Lives Matter, LGBT and Native-American civil rights, and the fact that white people are destined to become a minority in America by the year 2045, white male nationalists fear a noose is tightening on their demise. For them, “Diversity = white genocide.”

What is amazing about this perspective is how narrow the white male nationalist vision is. They seem to have forgotten that it’s taken a melting pot of many races and nationalities to make America the country it is today. It wasn’t all done by white men alone. Yet, their fear is that their lives of entitled superiority over everyone not white, Christian and heterosexual are about to be declared inconsequential and therefore discarded as irrelevant.

Interestingly, they have no grounds upon which to believe this is the story, but that doesn’t deter them from sinking into a quagmire of discontent. All they “know” is an overarching feeling that they are being bullied, corralled, suppressed, oppressed, discriminated against and disenfranchised. And we’re seeing their discontent played out in nationalist propaganda, rallies, protests and violence.

What we’ve also been witnessing is their merging with the notion of white supremacy steeped in Nazi ideals and authoritarian fascism. At heart, it all comes down to wanting nothing to change and every person to look, think, and act the same—xenophobia mired in stultifying conformity.

“Hate hath no rage like a man discarded.” What that means is that white male nationalists are feeling like they’re a dying breed of purists made obsolete, valueless and inessential by virtue of diversity.

Ironically, for all their outrage about purity, DNA results are exposing surprising results for those wanting to prove their “whiteness.” Despite their dismissal of the results and discrediting the DNA lab process, there’s no denying the hard facts—they’re not so “pure.”

It may be that the fear underlying the need for purity and superiority is far more personal: fear of being forgotten and judged insignificant. That particular thought is behind many a man’s striving for greatness, fame and status. They want inclusion in history books—and not as a footnote. That drive is very often rooted in self-esteem issues.

A great deal has been written about self-esteem. How one achieves self-esteem is derived in innumerable ways, including building oneself up beyond what is real. Attempting to dis-identify with feelings of low self-worth, a man can swing in the opposite direction as a self-defense measure. If he feels continuing and long-term stress in this area, he can intensify his defense mechanism to the point that he eventually believes he’s being victimized.

Over time, defense mechanisms can become myopically and irrationally driven. Slights, censorship and inhibiting suppression are perceived everywhere. Ultimately, all aspects of life are judged through this lens to the point of being unreasonable—except to the man experiencing it. To him, it’s all very, very real.

It’s pretty easy to see how a man experiencing this pervasive fear could feel under siege. That to which he has been moored is now itself adrift in a sea of malleable reality.

The conventions and truths he’s arranged his life around, the ones that gave him a sense of meaningful comfortableness and realness, are dispersing into mist. Trapped, he reverts to the white nationalist trope of God-given superiority, domination, traditionalism, tribalism and conventional conformity.

But, as John Kenneth Galbraith stated, “The conventional view serves to protect us from the painful job of thinking.” And that is what much of the stumbling block here is about: non-thinking. What we get is irrational reactionism, rationalized dogma, self-justifying victimization, obtuse righteousness and intractable fanaticism. This combination has created a whole new level of toxic masculinity that’s also transmuted into toxic tribalism.

An antidote to this mindset feels very much out of reach: to break down the defensive walls built around the hearts and minds of men caught in the clutches of this calcified, fear-induced mentality. Attempts to break through have been met with rigid stubbornness, regressive entrenchment, condescending dismissiveness, resolute denial, blind adherence to dogma and one-dimensional judgmentalism.

Despite this and the hostile polarization it creates, I believe it is possible to break through this state of mind.

To me, the key to unraveling toxic masculinity—and by extension toxic tribalism—is the melding of authentic communication with mindful action and respect. The foundation supporting this triumvirate is fortified by trust, compassion and understanding. The enlivening sphere in which this dynamic occurs embodies unconditional loving, serving and giving.

All nine work in concert with each other, an interwoven matrix of potentials, creativity and growth. They appeal to the deepest, most authentic part of ourselves, that which understands our intrinsic inter-connectivity, immense value and elegant uniqueness. It fears neither the unknown, nor that which is different and other.

It strives to transcend the minutia-driven, insatiable ego driven by lust, anger, vanity, greed, and attachment. It instead hears, sees, feels and comprehends with the heart, not the distrusting, easily deceived mind. It listens for the soundless voice of intuition and insight and seeks the highest in all things for all of life.

“Hate hath no rage like a man discarded” need not be the ongoing story consistently headlining the news. Resist it, yes, but not in an “us vs them” standoff. Instead, choose inclusion and communication through mindful listening, action and respect.

Pause, take a step back to gain a more dispassionate perspective, breathe, settle your emotions. Allow the most fundamental and essential part of you to be heard. That is the authentic you, free of the world’s convoluted, misbegotten rules and constraints. Choose to be free.

Photo by Alex Mihai on Unsplash

Facebook115Tweet2PinEmailShares117
wpDiscuz
1
0
Would love your thoughts, please comment.x
()
x
| Reply
Share this ArticleLike this article? Email it to a friend!
Email sent!