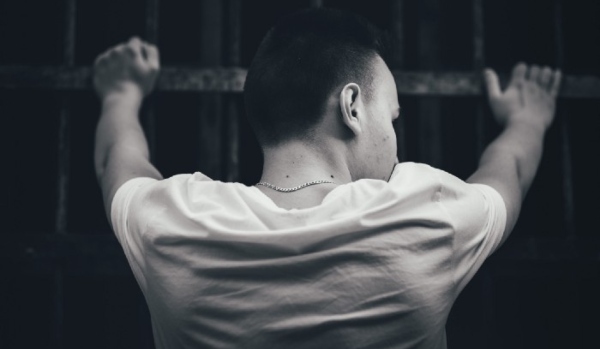 What happens if incarcerated men and women are given a second chance at life’s opportunities; in particular a better, higher education?

It’s been clearly proven that those who are able to access such an opportunity return to society as well-educated individuals with a new sense of integrity, compassion, worthiness and personal determination to live a better life. This was made clear in the Emmy-nominated PBS documentary College Behind Bars. The four-part documentary follows long-term prison inmates in New York State who become graduates via one of the most rigorous and effective prison education programs in the United States — the Bard Prison Initiative.

Long-term prisoners in the United States enter their jail sentence having been labeled as a threat to society. Yet our current society has also failed them. Born into poor neighborhoods where educational facilities are inevitably poorly resourced; where drugs and gunshots are part of everyday life; with the challenges of racial and minority discrimination added to the mix, these prisoners’ early education has often been more about survival in the ‘hood than any real chance of progressing to a better way of life.

Men and women students of the Bard Prison Initiative are selected from inmates serving long-term sentences for serious crimes. Many have already been incarcerated for ten or twenty years or more, having entered the prison system as teenagers. Some of them have gained their GED — necessary for entry to the college course — while incarcerated.

While applicants undergo a meticulous selection process, the crime the person was convicted of does not play a factor in the admission process. Bard College also says “BPI does not look at grammar, or spelling. .. They look for people with active minds, intellectual curiosity, and potential for growth.”

Each selected student is offered a ‘golden ticket’ chance to engage in a liberal arts course, choosing from a variety of subjects such as literature, languages, and social studies, all provided by Bard College, a private college in New York State. Each course toward an Associate or Bachelors degree is held totally within the prison confines while being delivered to the same standard and with the same level of tutorage as that received by those attending college in the normal way.

Personal growth is far from the primary focus in US prisons

Many inmates enter long-term incarceration with a sense of low self-worth and little or no chance of bettering their selves, with indeed little true sense of their own potential. When released they regularly emerge back into society with a criminal record and that same label: of being unwanted, undervalued and perceived as a threat to society. Rarely are they given much chance of personal growth and change within the US prison system. While there are other heartening initiatives, such as dog or horse training programs, and a lower level of education, the main aim within the prison service remains implementing ‘punishment to fit the crime’, which often includes surviving internal gangland situations while laboring in mundane, poorly paid prison work.

US correction facilities have not succeeded in reducing imprisonment or recidivism. Consequently, as recorded in June 2020 the United States has the highest percentage of its population imprisoned, compared to all other countries where statistics are available.

Rodney Spivey-Jones, one of the students featured in College Behind Bars says “I’ve been incarcerated for thirteen years and I can tell you prison is here to punish us. It’s here to ‘warehouse’ us. But it’s not about rehabilitating. It’s not about creating productive beings. It just isn’t.”

The financial burden of incarceration

By 2017 the US prison service alone was costing taxpayers over $80 billion dollars. Yet incarceration carries a much higher total cost to the country. A first-of-its kind report by the Prison Policy Initiative laid out the total annual costs of incarceration, including judicial and legal criminal law (for prosecution and indigent defense) costs of $29 billion, plus ongoing costs of to families for their support of $2 9 billion. According to the PPI report total incarceration and associated costs amount to $182 billion.

Since it began as a pilot program in 2001, the Bard College Initiative (BPI) has created ground-breaking opportunities for college degrees within America’s prison systems. The idea was originally conceived in 1999 by Bard College undergrads in response to the national decimation of colleges in prison at that time.

In 2014 Governor of New York State Andrew Cuomo recognized that the annual cost of a prisoner’s incarceration was $60,000 per annum, and recidivism rate was at 40%. He envisioned that with a higher education, those leaving prison would have a much better chance of employment and contributing to society, thus reducing recidivism rather than being an ongoing burden on society and communities. Consequently, a higher education initiative within correction facilities was launched by Cuomo in ten prisons in New York State at that time.

“Giving men and women in prison the opportunity to earn a college degree costs our state less and benefits our society more,” Governor Cuomo 2014

Unfortunately, federal funding has been inconsistent. BPI relies on a variety of funding resources to maintain stability in its six interconnected prison college programs in New York State.

Transitioning to a better way of being

The PBS documentary proves without a doubt that the BPI graduates become changed people. As their back stories are shared, it becomes obvious how earlier situations in their communities and families have led to their crimes.

BPI says “After returning home, BPI alumni become independent taxpaying citizens. They work in business, the arts, and media; they attend graduate school; they have careers in the human services. Virtually none return to prison. They contribute to their communities in all the ways one might expect of any college graduates.”

Less than 4% of BPI college students may return to prison, whereas the national recidivism rate remains at over ten times that figure.

A 2020 report on incarceration by https://www.healthypeople.gov/ says “The U.S. releases over 7 million people from jail and more than 600,000 people from prison each year. However, recidivism is common. Within 3 years of their release, 2 out of 3 people are rearrested and more than 50% are incarcerated again.”

“What you see at the end is a testament to the power of education, and why it remains such a dangerous and underrated weapon against a racially and economically unjust status quo in this nation.”

Bard college graduates have gone out into the world to further their academic qualifications or they’ve put them to immediate use in the prison environment. For example, graduate Jules, featured in the documentary, became an Associate at the Ford Foundation, doing quantitative analysis on the impact of social justice grants. While serving the remainder of his sentence, Dyjuan earned his BA in Biology and Math and lives in NYC working in local politics.

While Rodney faced another five years before applying for parole in 2222, he has been tutoring, writing and taking classes, and volunteers as a hospice aide. Elias entered a PhD program in Comparative Literature. Although Tamara Barly had promised herself a chilled summer after returning to Taconic Correctional Facility for her commencement ceremony, she had seen a summer course in Environmental Studies and said enthusiastically “I don’t think I can pass that up.”

Some may argue that prisoners should not receive college-level education for free, when there are many outside of our prisons who cannot afford such a privilege. Yet depriving those in prison of this education will not benefit society, in the same way that denying those outside of prison that investment also deprives society and our communities of the best potential that all of us contain.

College education is not for everyone, whether outside or within prison. What the College Behind Bars documentary proves is that appropriate humane, moral support can nurture the best in people, even those that have been negatively labeled and condemned by society.

Now it’s proven that a person who committed a serious felony can transform into upstanding citizens, surely we can be more compassionate about these very serious societal mistakes. While saying a firm “No” to dangerous crimes and keeping society safe, we need to move beyond condemning that person forever.

Because their crimes are never the deeper truth of who they really are.