Dads are as responsible as moms for our future.
When Capitalism Rules, Humanity Dies. Cruelty fueled by profit, short-sightedness, division, and hate is literally killing us unless we stop it.

All resources affect global stability
Clean and potable water, fresh and uncontaminated air, healthy and strong biodiversities affect the whole world, not just the country or city or town in peril. We are not in an isolated bubble but in a global crisis. What we, as individuals, groups, and country do affects everything and everyone across oceans and continents. We have to do better and demand our local, state, and federal government do better – much better.

Extreme Capitalism
When competition is fair, and markets are accommodating, creativity and innovation thrive, jobs thrive, people thrive. When megacorporations buy up new ideas then shelve and hide them — maintaining the status quo. This manipulation crushes humanity under the boot of mediocrity and general despair.

Greenhouse gases fueling weather
Weather patterns, distorted by the heat cast into the air by the fossil fuel, manufacturing, and agriculture industries. The owners, the oligarchs, with full awareness of the consequences, chose to contribute to greenhouse gases, usurp resources, and foster a government that did not, and does not, hold them accountable. The truth is emerging in waves, what are we going to do about it.

Fight Media Silence
No one is talking about the catastrophic mid-west flooding which has rendered people homeless, livestock dead, farms decimated. No one is talking about the chemicals from fertilizers and weed-killers infecting the water flowing to and down the Mississippi and into the Gulf of Mexico, killing aquatic life and thus increasing the existing dead zone. Dead zone as in no fish. The scores of businesses around the Gulf that depend on clean water and fish for sustenance are in dire economic straits. Businesses gone. Homes gone. Towns gone.

Lives changed forever
No one is talking about those rendered homeless by fires fueled by drought. Or, the towns that no longer have communities to support them. Whole economies leveled leaving lives in chaos. No one is talking about the searing heat covering India and Australia, killing people, drying up water sources, and killing animals as well as slowing those economies.

Climate Events
Are you not experiencing a climate event in your neck of the woods? All it means is that it is not happening YET!
Raging rivers, dead industries, and ruined infrastructure mean a disruption in transportation, food, and goods. The further afield buyers have to go, the more expensive everything will get. With each increase in cost, millions will have to go without. Your next fresh cantaloupe may cost $20.00 — if you can afford it.

Dead People Don’t Shop.
Neither do the destitute, the homeless, or those who struggle to maintain shelter, food, clothing, and health care. Those counting profits, earning obscene salaries, and catering to investors only will soon be throwing out more goods than they sell and seeing a drop in requests for service. Less sales, less production. Less production, less workers. Less workers, less economic dollars. Less dollars spend, less goods sold. The cycle becomes a spiral that kills the company and bankrupts investors.

BE THE CHANGE
Dads, and Moms, can be the difference. March with your children. Demand government address the #ClimateCrisis. Go to corporate investor meetings and demand policy changes that support the environment and protect workers. Support and attend local efforts to clean-up the environment. Vote. Encourage others to vote.

Your efforts are the greatest gift you can give to yourself, your family, and future generations.

Plus: In addition to your local and national news sources, consider following BBC news and The Guardian. They both incorporate a non-American eye on the happenings around the world. Accu-weather menu: Severe, News, and Climate Change. NOAA National Oceanic and Atmosphere Administration’s National Weather Service (NWS) provides weather, hydrologic, and climate forecasts and warnings for the United States, its territories, adjacent waters and ocean areas, for the protection of life and property and the enhancement of the national economy. 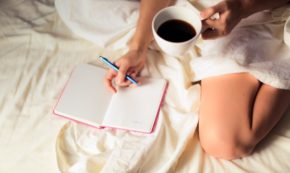 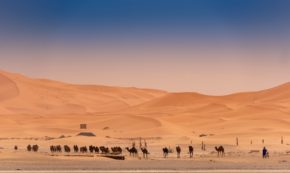 Facebook19Tweet1PinEmailShares20
wpDiscuz
0
0
Would love your thoughts, please comment.x
()
x
| Reply
Share this ArticleLike this article? Email it to a friend!
Email sent!