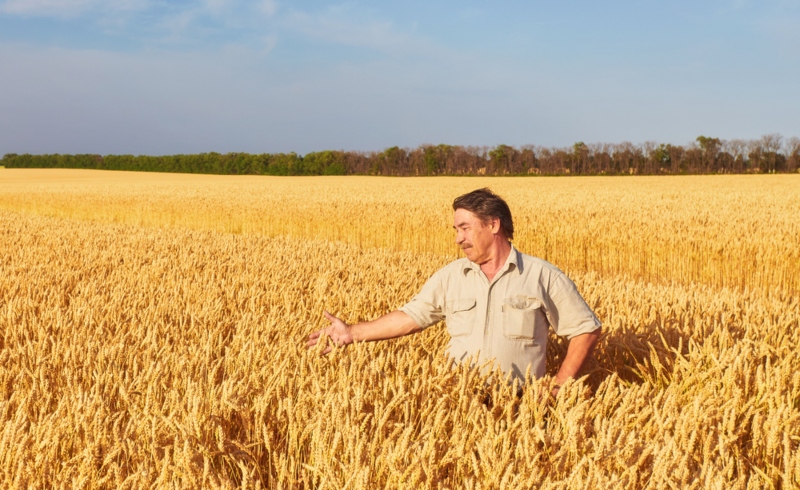 Butter your bread with respect. It represents a huge part of your greenhouse gas emissions. Everything about it has helped warm the globe and change the climate: most of all the ammonium nitrate that went into the soil to make it grow.

Bread is the staff of life and wheat the staple of western civilisation. But it comes at an environmental price, and a team of scientists in Sheffield in the UK has examined every crumb of information to arrive at the true cost of Britain’s daily bread.

They report in Nature Plants that they examined the environmental and energy costs of the entire process of delivering one particular brand of 800 gram loaf, from cultivating the soil to sowing and fertilising and applying pesticides, to harvesting, drying, storing and transporting the grain, then milling it, taking the flour to the bakery and – once baked – packaging it for sale.

“We found in every loaf there is embodied global warming resulting from the fertiliser applied to farmers’ fields to increase their wheat harvest,” said Liam Goucher, of the Advanced Resource Efficiency Centre at the University of Sheffield. “This arises from the large amount of energy needed to make fertiliser and from the nitrous oxide gas released when it is degraded in the soil.”

“Our findings bring into focus a key part of the food security challenge – resolving the major conflicts embedded in the agri-food system, whose primary purpose is to make money, not to provide sustainable global food security . . .”

The British alone buy an estimated 12 million loaves of bread each day. According to the Sheffield scientists the global warming potential of each single loaf throughout the entire supply chain was 0.589 kg of carbon dioxide equivalent – and more than 40% could be attributed to the ammonium nitrate fertilisers alone.

But bread’s climate impact is just one instance of the environmental cost of food: 60% of agricultural crops are grown with the use of fertilisers.

“Our findings bring into focus a key part of the food security challenge – resolving the major conflicts embedded in the agri-food system, whose primary purpose is to make money, not to provide sustainable global food security,” said Peter Horton, chief research adviser to the Grantham Centre for Sustainable Futures at Sheffield, and one of the authors.

“With over 100 million tonnes of fertiliser used globally each year to support agricultural production this is a massive problem, but environmental impact is not costed within the system and so there are currently no real incentives to reduce our reliance on fertiliser.”

Global population is rising, and ever greater numbers are moving to the cities. The dangerous cocktail of urban growth and global warming as a consequence of increased combustion of fossil fuels means that more food will have to be grown on less land under climatic conditions that increasingly could compromise grain yields.

So it seems unlikely that tomorrow’s farmers and consumers will of their own volition insist on lowering fertiliser use and reducing bread’s climate impact.

But Duncan Cameron, of the P3 Centre for Translational Plant and Soil Science, and another of the authors, said: “The fertiliser problem is solvable – through improved agronomic practices.

“These harness the best of organic farming combined with new technologies to better monitor the nutritional status of soils and plants and to recycle waste, and with the promise of new wheat varieties able to utilise soil nitrogen more efficiently”. – Climate News Network