Get Daily Email
Join/Login CLOSE
Home / Ethics & Values / Did Your Life Expand or Contract in 2020? 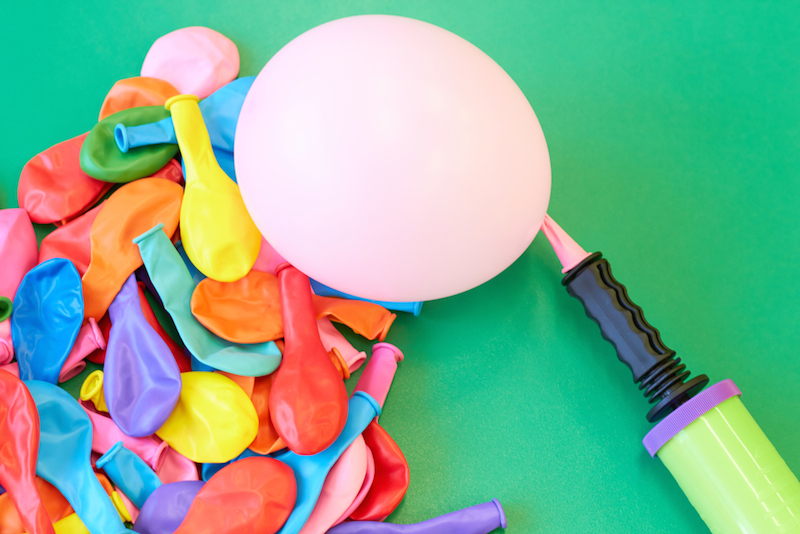 My wise father said often, “You never know what tomorrow will bring.” It was his way of indicating that we needed to cherish the present and the people sharing our lives. It wasn’t really about preparing for the perils and pitfalls, although he and my mom seemed to be able to rise to the occasion when loss and challenges showed up on our doorstep. He lost his father when he was a newly-wed in his 30s. My mother lost her father when she was 18. Both of them watched their mothers die when they were young parents with two children to raise. He lost his beloved younger sister in his 40s. Job layoffs had him scrambling to find work, which he did with flair until he was called back in.

He was a worrier by genetics since my paternal grandmother fretted over what she couldn’t control. I would often remind him that worrying about me wouldn’t keep me safe and his winking response was, “I’m your father. It’s my job to worry.”

Not in a million years could he have predicted 2020. For many reasons, as much as I miss my parents (he died in 2008 and she followed him in 2010),  I’m grateful that they are not here to witness firsthand, the fiasco that this year has brought with it. I’m relieved that I need not worry about their wellbeing. They would have called the behavior of the current (blessedly not for long) occupant of the Oval Office, a ‘shonda,’ which is Yiddish for a major shame and embarrassment. I believe in the power of prayer and the loving protection of ancestors. I send out cosmic communications to them daily to ask that they watch over the family. I am convinced that they have done a pretty good job. Since 2013, I have made it through with flying colors a series of health crises including shingles, a heart attack, and pneumonia.

New Years’ Eve 2019-2020, found me at the home of friends for an evening that started out with a meditation for peace and healing for the world, followed by pot luck food, singing, dancing, lively conversation, and hugging. Little did any of us know that it would be the last time for a long while that we would be gathering like that.

On MLK weekend I headed down to the DC area to attend and teach at the Interfusion Festival that highlights dance, music, relationships, yoga, and healing. I had the opportunity to facilitate or co-facilitate three workshops- Laughter Yoga, Consent and Boundary Setting, and a more than 600 person Cuddle Party. An environment where fun and phantasmagorical fantasy can play out. Once again, as I soaked up all the love, I hadn’t realized it needed to last me a good long time.

While I was there, I was checking my phone regularly, since we were awaiting a new leaf on our family tree; my grandson Dean. I kept talking to him, while he was about to make his grand entrance and asking him to please wait until the event was over since I was three hours away. That he did, as he joined us on January 21st. My little joy boy who, like my son predicted, is the center of my Universe.

A few weeks later, I headed to the ER with severe symptoms that including kidney stones, a high fever, cardiac arrhythmia, and dehydration. E Coli was the diagnosis and with inpatient treatment for a few days, I went back home to recover and return to my regularly scheduled programming of seeing clients in a group psychotherapy practice, writing articles, editing a book, organizing FREE HUGS events, and teaching mindfulness to children in daycare. A whirlwind, for sure. It was a pace that I had become accustomed to over the years. Sleep was sporadic; in part because of my schedule, in part, because my Spidey sense was twitching. Something was amiss. I couldn’t pin it down but I knew that the winds of change were blowing through.

This was all occurring in what I have come to think of as ‘the before times’.

The first announcement about COVID-19 a rare virus that was sweeping the planet came in late January. At the time, like many, I shrugged my shoulders and thought, erroneously that it would burn itself out quickly. How off-target I was, since, as of December 2nd, 12,917,200 people in the United States have been infected with the coronavirus and at least 262,800 have died, according to the New York Times.

A disease that not only robbed the world of lives but livelihood and quality of life, continues to rampage through. Everyone knows someone either, directly or peripherally, who has been impacted. Blessedly, those in my immediate circles have been spared. In my extended circles include one friend who recovered after a serious bout early on, deaths of family members of friends, diagnoses, and recovery of Facebook friends, and clients. I do what I can to remain safe since I am in that infamous high-risk group due to age and pre-existing conditions. This affirmed social butterfly has been resting her wings, staying home when I would have spontaneously gone out. I plan my ventures forth, making sure I am well equipped with a mask, hand sanitizer, and wipes in my car. I speak to people from a distance, intending to convey connection by smiling under the mask, and making eye contact. It would be so easy to lose our humanity under these circumstances when what we need to do is up the amps on it.

The only people I regularly see are my son, daughter-in-law, and grandson since I (along with her parents and sister) babysit the now 10-month-old who is walking, climbing, teething, eating big kid food, expressing himself, laughing, and cuddling. Mutually beneficial hugging and snuggling occur regularly. I am particularly grateful since early on in the pandemic, 11 weeks went by before I could see them. Touch deprivation on a grand scale.

I take major precautions when out in public. I decided to forgo the protests, rallies, and vigils that were held in my area, as well as the celebratory events that occurred post-election. The safety of my family matters more. Instead, I was part of a Ridin’ With Biden road rally and cheered from my living room and online with like-minded friends and family.

Staying had home has its definite benefits. I am thankful to have a job that enables me to see clients from the comfort of my dining room table and via the marvels of modern technology. I have saved money on clothes, makeup, gas, gym membership, and food. My living room has become my gym with a bicycle, rebounder, yoga mat, weights, an exercise ball, and a stretchy band. I take time every day between clients to do a mini-workout and then a longer one after work.

Early in the year, I felt a sense of despair and overshadowing fear. As the calendar pages turned, I too took a turn. The simple things are the most pleasurable, time with my family and baby drool among them. What I used to worry about, has been replaced with gratitude. Hope on the horizon with our new administration and a vaccine. Prayer helps immensely and I engage in it all throughout the day, sending out healing energy to cascade around the world.

Although it may seem as if my life has contracted, my world has expanded. Writing has always provided a healing balm. Now it is a way to stretch beyond the four walls that hold my existence.

When this is over and it is safe to emerge, I know I will have an even fuller, richer life that even with my vivid imagination, I could have conceived of.

How has your life changed in the past year?

For those who have lost loved ones, lost jobs, lost homes, lost income, lost hope, my heart is with you.