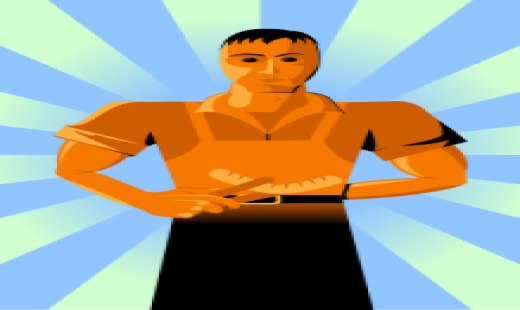 The stereotype that men don’t cook is a bizarre one given that it masks the issue of extreme under-representation of women in the food industry. According to Eater.com, as of last year women filled 21 percent of head chef roles across the United States. This is not even close to parity and serves as a strong counterweight to the stereotype.

If the focus were only on cooking as a profession, it would be more accurate to say that ‘women don’t cook.’

But it’s still a very misleading statement because women clearly do cook both professionally and privately and would certainly fill more head chef positions and win more awards and recognition if their male counterparts would make way. It’s unfortunate that even roles oft-associated with women can still be dominated by men when they are boiled down (pun intended) to money and status. If I close my eyes and picture which gender comes to mind when I think ‘household cook,’ it is likely a woman — but when I substitute “professional chef,” I think of Chef Boyardee.

My best guess is the stereotype comes from traditional gender roles.

When I contemplate 1950s suburban America, I think of a (white) man with a briefcase, white shirt, and dark tie coming home from work to a warm meal prepared by his stay-at-home wife. Whether the man was a good cook himself or whether he worked as a chef or in a non-culinary profession outside the house was not relevant to maintaining the status quo inside the house and ensuring no scrutiny or scorn from the Joneses next door.

Gender roles were sharply defined, and stepping out of them would lead to consequences. This is still true to a large extent.

I visited Japan a few years ago and stayed with a few different families and in each case the woman of the house cooked while the man of the house washed the dishes. What was odd from an American perspective, though, was that the women tended to drive more and allow their husbands to relax in the passenger seat. I point this out to emphasize that these gender roles are arbitrary: it could just as easily be expected of the man to cook dinner every night — whether he’s a chef or not — or that he cooks and washes dishes since his wife has the longer hours at work. It could be that he cooks every other day and cleans up on the days he’s not cooking. If he’s really a gem, he could cook, clean, and drive for the simple reason that he does not mind doing all three and is addicted to Red Bull.

There are near-infinite possibilities.

Men should continue to loosen up their gender-based expectations and carefully communicate with their significant others regarding the division of labor. This will ensure that men do cook: both privately and professionally but without stepping on women’s toes.

Free for commercial use
No attribution required
https://pixabay.com/en/barbecue-grilling-bbq-cook-29478/

Facebook26Tweet3PinEmailShares29
wpDiscuz
0
0
Would love your thoughts, please comment.x
()
x
| Reply
Share this ArticleLike this article? Email it to a friend!
Email sent!