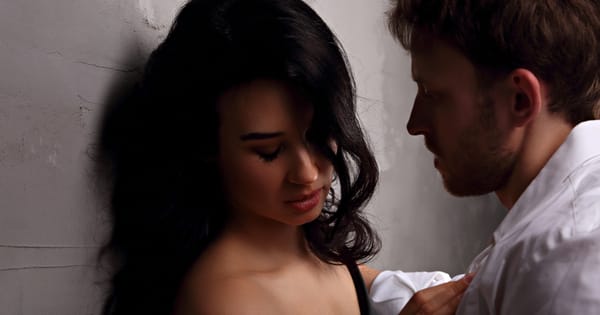 Some years ago, I took my then-five-year-old daughter to see the Pixar film Ratatouille. It is the cute story about a rat that helps a burgeoning chef. The plot line seemingly has nothing to do with abuse. Yet there’s a scene early in the film when the rat is peering into an apartment from the rafters when he spots a couple grappling over a gun. The gun goes off; then they run to one another, embrace, and kiss. I was deeply disturbed that Pixar intentionally included such glorification of abuse and in a film marketed to families, no less. Yet this is far from the only example. All genres of film continue to make abusive relationships seem normal. They tell young people that unless there’s “drama,” the relationship is boring or mundane.

Much has been written about the Twilight and 50 Shades of Grey book series and films, documenting how they promote dangerous verbal, physical, and sexual abuse along with stalking behavior. Gone Girl (2014), for instance, makes it seem as though false allegations are common when, in reality, the bigger problem is that abuse remains significantly under-reported. Abusers are often presented in such extreme fashion that one would think every case of domestic violence involves an ax-wielding mentally-ill husband who travels across multiple state boundaries in search of his victim who has fled. But even films that present a more nuanced perspective on abuse are still too formulaic. Films like Sleeping with the Enemy (1991), Dolores Claiborne (1995), and Enough (2002) rely on a violent confrontation between victim and abuser at the end. Diane Shoos, author of “Domestic Violence in Hollywood Film: Gaslighting,” wrote, “In order for these stories to even be produced in the first place, they have to rely on this formulaic approach where we absolutely anticipate there will be a confrontation between the victim and the abuser. So the work of the narrative is to completely isolate her and make it—ironically—totally her problem that she has to solve. In a strange way these movies are seen as empowering to women, but they’re not because everything is put back on women’s shoulders.” While seemingly empowering, these films portray dangerous messages that women should prepare themselves and fight back, rather than seek help elsewhere.

Media can do better. The Big Little Lies series, for instance, provides a more accurate depiction of the dynamics of abuse. We should demand that, rather than use story lines about abuse as a means of titillating viewers and in a fashion that reinforces dangerous stereotypes, filmmakers produce work that can help educate about abuse.

Facebook77Tweet4PinEmailShares81
wpDiscuz
Share this ArticleLike this article? Email it to a friend!
Email sent!