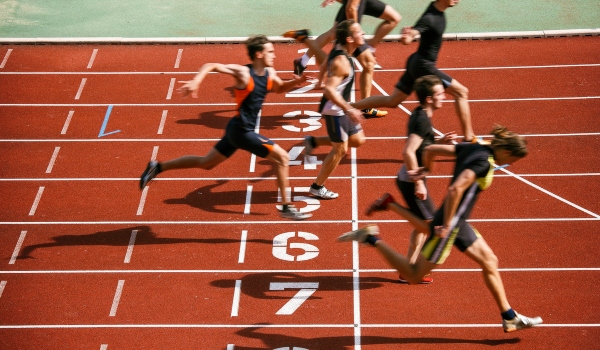 The evolutionary biologist Robert Trivers, a professor of anthropology and biological sciences at Rutgers University in New Jersey, is one of the most influential thinkers on evolution today. Four decades ago, he published a series of papers that teased out the intricacies of our relationships with parents, children, lovers and friends, and laid the groundwork for a Darwinian social theory. His hypothesis about reciprocal altruism explains the profound puzzle of why we help others who are not biologically related to us, even to our own temporary detriment. Quite simply: we expect that the other will return the favour at a later time. Trivers’s ingenious conception of parent-offspring conflict proposes that parents will want to invest equally in all their children (since they are all equally genetically related to the parent), while siblings will each try to get more of their parents’ investment, to the disadvantage of their brothers and sisters. He also came up with a novel explanation for why we so frequently deceive ourselves: the most convincing liar is one who believes his own lies. In the words of the cognitive scientist Steven Pinker at Harvard University: ‘It would not be too much of an exaggeration to say that [Trivers] has provided a scientific explanation for the human condition: the intricately complicated and endlessly fascinating relationships that bind us to one another.’ Trivers’s latest book, a memoir entitled Wild Life: Adventures of an Evolutionary Biologist, is published this month. Here, he discusses his two decades of research on symmetry, a phenomenon that seems to span all of nature, from physics to biology to art and architecture.

When you use the term symmetry to describe life, what do you mean?

Trivers: I am referring to bi-laterally symmetrical creatures, that is, creatures that have an imaginary line running down the middle of the length of their body – distances from this to a place on each side are symmetrical if they are identical. Likewise, you can compare elements on each side, let us say, ears, and ask if length and/or width are identical.

What captivates you about symmetry?

Trivers: It’s very simple: it is the only trait in which we know what the optimal value is. We might think your kidneys look perfect, but we don’t have an actual measure for the optimal kidney. So we can never say that you have managed to create the ideal kidney your body was aiming for genetically, in spite of the early perturbations and stresses experienced during development. We just don’t know. Or, we know that taller is better. We have data on this: the reproductive success of men increases with height. But it does not reach a maximum with the very tallest male. So we don’t know what the optimal height actually is. But where symmetry is concerned, we know that many organisms across nature aim for perfect symmetry, and often get close to it, within about one per cent in adult humans.

Why has symmetry provided you with so many insights into evolution?

Trivers: Because it is so consistent, we can study symmetry to better understand genetic fitness. Deviation from symmetry occurs because of stress during early development and genetic inability to compensate for stress. A huge scientific literature shows that bilateral symmetry tends to be positively correlated with health, physical strength and speed. That is why symmetry and asymmetry are linked to everything from greater sperm production and faster sprinting speeds to vulnerability to schizophrenia or infectious disease.

What is the latest research into symmetry and sexual attraction?

Trivers: Female choice of mate is responsive to symmetry. If you place arbitrarily coloured leg bands on male zebra finches, you get a very striking result. Put a red band over a blue band on both legs of a group of male birds, versus red over red on one leg, and blue over blue on the other in another bird group, you find that females spend twice as much time sitting near the birds whose leg banding is symmetrical. The females choose to sit next to males that they also give preferential sexual access to. This holds true for dozens of birds, insects and mammals, many with no paternal investment, so symmetry has to be an index of genetic quality. You also find the same thing in humans. Humans prefer symmetrical faces, and females seem a bit more sensitive to symmetry than males – not a surprise, since females tend to be more discriminating in choice of a mate. We’ve shown that male body symmetry and physical strength are related. Women prefer men who display ‘good genes’, as indicated by high symmetry, as well as fighting ability, as indicated by physical strength. When we looked at 69 heterosexual, right-handed men aged 18-42 years, we found that body symmetry was associated with hand‑grip strength. We concluded that symmetrical males tend to be stronger, and that might contribute to their success with females.

In the Jamaican Symmetry project, you studied children’s ability to run, as well as that of Jamaican elite athletes, who happen to be the fastest sprinters in the world. What did you learn?

Trivers: We have 20 papers published as a result of our work on the Jamaican Symmetry Project. We began in 1996 with 285 rural Jamaican boys and girls with an average age of eight. One reason we chose rural Jamaica is that it is economically disadvantaged, and since we paid all families we recruited for the study, we got an extraordinarily high participation rate. We measured their symmetry from head to toe, including everything from ear length to foot length to their teeth, we X-rayed their hands. We measured them again for symmetry in 2006.

In 2010, we measured their sprinting speeds and – bingo! – knees stood out. There it was, it was incredible, knee symmetry alone strongly predicted sprinting speed. Not ankles, not feet, nor any other part of the body. If your knees were symmetrical when you were eight years old, then you ran faster when you were 22 years old. That was true for males and females, and for 90‑metre and 180‑metre sprints alike.

This was such a striking finding that we raised the money to study elite sprinters in Jamaica. They are the best in the world. So we partnered with the MVP Track and Field Club in Kingston. And lo and behold, the same variable we isolated in rural Jamaicans held true for elite athletes. Knee symmetry predicted the best of the best runners. We looked at Shelly-Ann Fraser-Pryce, the current top female sprinter in the world, and her knees are so symmetrical we can’t tell them apart.

Is there symmetry in the brain?

Trivers: The two, symmetrical halves of our brains are connected to each other by the corpus callosum, and a woman’s corpus callosum is relatively larger than a man’s, suggesting their two hemispheres share more information. We know from functional magnetic resonance imaging that when the brain lights up while solving linguistic or spatial problems, women use their brains more symmetrically. Thus women’s brains are intrinsically more symmetrical. As a biologist, I regard that as an advantage until you show me otherwise. Symmetries give you extra powers, beyond just doubling something. Think of your two symmetrical eyes with their overlapping fields of vision – they give your brain enough information to create three-dimensional sight.  Your two symmetrical ears allow your brain to locate the direction of sound, something I miss because I’m now deaf in one ear. I often wonder if women’s more symmetrical brains give them the equivalent of a three-dimensional, stereophonic social intelligence.

So symmetry impacts our social intelligence too?

Trivers: Apparently so. We showed in 2009 that our generosity depends on our perception of another’s symmetry. We used the ultimatum game to measure response to symmetry. In this game a ‘proposer’ offers to split a sum of money with a ‘responder’ who might accept or reject the offer. If the offer is accepted, each receives money; if rejected, nobody receives anything. We recruited 82 female and 106 male Jamaicans. Each played the game with a responder of the opposite sex. They were presented with a photo to represent the responder. In one game they received a photo of a symmetrical face; in the other an asymmetrical face. Seventy-four people offered more money when they thought the photo was attractive and, of these, 29 picked the symmetrical photo. Eleven people were more charitable – they cited need, not attractiveness, as their motive, and they always gave it to the more asymmetrical face. 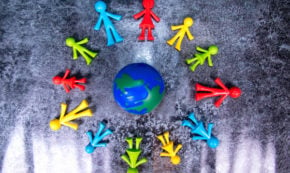