Get Daily Email
Join/Login CLOSE
Home / Ethics & Values / To Resolve or Not to Resolve?
Embed from Getty Images

With all due respect to auld lang syne, overwrought midnight kisses, sanitation crews working overtime to clean the confetti from Times Square, all the engagements and all the raucous celebrations and all the hangovers: January 1 is (essentially) an arbitrary date. The ancient Mesopotamians celebrated a vernal (spring) equinox. Egyptians, Phoenicians, and Persians observed an autumnal equinox. Chinese New Year is lunisolar, and both the Islamic and Jewish traditions observe a fall lunar calendar.

The earliest January 1 celebration was roughly 150 years before the birth of Christ. In 46 CE Julius César proposed a reform of the Roman calendar, officially moving the start of the new year from March to January. New Year’s Day fluctuated for around 1,500 years, until the Gregorian calendar officially replaced the Julian calendar in 1582.

Yesterday is only marginally different from today. You inhabit the same body. You’ve got the same goals, the same propensities, the same problems. You’ve inherited the same world; you are still living on the surface of a ball of iron, protected from the cold of space by a layer of atmosphere so thin, you could fly to the edge of the stratosphere in less time that it takes to catch a subway from The Bronx to Brooklyn. You’re still hurtling through space at 67,000 mph, orbiting an exploding ball of hydrogen, which is flying through the galaxy at 45,000 mph.

It’s time to get as uncomfortable about the suffering of others as you are about your own. Injustice and systemic oppression aren’t going to end themselves.

Which makes choosing New Year’s Day to make resolutions curious, at best. You’re still the same person you were yesterday. I know for myself, I want the same entirely unreasonable things today as I do every morning I wake and draw breath: the keenest insights, the most meaningful relationships, boatloads of money from an intellectually challenging career, friends worth going to the ends of the earth for, love stronger than the elemental forces of nature, back breaking/spine-tingling/goose bump-raising/scream until you’re hoarse sex, belly laughs, six pack abs, and hey! How about we end racism, sexism, heteronormativity, patriarchy, and income inequality while we’re at it?

So screw all the wishes for world peace. For the new year I wish you discomfort; comfortable people don’t change the world, or themselves. May your favorite jeans be a bit too snug; your bank account a digit short, and your outrage over social ills undiminished. Start with whatever general dissatisfaction you have around your own life. Quit that habit. Lose that weight. Learn that language. Get that promotion. Quit that job. Launch that startup. Volunteer. Donate. Travel to that place. (Respectfully) approach that crush. Fall madly in love. Have those kids. Settle that feud. Just don’t stop there. It’s time to get as uncomfortable about the suffering of others as you are about your own. Injustice and systemic oppression aren’t going to end themselves.

Be unreasonable. Resolve to change the world. Start with yourself. Now is as good a time as any. 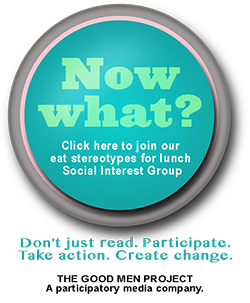 Facebook673TweetPinEmailShares673
wpDiscuz
1
0
Would love your thoughts, please comment.x
()
x
| Reply
Share this ArticleLike this article? Email it to a friend!
Email sent!