Reports that Mr. Mom is dead have been greatly exaggerated, according to Zach Rosenberg of 8BitDad

So there’s this movie that ended up defining a generation of dads, called Mr. Mom. It glorified the buffoon father – one who was so entrenched in work that if he were required to spend any time at home with his own children, he’d end up covered in baby feces and lighting dinner on fire.

Begrudgingly, fathers yes deared through the image of the buffoon father for some years, then fought it. And all that happened in a really short timeframe. Now, evidently, the Mr. Mom image is dead. Just like that. Just. Like. That.

What Time’s the Funeral?

In her Wall Street Journal article on the death of Mr. Mom, Sue Shellenbarger declares “Mr. Mom is dead.” And then “At least, the pop-culture image of the inept dad who wouldn’t know a diaper genie from a garbage disposal has begun to fade.”

In her eulogy of Mr. Mom, Lisa Belkin says he’s “survived by the 70 million Dads across the country who do not need applause, or a silly demeaning moniker, when they matter-of-factly take on their share of domestic tasks.”

Are you seeing a trend here? Women have declared the end of the Mr. Mom era. Fathers, however, happy to hear the news, are still living through it. To their credit, Shellenbarger and Belkin did fine jobs arguing in favor of fathers, which sure whipped dads online into a collective erection so hard it nearly split the internet at the seams.

Nevertheless, that’s fantastic – finally, men and women, dads and moms, all on the same page. Right?

Ooh, ooh, and the sociologists too! Shellenbarger points to The Journal of Consumer Research, which “recently” published an article that might bring legitimacy to the claim. The article, (get ready for this) called, “The Status Costs of Subordinate Cultural Capital: At-Home Fathers’ Collective Pursuit of Cultural Legitimacy through Capitalizing Consumption Practices,” affirms that dads are no Mr. Mom.

Wait, I’ve heard that long name before. Probably because I wrote a blurb on it last December. Remember, it won the “2012 8BitDad Keep It Brief Award”? An elephant never forgets.

So, hey, no biggie. I won’t act like a month-old study is old news, because it still is, in all senses of the word, “recent.” Here’s the thing – Shellenbarger drummed up the “recent” article as the basis that Mr. Mom is dead. But, she also mentioned some great examples of fatherhood, as well as the NYC Dads Group and the The National At-Home Dad Network. Both great groups that dads need to know about. She didn’t link to them, so I gotcha covered. And evidently, according to the NYC Dads Group, Shellenbarger did do her homework, and talked to at least 15 of the dads in the group. So, kudos for that.

Well, the devil’s in the details. The short answer is “yes.” But you’re not here for short answers.

I like recent articles too. Here’s a couple of talking points that we need to work on before we can declare things dead, gone, or even fading:

Other reactions around the dad blogger universe included Daddy Files blogger Aaron Gouveia, who said “when one media angle is all used up, we need to go to the next one. Hence Mr. Mom and then the End of Mr. Mom.”

Lance Somerfeld, co-founder of the NYC Dads Group, and a dad that Shellenbarger interviewed for her article, told me that “we’re not sold on the ‘death’ of Mr. Mom…but, we are certainly trending in a better place than we’ve been in moving the conversation forward that dads are capable, nurturing, and involved.”

Then there’s this: the term “Mr. Mom” is a knock to both moms and dads. “Calling a working mom ‘Mrs. Dad’ wouldn’t just be inappropriate if it suggested she’s bumbling at the job,” says dad blogger Chris Routly. “It would be inappropriate because it suggests that she’s doing the work of a man.” So too is calling a man “Mr. Mom”; you’re assuming that taking care of the kids – and poorly at that – is a mother’s job.

(Coincidently, Routly recently wrote a post on his own site, Daddy Doctrines, refuting other critics of his parenting who suggest it’s “emasculating” for him to be a stay at home dad.)

And what better way to prove to fathers that they’re not just doing women’s work – and what better way to prove to women that raising kids isn’t just their work – than to give fathers parental leave when a child’s born? As of January 1, 2013, we saw Finland start to give new dads 54 days of paid paternity leave. Swedish dads are even more fortunate, getting 480 days (that’s not a typo) of paid paternity leave.

Maybe, here in the United States, Mr. Mom won’t die until he’s not looked at as the exception to the rule. So, maybe then it’s time to make him the rule by rewarding him – or at least treating him equally – to do so. As Somerfeld said, we’re in “a better place” than before. But we’re not there yet.

Gouveia made another comment that was too good to cut down:

Because so much is expected of mothers, they feel the burden to be perfect. Meanwhile as long as we don’t drop the kid on his/her head and spend a few minutes together, we’re superheroes.

But what that leads to in a lot of cases is an overbearing and know-it-all mom. Moms who need to do everything the “right” way without realizing that in many instances, there are several right ways. But if dads do things differently, they’re told they’re wrong. That leads to them pulling away and not being as involved. That’s why women need to let go of the reins and dads need to get past that initial pushback and keep stepping up.

But the feeling isn’t universal. Even in our Dad Bloggers group on Facebook, there’s discussion about whether the Mr. Mom image matters. “But what is it that we as dads don’t have that we want,” asks John Willey, the dad behind Daddy’s In Charge.

“I just think it’s not worth getting upset about,” said Mike Julianelle, the voice of Dad And Buried. ”I think being a good dad speaks for itself. Eventually so-called conventional wisdom will catch up.”

Finally, Out With the Kids blogger Jeff Bogle, literally says “whatevs” to it.

As fathers, we’d love to know that the image of Mr. Mom is dead, preferably put down as inhumanely as possible. But we know it’s still alive and well, and living in our neighborhoods. We may not all hear it daily, but it’s out there. And because a few favorable reports have surfaced, fathers shouldn’t rest easy. Mr. Mom is still with us. He’s not looking so good, and doctors honestly don’t know if he’s got a couple more weeks left in him or, more likely, a couple more decades.

But just in case, we filed the “do not resuscitate” order.

—this first appeared on 8BitDad

Zach Rosenberg is a husband and father living in Southern California. He is co-founder of
fatherhood news site 8BitDad.com, and a contributor to HLNtv.com. You can also find him on Twitter @zjrosenberg.

What is that photo of the fire supposed to be? A symbol of something?

If we’re going to continue to pursue ideals of ‘equality’, we need to use equal standards. I’ve gotten all sorts of ‘good dad’ comments for things that, IMO, are just givens of being a parent. I don’t deserve any special recognition for them.

I’ll say this, too: restaurants need to stop the practice of having diaper changing stations *only* in the woman’s restroom.

I’ll be submitting this as comment of the day: “As always, good use of the boner as a rhetorical device.”

Nice meta-analysis of the recent hoopla, Zach. And, as always, good use of the boner as a rhetorical device.

Thanks! One of my resolutions for 2013 was to work more penis talk into my writing. 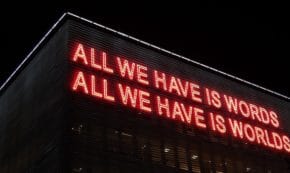 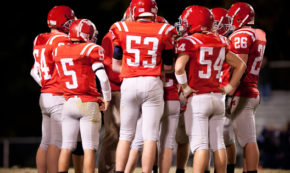 END_OF_DOCUMENT_TOKEN_TO_BE_REPLACED

Facebook26TweetPin1EmailShares27
wpDiscuz
Share this ArticleLike this article? Email it to a friend!
Email sent!