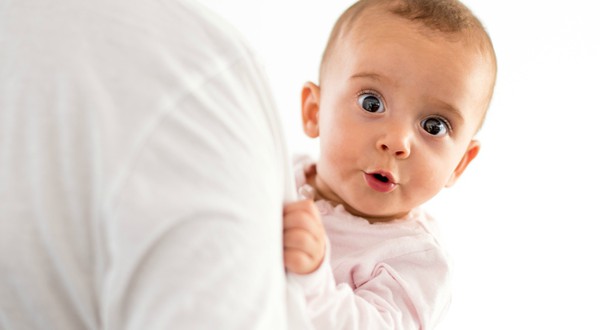 We only really get any clue of what’s actually happening around us much later – with the benefit of time and distance.

This is certainly true when it comes to parenting.

Now that I’m a dad of two, my perspective is COMPLETELY different to when I was at the coalface of childcare for an ‘only child’.

YOU CAN ALWAYS BE BUSIER

Back in the heady days of having one child to look after, I thought I was constantly busy. Actually that’s an underestimation: I thought I was as busy as it is possible to be.

You know those anti-bacterial sprays that say they kill 99.99% of germs (and they leave off the final .01% just in case there are nasties out there that haven’t been discovered yet, that they’re not killing – but it’s not really likely)?

I have now discovered that I was wrong.

Yes, I was pretty up against it – as we know, looking after one tot is no walk in the park (except when it is a walk in the park, and that’s no guarantee of having a good time) – but adding another child to the equation opens up a whole new world of pain.

These days I feel like I’m a robot in one of those bad 80’s TV series. Stay with me. My controls have stuck in fast forward and I’m operating in a hilarious manner at high speed. In a moment or two my head will explode and someone will quip about me being a ‘Hot Head’ or something equally droll.

Essentially, I’ve learned that there are no limits when it comes to children, there will only be more and MORE things to do… more and more reasons to be busy. It’s all about reconciling yourself to this and hoping that when your head does eventually explode, and it will, someone is around to put you back together again.

TIREDNESS HAS NO LIMITS

As with being busy, there will always room for you to be even more tired than you are now. Since becoming a parent, I’ve come to the conclusion that tiredness has a taste – somewhere between Dandelion & Burdock and liver. It lingers unpleasantly on the palate as you continue with your activities in a muted way, fantasizing about the next time you get to lie down.

I know this is obvious, but sometimes the really obvious things don’t mean much to you until they’re pointed out. With one child you just get them off to sleep and then you can relax (or more likely try and do all the jobs you’ve not managed to do in their waking hours). With two children you have to get both of them to sleep before any respite (or ironing) is possible. There are days when getting my baby daughter to nap, without her being woken by my boisterous almost 3 year old feels a total impossibility – like playing 3D Chess… underwater… blindfolded.

As such, the little nooks and crannies of time that you put aside to recuperate when you’re supervising one child disappear when the second arrives. I said in the past that I looked like an extra from ‘The Walking Dead’. These days I look like an extra from that show, who’s been victim of an overly enthusiastic makeup artist and the producers have had to intervene and tell them to tone down the gore as it’s all getting too much…

I genuinely can’t remember what I planned to write here…

When it comes to the second kid, you are constantly dogged with a feeling of deja vu. From exploding nappies to the lingering smell of milky vomit, it’s impossible to shake the feeling that you’ve done all this before and can’t quite remember why you agreed to do it again.

Don’t get me wrong, I wouldn’t swap our new little one for the world.

It’s just, combined with the tiredness, you can often find yourself a bit confused – it’s like that feeling when you get halfway through an episode of your current box-set obsession to discover you’ve seen this one before.

IF I HAVE A SKILL, IT’S NAPPY CHANGING

I am the KING of the nappy changers.

Yes, that’s right. I used to be quite good at changing nappies. It’s all in the wrist, you see.

The advent of a second recipient of Pampers/Huggies/etc. has taken my nappy changing game up to another level. Olympic standard at least!

If, in my dotage, I ever find myself in nappies again, I’ll be able to apply them to myself with all the skill of a past master!

—
This post was previously published on www.outofdepthdad.com and is republished here with permission from the author.
—
Photo credit: Istockphoto.com