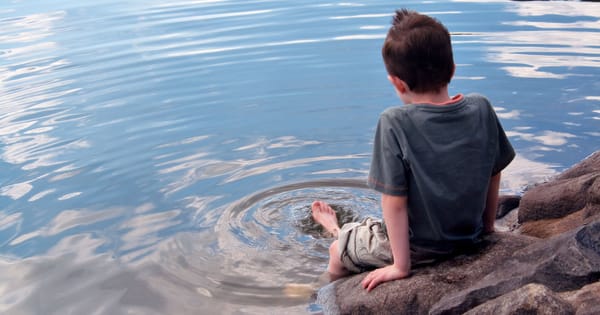 Last night I spent well into the early hours of the morning talking to an old, old friend. We went to school together back in the early 90’s and there are many memories I have of us getting up to no good. Taking days off and getting drunk to asking for fake sponsorships so that we could get money from unsuspecting neighbors were our brand of antics. We weren’t bad kids, though. I mean we didn’t do anything really bad that would have us known to the police. Nothing that many normal people didn’t try and get away with hadn’t their parents intervened. As teenagers we all try and push our boundaries.

Yesterday we spent several hours going over and laughing about the crazy times we had. That was until she asked me if I had ever suffered from anxiety. It was a probing question because she wanted to know more of my experience, being a sufferer herself.

Perception is terribly subjective. To me, I thought everyone knew I suffered from soul-crushing anxiety. It was one of the biggest inhibitors I had to leading a healthy childhood at the time, thinking that everyone knew I was a nervous boy and did things to make me more nervous.

But I’ve found this not to be the case — the more people that I talk to from my childhood the more that I realize I hid it well. My friends were kids themselves and lacked the necessary experience in life to immediately notice an anxiety-riddled person. The things they did around me to make me more nervous was just them being, well, kids themselves.

So, it took me back that she asked me this as I already thought she knew. I thought everyone knew, which is why I haven’t written much about anxiety. Obviously not. So today I am baring my ex-anxious soul. I don’t suffer from anxiety anymore and there are a few reasons for that.

People didn’t understand at school that I was an abused, forgotten, and devastated kid at school. My own dad couldn’t give a shit, the main role model father in my life died, and it was if no-one cared enough to talk to me about any of it. I hid it well. I put on a big old mask and pretended I was better than everyone else. I was able to put on a good show because I was relatively good at my education and very sporty. I was able to look down on other kids and that gave my emptiness some reprieve. This is how I solved my emptiness, sadly.

Anxiety was my nemesis as a child. I couldn’t sleep at night and I was terribly scared to do anything a bit out there that strayed from my regular comfort zone. For instance, I had many offers for dates as a kid but I never acted on them because I was too frightened that they would laugh at my awkwardness. It took a long time for me to realize that dates were awkward for most people.

Anxiety is a manifestation of underlying unresolved issues we have. It becomes easier when we realize that anxiety in itself isn’t an illness, it’s a symptom of deeper, more fierce issues bouncing around in our subconscious — we feel anxious because of something. We never just feel anxious because of nothing, even if a lot of the time it may seem like the case. I’ve had panic attacks crop out of nowhere, and also the deep feeling of dread that you can’t shake. Of course, you can never eliminate anxiety completely. Sometimes a little bit of anxiousness is healthy, like before you go out to speak in front of a thousand people. It keeps us on our toes.

To say that people suffering from anxiety need to just get over themselves would be to admit that you don’t understand anxiety. I used to think that my anxiety was caused by one or two things, but the deeper I probe into my life I’m realizing this wasn’t the case at all — and sometimes tackling the root causes can be very restricting and paralyzing.

Anxiety is at base fear. Once you conquer the fear then the anxiety ebbs away. But how do we conquer that when life throws fearful situations in our faces all the time?

How do we feel positive when all we do is feel fear? Personally, I chose to tackle what was causing me the fear head-on. When we think of our deep-rooted fears then we desperately cling onto something else. The mind doesn’t like to go to those places; the dark, barely tread on parts of our souls that hurt us so deeply whenever we give them a glancing thought.

My first path to the light was completely stopping anything that messes with my brain. Alcohol, drugs, whatever. If it messed with my brain, then I gave it up.

I’m no neuroscientist but it doesn’t take much thought to understand that prolonged intoxication of any kind, whether it once a day, once a week, or even once a year is going to mess up your mind in some way. Giving up that was instrumental to my recovery — I no longer feel out of touch with reality; whatever I experience is my experience and not a half-assed version of myself. The mind heals itself. So, there’s always hope.

Secondly, I faced my fears head-on. It wasn’t easy to do, like these were fears that had me awake at night. I had to have help in getting the bottle to discuss them. Those that I touched with my special brand of fucked-upness; I tried to make amends, I tried to apologize for the lives I had damaged in my wake, I tried to ask for forgiveness. Some did, others didn’t, but I eventually realized it was more about forgiving myself than seeking forgiveness. Knowing that I had extended an olive branch out there was enough to know that I was trying to work it out.

Thirdly I learned about control and how to relinquish it. Us abused people are terrible with control. As kids, we learn that when we control our surroundings things go our way far better. If I make dad happy then he probably won’t hit me again.

It is easier to control other people to fit into the way we see the world rather than tackle the hurt that sits there, so deeply, in our souls. I learned that the only person you can control is yourself. Others, they have their own minds. Dealing with life as it came to me seemed far easier than forever trying to control outcomes that hadn’t happened yet.

Accountability was probably the hardest lesson I had to learn. Yes, I had apologized to these people for the hurt that I caused them but was I really being accountable? Was I truly making amends for the shitstorm I had landed at their doorstep?

Being accountable is owning up to when you’ve fucked up and trying not to make those same mistakes again. You can apologize and move on, or you can think about what you’ve done and make a mental note to change your behavior in the future. Leading by example is one of the most powerful life changers out there. Most people say lots of things, very few people follow through with what they say.

I don’t suffer from anxiety anymore. It can be worked through, but it’s a long and arduous journey likely to take you to some of the most frightfully true realizations about yourself. Not for the faint of heart. But it’s well worth it if you do go on it. Just, get someone to help. A professional. A friend. A family member. It’s a journey that can’t be taken alone.

I can’t say feelings of anxiousness have totally gone because I still feel anxious when I’m in a new situation, or there’s something happening that I feel is out of my control. But I feel that is healthy anxiety. We all get anxious from time to time.

Facebook35TweetPin1EmailShares36
wpDiscuz
0
0
Would love your thoughts, please comment.x
()
x
| Reply
Share this ArticleLike this article? Email it to a friend!
Email sent!