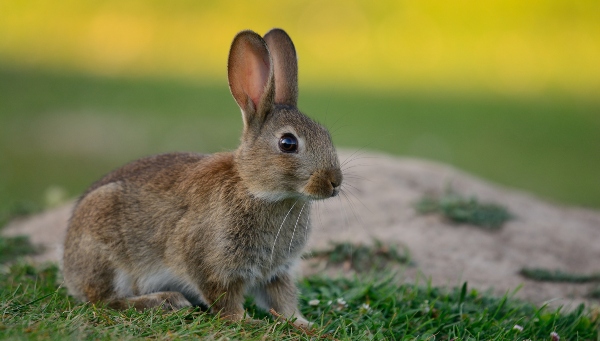 A while back I wrote about going down the rabbit hole to find out what is truth and what is delusion. The term red pill, borrowed from The Matrix is the rare moment of enlightenment when you finally can discern what is really going on around you after taking a brain rinsing, red pill.

Being human, of course, we all live in delusion to some degree, but voluntary delusion and skeptical analysis of what we are told is reality, are two different things. I have decided to reexamine and update that previous article because violence against women is in the news again with the kidnapping and murder of Sarah Everard, and the seemingly unrelated charges against New York governor Andrew Cuomo.

I have a friend, relative actually, who has recently begun to dig down into the rabbit hole of the manosphere. What is most surprising, I suppose, is that she, (I will call her Alice) is a she.

For those of you who may not be familiar, being red pilled is oppressed-male speak for finally learning the truth about reality.

The term red pill comes from the 1990’s cult movie favorite, the Matrix. When our hero, Neo takes the red pill, he learns that all he knows of life up to now has been an elaborate delusion. Reality is actually manipulated within a Matrix run by evil robots (and/or AI drones and hapless slaves) that use human beings for battery power, and control every aspect of existence in order to just mess with humans to keep them comfortably compliant to lay in pods and somehow produce more power than they consume. Where a food source comes from (?) in a world devoid of bio diversity — that’s food — is best not thought about. Before they built the AI overlords, apparently the humans nuked the hell out of the planet and then blocked out all sunlight in an attempt to stop the robots.

This movie is charming, despite this, and is well worth watching, especially if you remember pre-TSA security lines.

The premise should not be thought about too deeply, or questions arise as to why with limitless powers of many kinds in the Universe, the foxy bots use messy, fleshy, about to become uppity, people- in-pods, power.

Nevertheless, this dystopia of a hallucinated world is the one the Red Pillers decided upon to describe evil robots (women) who drain humans, (men) in order to control the world.

Once you have taken the Red Pill and come around to see the “truth” you will find, that it is not men who rule most nations, corporations, and families, but that it is all manipulated by women. These women are so incredibly clever, they do not even realize that they are in a conspiracy to run the world and exert their power. Women use their wiles to manipulate, but also to dominate from behind push up bras, trays of tasty cookies, and seemingly subservient roles that somehow lead to things like Predator Trump in the White House.

Alice, upon realizing she has likely been one of these women all her life, has begun to make amends by apologizing to men for hysterical women who still have the temerity to oppose inequality, harassment, rape, and that whole child care thing.

Women, you must understand, still tend to do the bulk of child care and this is unfair. Men who have gone down the rabbit hole see that all too often the mother is given custody in divorce cases, (actually a tiny, tiny fraction of family custody cases go to court at all). And, men, simply by virtue of holding better paying jobs, are expected to support those kids.

Hopping down the bunny trail to oblivion

At the very broken heart of the manosphere are the Incels. Incel stands for involuntarily celibate. These are males who having taken the red pill, know that women live only to reject them. These women delight in rejecting as cruelly as possible. The timid rabbits cannot seem to wrap their minds about the concept that women may have minds and bodies of their own. These women, wearing bunny ears or no, do not owe these to any other person.

Incels, when overly rabbit hole-hopped up, on the raging red, have been know to pen manifestos and commit ‘inspiring’ murders.

Alice and I had a talk. I agreed that men are somewhat put upon these days, because women are demanding a kind of respect that has never been demanded before.

We agreed that men are not toxic (except the rare toxic ones) and that most men really are just doing the very best they can. We agreed that magnificent masculinity is as much a thing as toxic masculinity, but hasn’t needed to be discussed so much until now.

Yes! Feminists love men who are strong, emotive, sensitive, courageous, and courteous. We agreed that the #MeToo movement is something many people are still struggling to understand.

What we all need to accept about acceptance

Consent is something that even now, so many people just can’t comprehend. The words “No means no” are just too confusing.

Alice thinks a woman who puts herself in this position is foolish, and although not explicitly “asking for it,” she is surely partly to blame for what happens to her.

We disagreed strongly on this point.

A human being, in my estimation, should have the bodily autonomy to say “No” at any point, to anyone, for any reason. A fully liberated human being deserves 100% control over any consent she, (or he) is willing to give.

And, at this point in the discussion is where I think men and women, and clearly even a few women, fail to see eye to eye.

This attitude that we should blame women who are victimized rather than men who do the actual transgressions, is at the core of why we still don’t understand one another.

But to many men, there is no spoon.

That said, there is a way to directly cut through the confusion and clarify such an issue.

When you ask someone whether their daughter should be denied consent in any circumstance, the attitude changes faster than a speeding bullet stopped with an upraised hand.

Finally, Alice and I covered many points about the difference between male and female behavior, expectations, roles, and beliefs. She left thinking that going down the rabbit hole really is the wrong direction in which to find an above ground playing field.

“It’s up to us to do better, to know one another more as full human beings.” She remarked.

I think if we are ever to learn to love one another and create a better world, we need to see that just as there are red tempers and blue movies, red states and blue states, red pills and blue pills, we are all very purple hued human beings in our veins.

None of us are robots. None of us should be allowed dominating power over others. Just as calling a pill red does not make all pills red, neither does calling toxic masculinity make all masculinity toxic.

Red pillers and feminists have much more in common than they realize. What humans need is fairness.

We just need to take a step back, realize there is no Matrix, just the world we co-create, and find all the ways we can to respect one another and treat each other accordingly.

If anything, the false beliefs that led to an attempted capital coup, and the further false belief that QAnon conspiracy theories and/or that Antifa or BLM is the real enemy, should tell the world that people are quite capable of thoroughly investing in falsehoods.

Many men who feel unfairly treated by “leftist” culture felt compelled, but also entitled, to take up weapons and storm the capital. Many were either anti-feminists, or anti-antiracists. Many were former military or some other kind of uniformed gun enthusiasts. Many were homophobic or xenophobic. White nationalism feels under attack by some, and some just want to “save our children,” (from invisible and non-existent Satanic cannibal cabals).

By now, this should inform everyone that what we need to work on is seeing no pill reality: racism and sexism keep us in constant danger.

Our culture harbors delusions about women and men. There has been a backlash to the killing of Sarah Everard. Women who do see the real world for what it is, know in all certainty that there is a continuum from street harassments to murder that does affect all women. That is, even if a women somehow lives eighty years without feeling harrassed, she is still affected in knowing that others are harrassed. She knows about street “precautions” because all women know how to preventively reduce the risk of being annoyed, or attacked. She knows rape is real.

She knows most rape is due to pressure on the part of a man who does not respect consent. He may get pushy, or even angry at the sound of a “No.”

What progressive society is trying to change is the dynamic of who is responsible for why women feel routinely put upon.

We need for men to call out other men. We need for women to politely become more like a “Trinity”, and somehow not a “Karen” when they feel they are being treated unfairly. Speak your truth calmly, and clearly, because society is not ready for a Trinity that kicks butt, but the one who gives comprehensible reasons for why she is not the hero, but a willing supporter of those men willing to be just a bit more heroic in seeing reality: the continuum.

My guess is that as pressure and more women come forward, Andrew Cuomo will resign. My guess is that people will continue to blame women like Sarah Everard for their own victimization until the full continuum is realized to be a very real part of what we call “rape culture.”

As to that term, and others like “red pill, feminist, toxic masculinity, fragility, victim,” and so many more, don’t get bogged down by the words, but look up out of the rabbit hole to see the real world. If we allow that one side harrasses, attacks, rapes, hurts, blames, or in any way participates is a world that supports such a system, we are all complicit. 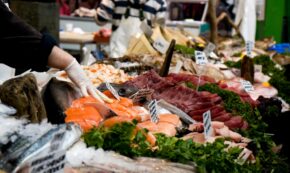 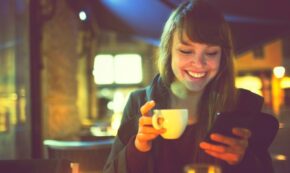 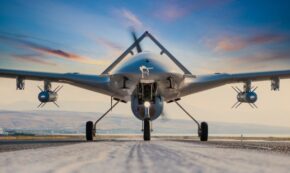