Get Daily Email
Join/Login CLOSE
Home / Featured Content / Are We Predisposed to Ritual? 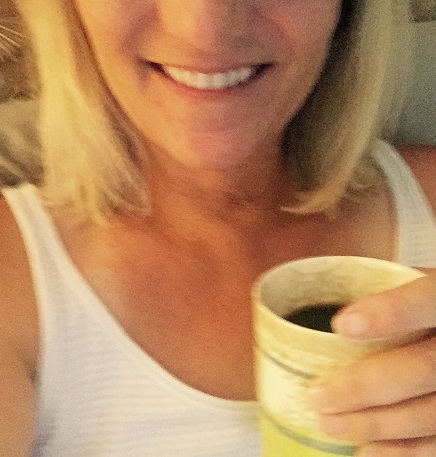 —
I love ritual. Obsessed might be a better word to describe my predilection to a ritualistic life. I should have become a nun but I also had a predilection for this one special guy. What can you do? This is the way God made me. 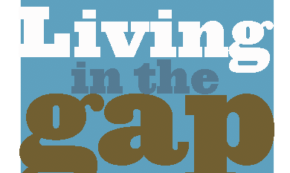 I start my day with a coffee ritual because I am not a morning girl. I know it does not make a lick of sense but my preference would be coffee, meditation, followed by a hardboiled egg. In a perfect world there would be a stretch of writing, reading, and more coffee. I’m Swedish and these things are as engrained as my DNA. Work reallocates some of my time for teaching, but never the coffee, or the egg. I run my classes as ritualistically as my life. We greet, pray, and work, never in the reverse. I’m the Elizabeth Gilbert of religion classes. And I like it that way.

When I was a young mother I used to organize my meals ritualistically. Every week we had chicken on Monday, taco Tuesday (yes, Taco Bell totally kiped this from me), pasta Wednesday, BBQ Thursday, I don’t cook on Fridays (never have, never will, and you can take that to the bank). Saturday is a mystery, but Sunday is family dinner, I like to shake up the menu, not the ritual. When we discovered my third child was allergic to chicken (he broke out in hives every Monday) I about lost my mind. Monday is still problematic.

So I’ve been doing a little research on how rituals impact our faith and oddly enough this led me to the realm of placebos. This is not where you stop reading, this is where you fasten your seatbelt, because I’m about to take you where no one has gone before (I can be a little dramatic, read on). See Marx pissed off a lot of people when he claimed religion was the opiate of the people…religion as a placebo. A way for the ruling class to control the masses but also a way for the masses to deal with suffering and struggle. I wanted to know if my faith was based on a relationship with God, unleavened wafers, ritualistic practices, or the one percent? Religion has an extraordinary hold on people no matter its particular rituals or beliefs. Why?

Let’s return to the problematic Monday, and what came first, the chicken, or the hives? A startling discovery was made in Africa of 70,000-year-old burnt artifacts and a python’s head carved of stone. These appear to represent the first known human rituals. The practitioners threw blood stained spearheads at a sculpted python, engulfed in flames, perhaps to ward off evil spirits. Chills. People have been using ritual to deal with adversity for eons, but what came first, the ritual or God? According to scripture, Adam and Eve were created in the image of God, so in this scenario, God came first. The serpent was also in the garden and part of God’s creation. We know when tribal communities live, hunt and fight off intruders together, they exsist for longer periods of time. So faith might have an evolutionary component of bringing groups into solidarity and therefore increasing their odds of survival.

Could this be God working in and through our lives? The Hindu’s (one of the world’s oldest traditions) and Buddhist worship many gods, living both ritualistic, and charitable lives regardless of caste. The Israelites (early Jews) understood God as a participant in history, they entered into a covenant with God, and according to scripture, are God’s chosen people. God further reveals God’s self through an incarnation known to many as Jesus and later through the writings of the prophet Muhammad. All of these traditions promote tribal loyalty through a common identity, ritual, and story. What came first, the chicken or the hives, is like trying to understand man apart from God, they’re inseparable.

Cara Feinberg who writes for Harvard Magazine claims, “Rituals and drugs use the very same biochemical pathways to influence the patient’s brain.” What the hell? When Ted Kaptchuk decided to explore the power of placebo’s he discovered the very same thing. What we believe, has a biochemical component, and can produce a physical manifestation. If you put someone in a deep trance, tell them you are going to touch their skin with a heated element, a blister will actually form, even though the element was cool. Is that not enough for you to become a believer? When we participate in ritualistic activities, a biochemical reaction occurs, and possible manifestaion according to our faith. Wow. Time to come back to the table with a little more enthusiasm.

Kaptchuk also discovered what we believe is more powerful then pills and needles in healing a patient. Jesus substantiates this, “your faith has healed you. Go in peace and be freed of your suffering (Mark 5:34).” Kaptchuk says, “It was one of those studies that make the scales fall from your eyes.” Jesus says “for those who have eyes to see, let them see…” This is just too exciting.

Most of the dominate traditions have important ritualistic celebrations in the spring, this coincides with longer days, and new life. If you are Christian your Lenten journey comes to a celebratory end, as we approach the empty tomb, and encounter a divine resurrection. This is also when the angel of death passed over the Jews, protected by the blood of an innocent lamb, and of course the freedom they found in the promised land. Jesus is the Christian lamb of God, overcoming death, and bringing salvation (freedom) to the faithful. Divine love has spilled into our world over and over again. If we believed this on a deeper level, we would link arms with our brothers and sisters of faith, whether they be Hindu, Buddhists, Christian, Jewish, or Muslin. As a global tribe, our strength is in our solidarity, our communion is one of love. Maybe the first passover started with arrowheads soaked in blood, thrown at a stone serpent, to ward off some evil influence. It is time for a new global ritual. Let the blood of innocent victims protect the portals of our hearts and maybe this new angel of death will passover us all.

This post was previously published on www.cheryloreglia.blogspot.com and is republished here with permission from the author.
—
Photo credit: Cheryl Oreglia

Facebook5Tweet6PinEmailShares11
wpDiscuz
Share this ArticleLike this article? Email it to a friend!
Email sent!