Kindness is not condescension. It is not compromise. It is not pandering, and it is not fear … It is a strong, gentle response that lay aside the need to be right, in favor of the choice to remain one with the person we chose to be one with.

A friend who could not be at my wedding sent a truly insightful and simple marriage greeting to my wife and I … he said, quite simply, in his card to us “Be kind to each other”.

Trusting his wisdom and accustomed to his economy with words, I have never forgotten perhaps the simplest marriage advice I have ever received. And, yet, I would also have to say, the most profound.

I love my wife, deeply. She loves me too. But we have our moments, when things are, shall we say, not quite as simple. It would seem that we occasionally become focused on what we each need for ourselves, and how we each see the world according to our own needs.  Those times very quickly become, shall we say, challenging.

And then what we value most comes out.

If we value being right, then what comes out is a sincere and focused effort to win. To be the victor. To be heard, and to be understood. To get things decided in our favor, and to do things our way.

We are, of course, right. And so our way is definitely the most reasonable option. Its just that they are so concerned with saying their stuff, and not actually taking the time to listen, that they don’t realize they are wrong! And sometimes they even keep on speaking when we interrupt them with a better perspective on the situation!

If we value the relationship, and the other person, then what comes out is a little bit different. Maybe they tone down their responses and try to de-escalate the rising frustration they can see in us. Maybe they stop speaking and listen? They might even listen positively, and say to us, when they are finished speaking, ”So what I hear you saying is ..? Is that a good summary?” They might even apologize for their part in the misunderstanding and agree that we had a good point.

They might be 100% right, and we may be raging internally about something that temporarily affects our ability to acknowledge that. How we approach these times is dependent on whether we are committed to kindness, or to correctness … Imagine if we both got it right?

Correctness is important, sometimes. It can be important in building a house, or driving a car. It can be invaluable in mixing medicines or performing surgery. It is also pretty useful in flying planes and say, shooting guns. But in a marriage? Not so much.

Kindness is not condescension. It is not compromise. It is not pandering, and it is not fear.

I saw a vet once holding a small dog with a broken leg. A sudden movement hurt the dog immensely and it lashed out, biting the vet. She did not budge. Kindness is the gentle hand holding the wounded animal—the one that bites out of fear or frustration, out of a response to pain, but the bitten hand is steady, at whatever cost to itself … bringing peace to an agonized heart.

It is a strong, gentle response that lay aside the need to be right, in favor of the choice to remain one with the person we chose to be one with. Kindness creates a safe place, where a person can be shown a love they do not always deserve. Love when it is most needed. Shown to a person who may not want it, by a person who also desperately needs it to be shown to them. It’s not a tit-for-tat. It’s not a wait-and-see. It’s a gift, a preemptive strike by a bold and hopeful heart. A prayer for peace and unity.

It is, in fact, love in action.

This post originally appeared at Notes From the Road

I really enjoyed this. In the world where everyone snaps quickly and are busy with focus only about self desires, this brings a breath of fresh air. As a married man, I’ll try my best all the best I can be for her, eventhough I don’ always hit the mark. Thank you for refreshing definition of kindness.

Benyam, thanks so much for your comment. Its really encouraging – and humbling – when words make a difference. Blessings to you.

Hi, thanks for the comments.. Adrian, I respect and understand that kindness creates vulnerability, and vulnerability can lead to abuse. I guess there is no way around that. But the alternative is to have no vulnerability, and that is worse, in my opinion! I think the reality is that kindness should, in my opinion, be an inherent quality in an emotionally mature person, something that they ARE, regardless of circumstance. However, kind people can and should have boundaries and a sense of self, and they should not permit abuse. That does not mean they are not kind, it just means… Read more »

Vaughan. Thanks so much for your response.
It does bring the perspective I was hoping for.

Thanks Vaughan, I felt this as a welcome contrast to all the articles recently that promotes you never “soften up” on yourself in order to accomodate someone else, but rather use it as a tool to filter out people who are not 100% invested in the true you. I do however share Adrian’s concern above, and would like some kind of disclaimer on the ” the bitten hand is steady, at whatever cost to itself …” part. It really does open up for an abuser, for someone who, unlike a puppy in a vet’s hand, is capable of doing some… Read more »

I look forward to alternative definitions of kindness that aren’t quite as open to embracing abuse. 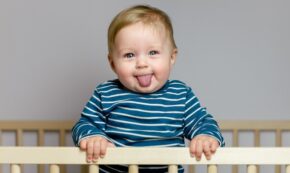 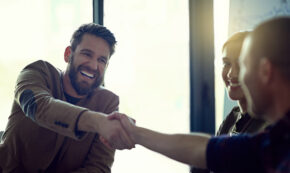 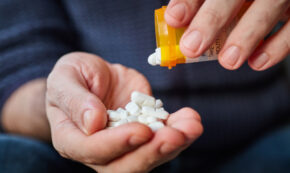 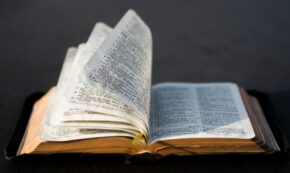 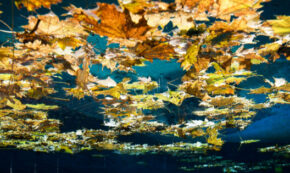 FacebookTweetPinEmailShares936
We use cookies on our website to give you the most relevant experience by remembering your preferences and repeat visits. By clicking “Accept”, you consent to the use of ALL the cookies.
Do not sell my personal information.
Cookie SettingsAccept
Manage consent

This website uses cookies to improve your experience while you navigate through the website. Out of these, the cookies that are categorized as necessary are stored on your browser as they are essential for the working of basic functionalities of the website. We also use third-party cookies that help us analyze and understand how you use this website. These cookies will be stored in your browser only with your consent. You also have the option to opt-out of these cookies. But opting out of some of these cookies may affect your browsing experience.
Necessary Always Enabled
Necessary cookies are absolutely essential for the website to function properly. These cookies ensure basic functionalities and security features of the website, anonymously.
Functional
Functional cookies help to perform certain functionalities like sharing the content of the website on social media platforms, collect feedbacks, and other third-party features.
Performance
Performance cookies are used to understand and analyze the key performance indexes of the website which helps in delivering a better user experience for the visitors.
Analytics
Analytical cookies are used to understand how visitors interact with the website. These cookies help provide information on metrics the number of visitors, bounce rate, traffic source, etc.
Advertisement
Advertisement cookies are used to provide visitors with relevant ads and marketing campaigns. These cookies track visitors across websites and collect information to provide customized ads.
Others
Other uncategorized cookies are those that are being analyzed and have not been classified into a category as yet.
SAVE & ACCEPT
wpDiscuz
7
0
Would love your thoughts, please comment.x
()
x
| Reply
Share this ArticleLike this article? Email it to a friend!
Email sent!