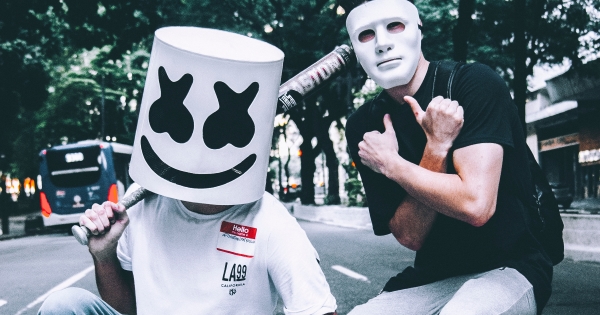 I am a white man. This essay is about my gender, but first I’ll talk about my race.

With my skin I inherit generations of abuse against people who are not white. This includes people whose skin looks like mine, but who were stripped of their whiteness because of their specific background: Irish. Polish. Jewish. Mixed race.

I am a descendant of Mayflower immigrants and slave owners. My forebears slaughtered and enslaved and oppressed.

I have done none of these things, but still, I enjoy the privileges of a society built by those ancestors, and I carry the responsibility of working to tear down that system and replace it with something more equitable.

I cannot change my skin color. Even when working to undermine the systems that have granted me privilege because of it, I have never felt that my skin color might be taken away from me.

Certainly, there was a time during the Jim Crow era that white people who allied themselves with black people were called “n-lovers,” a term still heard now in the shadows. But an “n-lover” is not black, they are a white person who has betrayed their own race. They are still white.

I’m not saying that other white people who work against white supremacy haven’t felt stripped of their skin. But I don’t feel like that’s ever happened to me. I am white, and I will be white no matter what I do or say.

With my gender I inherit a complex identity.

I have gone through periods of my life where I’ve felt the need to “prove” my manhood. When I’m with other men, I might fall into a toxic pattern of seeking approval. I do and say things that I’m ashamed of. I go overboard, telling lewd jokes that demonstrate how perfectly manly I am.

I went through a period of my life where I was undeniably overcompensating. I was the gallant, the rake, the hedonist who would not be constrained by the norms of society. I was the intellectual’s alpha dog: Enlightened, detached, objective.

I was clinging so desperately to the Men’s Club that I crushed my own identity.

I was an MRA before that title had gained much social traction. I could cite divorce laws that punished men. I complained about the lack of domestic abuse shelters for men.

During part of this time, I identified as Neopagan. I spoke of Iron John and Fire in the Belly and sought community with my fellow Neopagan men. We praised the gender binary and aligned ourselves with the Cosmic God.

I wasn’t entirely wrong, but I wasn’t all right.

We don’t say, “Be white!” There’s an old saying, “That’s mighty white of you,” but that seems to have mostly fallen into the same racist rearview that “n-lover” has, now only whispered in the shadows.

But “Be a man!” and “Boys don’t cry” remain entrenched in our cultural vocabulary.

I have difficulty crying. I rarely cry when I feel the need, leaving an emotional pain to linger in my chest like a xenomorph trying to burst out. My anguish becomes an alien creature, and then the disassociation comes.

I have gone through periods of my life where I’ve wondered if I’m transgender. I’ve carried a purse, and bristled when it was called a manbag. I seem to connect better with women than with men. I don’t like to watch football. I like to do embroidery, although it’s been years since I have. The last time I cross-stitched, it was nudes I’d downloaded from the internet.

I have gone through periods of my life where I’ve felt betrayed by transgender women: How dare they “leave” the Cult of Manhood, instead of staying with me to fight the system? That question came from my own shattered gender identity. It came from a place of loneliness, and confusion.

I was a man, but I wasn’t a Man. I can’t ever be a Man, someone who lives comfortably inside the Man Box, someone who does everything he’s supposed to do because, otherwise, he’ll lose his membership in the Man Club.

I’ve tried forcing myself to comply. I still do, when I’m tired and feeling vulnerable. I slip on the mask of the Toxic Man, although now it’s more obvious to me that it doesn’t quite fit right. The elastic that once held it firmly in place droops and stretches, and it slips off my nose.

I’ve tried a full-out rejection. But why should I? Why should I deny my own gender just because it doesn’t fit cultural expectations? Why can’t I be who I am, without worrying about what other men think of me?

Many men are already suffocating of loneliness. We are afraid. As children, we were starved of lessons in emotional intelligence, and now we don’t know how to modulate our feelings.

Almost every mass shooter is a man. Of the 106 mass shootings since 1982, only three have not involved a man. Entitlement. Rage. Sorrow. We don’t know how to deal with it, so we hold it inside until we explode.

I am suffocating of loneliness, but male programming runs so deep. There have been so many times over my lifetime that I’ve bonded with another man only to have it fall back into the same toxic routines.

I have personally never felt non-white, but I have had my maleness questioned, and I have questioned it myself. Even now, even as I write this and acknowledge that I am a man as irrevocably as I am white, I wonder what that even means. I wonder what social consequences I would face if I were to step outside and be who I am inside. And after a half century of throwing up a variety of masks to hide my vulnerabilities, I’m not entirely sure who I am on the inside anyway.

—
Photo by Natã Figueiredo on Unsplash

Facebook56TweetPinEmailShares56
wpDiscuz
0
0
Would love your thoughts, please comment.x
()
x
| Reply
Share this ArticleLike this article? Email it to a friend!
Email sent!