There has been no shortage of articles and literature chronicling the supposed crisis in male relationships. Websites and publications such as Salon, Men’s Health, Psychology Today and others have written at length on the lack of real personal camaraderie and intimacy among American men. Among all groups in America, white heterosexual males have the fewest number of friends. In addition, the relationships that they have with other men are often much more platonic and guarded than those of other groups. In the fall of 2013, sociologist Lisa Wade wrote a particular piece on this topic that garnered ample attention from many quarters.

The theories as to why so many men have a deficit of friends vary. However, there does seem to be one commonality. American men are in a state of crisis when it comes to male companionship. That being said, there are a number of reasons as to why this situation exists. We live in a society where men are taught to be strong, rugged, and brawny. While these expectations have been punctured to a certain extent, they are still prevalent enough to give many men pause in engaging in behavior that may be seen as deviating from what is seen as “appropriate behavior.”

Historically, society has promoted the message “real men” do not express their emotions. They do not complain of being in pain, discuss their fears, insecurities, apprehensions etc. And they most certainly are not supposed to display any sort of emotions either in public or private. It has been an unwritten rule that men are to be as impervious as possible. Failure to uphold or maintain any of these qualities disqualifies you from being seen as a “legitimate” male.

Some of this behavior is due to the pressure that men put on one another, but some of it is due to the attitudes of women. Men are in competition with each other for women. Despite the fact that some women argue that they prefer the kind, thoughtful, sensitive, caring male–and some women truly do– the fact is that many women prefer men who embrace the strong, herculean male image. While many women say they want the kind, sensitive, thoughtful Alan Alda male more than a few women desire the Don Draper/MadMen type of man.

Several months ago, I was having this discussion with an acquaintance at a local coffeehouse. The person in question is a divorced father of two who used to live in the deep South. After his divorce he left the region. We discussed his experience of being married to a woman whose family was a part of the upper crust, WASP, Southern aristocratic class. He comes from a middle class White family as well. He went into fascinating detail of how competitive and cutthroat this particular society was. Apparently, it was a very difficult circle for anyone to break into.

What was most intriguing was the intense competition, brashness, and callous behavior that occurred among the men. Braggadocio was commonplace. Conversations of sexual prowess, (ex. I have a bigger d*ck than you), financial success, athletic superiority were the name of the game. Financially undermining one another, sleeping with other men’s wives, downgrading your fellow male was the order of the day. Such an environment disgusted him. It was a real life soap opera. What was more disheartening (according to him) was the fact that the some women (not all) in this social circle subtly encouraged and enabled such brutish attitudes among men. Close friendships were all but non-existent. In fact the were seemed to be an oxymoron. A twisted form of rugged individualism was the order of the day.

Truth be told, many of us have witnessed our own personal experiences of men who lived/live solitary lives. Going to work, consuming alcohol (often alone), watching sports (sometimes with a group of guys), occasionally chasing sex. Yet, when it comes to being intimate with other men, the emotional line is drawn. They surround themselves in an emotional fortress. They become distressingly impervious. They regard sharing and open feelings as weakness, possibly feminine, and the sight of being viewed in such a manner terrifies them into an emotional silence.

To be sure, not all men buy into these rigidly prescribed (arguably unhealthy) roles. There are a number of men who are secure enough and have no problem opening up and sharing their emotions with other men. They realize that doing so does not make them less masculine or emasculated. In fact, in other parts of the world, particularly in Europe and Africa, men are very intimate with one another. Heterosexual men kissing one another on the cheek, hugging and in some cases, holding hands is common and no one blinks an eye.

The fact is that men need to be assured that showing interest in having intimate relationships with other men is not a sign of weakness or being feminine. This message needs to come from both women and other men. Men need this permission from the women in their lives and from other men. The media aides this idea with its rampant depictions of gorilla testosterone (often handsome and well built), callous, to hell with everyone, often solitary images of men surrounded by nature, occasionally a beautiful woman and and little else. The message is the only things a real man needs is a rock hard body, a sexy woman by his side, and his confidence.

Men also need to be better informed that, like women, we are multifaceted human beings. We exhibit a plethora of characteristics and attitudes. Women are given wide latitude to enact upon their emotions and develop and maintain long term and meaningful friendships with one another. Men should not have to apologize for wanting permission to do the same.

The fact is that when it comes to sexuality, America is still a very young nation compared to the rest of the world, and we are evolving on a number of issues. Transforming perceptions of masculinity (and femininity) and sexuality in general is one such issue. Hopefully, as our society moves further into the 21st century, more men will realize bromance is not a sign of vulnerability or weakness, but rather a strong endorsement of manhood.

We are proud of our SOCIAL INTEREST GROUPS—WEEKLY PHONE CALLS to help #StopSexism—as well as groups and calls to help some of the most difficult challenges the world has today. Calls are for Members Only (although you can join the first call for free). Not yet a member of The Good Men Project? Join now!

The $50 Platinum Level is an ALL-ACCESS PASS—join as many groups and classes as you want for the entire year. The $20 Gold Level gives you access to any ONE Social Interest Group and ONE Class–and other benefits listed below the form. Or…for $5, join as a Bronze Member and support our mission.

ANNUAL PLATINUM membership ($50 per year) includes:
1. AN ALL ACCESS PASS — Join ANY and ALL of our weekly calls, Social Interest Groups, classes, workshops and private Facebook groups. We have at least one group phone call or online class every day of the week.
2. See the website with no ads when logged in!
3. PLATINUM MEMBER commenting badge and listing on our “Friends of The Good Men Project” page.
***
ANNUAL GOLD membership ($20 per year) includes all the benefits above — but only ONE Weekly Social Interest Group and ONE class.
***
ANNUAL BRONZE membership ($5 per year) is great if you are not ready to join the full conversation but want to support our mission anyway. You’ll still get a BRONZE commenting badge, a listing on our Friends page, and you can pop into any of our weekly Friday Calls with the Publisher when you have time. This is for people who believe—like we do—that this conversation about men and changing roles and goodness in the 21st century is one of the most important conversations you can have today.

I HATE the label “bromance.”

I can’t say that it is my favorite term, but it is good enough.

Most women are manipulative vamps who resent men having close relationships with one another.

Do you really believe this? You sound like a sexist jerk!

The thing I’ve noticed with the whole “bromance” thing is that its largely women that complain about it. I’m seriously. Most of the complaints about bromance I see these days are from women who seem to want to poison the well with the idea that calling it bromance is childish or some other dismissal. But there’s nothing wrong with the idea of a bromance. Its men being close together in their own way. Actually maybe that’s the problem women have with it. Maybe they don’t like the idea that men are deciding their own terms in regard to male/male relationships… Read more »

Men are really no worse than women wen it comes to this sort of behavior.

The sad reality is that many men are a bunch of jerks! Period!

I am a man who has always found it difficult to establish friendships with other men. I think a lot of it has to do with my upbringing. I am, however, trying to change it.

American men are the ones who are afraid of intimacy. Go to Europe or other parts of the world, you do not see these hang ups.

Good points. Men need to become more secure with themselves.

It all starts by joking…and subtle, then not so subtle jabs…then the sharpness and frequency of the jabs become more painful and deep….as the so-called alpha male in question acts out his anger and frustration on the “lesser males” and women around him…to this day, I find that is is safer to keep a healthy distance from people like this, being brutish is second nature to them….

Same can be said about many women, Leia. “After his divorce he left the region. We discussed his experience of being married to a woman whose family was a part of the upper crust, WASP, Southern aristocratic class. He comes from a middle class White family as well. He went into fascinating detail of how competitive and cutthroat this particular society was. Apparently, it was a very difficult circle for anyone to break into.” Nowadays it is impossible to married into the rich class unless you come from a rich family yourself. Since Reagan has deregulated the economy, more and… Read more » 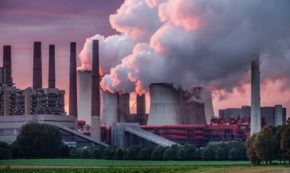 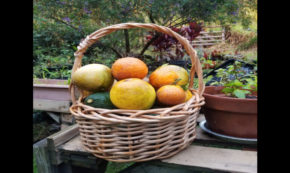 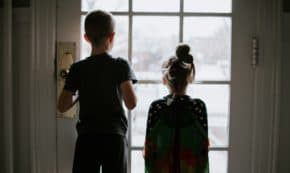 Facebook1.7kTweet2PinEmailShares1.7k
wpDiscuz
Share this ArticleLike this article? Email it to a friend!
Email sent!