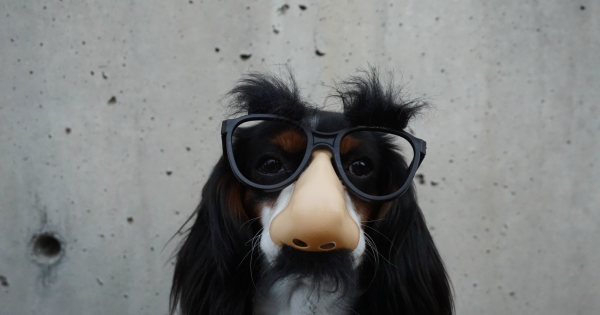 A light, zero windup smack on the bum only goes so far. After your son bites his big sister. Afterward, I say. “Arthur, fart in your sister’s face, burp into her armpit, headbutt her Cerebellum but no more biting.” My son’s post-traumatic teary whimpers subside. But this Stay At Home Comedian was just getting warmed up.

Minutes later, my 4-year-old son draws inspiration from Jewish pride incarnate, the Hebrew Hammer and draws a Star of David on our bathroom wall upstairs. Mama’s at work at the hospital in case you’re wondering. 1st I scream. “Arthur, are you kidding me?” But then I use comedy to subdue my rage and guard the remainder of our evening from complete disorder in the house. I say “You just wanted to draw Arthur? I thought you were competing for the Maccabi Tagging Olympics.” Of course, my 3 kids had no idea what the hell “tagging” meant. But through my use of comedy, I was able to lighten the mood and regain a semblance of control over my red hot, Aries pissed off emotion.

I park outside my son’s school for Pre-K this morning. One of his teachers helps him out of the car. Before she does, Arthur flashes his bouncing, Gimel Robot Dreidel. She stares at Gimel Robot Dreidel with total bewilderment like she just spotted a White guy in Cancun without a tan-line. Then, she says. “What’s that? Whatever it is, you can put it in your cubby.” Meanwhile, I’m thinking, would she say the same thing, if Arthur brought Jesus Apostle Trading Cards to share? But I didn’t say anything although to calm my anger at her grossed out perplexment at what Gimel Robot Dreidel represented. I wrote these jokes below. Making fun of my obvious Jewish paranoia about A) Jewish kids being accused of being greedy Hebrews for expecting too many gifts and B) Jewish parents like me being accused of being too cheap for only getting 8 ho-hum gifts. Which combined together, never amount to the majestic might of a BB Gun or Denise Richards in nothing but Polar Bear Fur for Christmas. In case you’re wondering, we got each of our 3 kids a  big Kahuna deal gifts each. Plus, the other seven gifts for each of the 3 kids weren’t chopped liver either.

These are a couple of new Hanukah joke lighter uppers, fresh off the press. Aren’t you blessed?

Me instructing my son on how to avoid any anti-Semitic triggered aftermath at school.

When you bring your Gimel Robot Dreidel to Pre-K Arthur. Make sure, when your gentile classmates ask what Gimel means. You don’t say. “Give me all your money because we control all the world banks, even the one in the North Pole.”

For Christmas, I’m not banking on getting more black Champion socks from my mother-in-law. My wife works Christmas Eve. So we won’t spend a white Christmas in Delaware this year. Postage is more expensive than the socks themselves.

As you can see, comedy control rules because it allows anyone the opportunity to rewrite the narrative to their own liking. Comedy control rules because you’re able to capture the cheapness of your mother-in-law and get in the last laugh. If you’re lucky enough to have children, you must always serve lady laugh with your all sarcastic, silly minded, over the top might. Screw other people’s kids. Your own children’s laughs will light up your heart up like no other. When your children laugh. You beam with happiness like when the Stripper in Montreal didn’t charge you for 2 lap dances after you bribed the DJ to play the Allman’s 22-minute Whipping Post from the Fillmore East.

Comedian Victor Borge, said, “Laughter is the shortest distance between 2 people.” So if you’re not born naturally hilarious, nobody is, unless you’re Rodney. Force yourself to take an IMPROV class at Second City and get out of your head already. Who cares if you say something stupid or weird? You’re going to tell me bloggers for Buzz Feed reporting on imaginary golden shower parties, still chasing down Russian collusion tales with fewer legs than Lieutenant Dan, are smarter and more grounded morally than you are? I didn’t think so. That’s like asking if Kevin Hart is funnier than Chris Rock. Did you hear? Kevin Hart withdrew from the Oscars because Obama called Jay Z to tell him Michelle prefers Ellen. I wonder if Chris Rock is pissed at Kevin Hart for never seeking out his hosting advice. Still, Kevin Hart is no Chris Rock. Lady Laugh is love supreme, reign on me.

Jim Morrison said, “the media controls the mind.” The beauty of fatherhood fellas is you get to control the mike. You’re the biggest megaphone in the house. So don’t play it safe or defer to your children like know it all hipster hacks from Portland, Maine. Own the room or they’ll own you. Assert your manhood. You’re the star creator and this makes you superior to the mere Hipster cynic critic in us all. That’s why Adam Sandler needs to host the Oscars this year. No other successful comedian has engendered as much bile laced critic jealousy than Sandler. Sandler as host equals Oscar gold. He’s a song and joke guy.  Plus, his 100 million dollar films keep the lights on in Hollywood. So can the Golden Jew add this Oscar hosting feather to his cap already? Adam Sandler can even joke in his Oscars monologue about him hosting the Oscars is his stop looking at me Swan Song. Comedy control rules.

Originally published on Do It All Dad Year

Photo by Braydon Anderson on Unsplash