By Monica Dus, University of Michigan

During the long seafaring voyages of the 15th and 16th centuries, a period known as the Age of Discovery, sailors reported experiencing visions of sublime foods and verdant fields. The discovery that these were nothing more than hallucinations after months at sea was agonizing. Some sailors wept in longing; others threw themselves overboard.

The cure for these harrowing mirages turned out to be not a concoction of complex chemicals, as once suspected, but rather the simple antidote of lemon juice. These sailors suffered from scurvy, a disease caused by a deficiency of vitamin C, an essential micronutrient that people acquire from eating fruits and vegetables.

Vitamin C is important for the production and release of neurotransmitters, the chemical messengers of the brain. In its absence, brain cells do not communicate effectively with one another, which can lead to hallucinations.

As this famous example of early explorers illustrates, there is an intimate connection between food and the brain, one that researchers like me are working to unravel. As a scientist who studies the neuroscience of nutrition at the University of Michigan, I am primarily interested in how components of food and their breakdown products can alter the genetic instructions that control our physiology.

Beyond that, my research is also focused on understanding how food can influence our thoughts, moods and behaviors. While we can’t yet prevent or treat brain conditions with diet, researchers like me are learning a great deal about the role that nutrition plays in the everyday brain processes that make us who we are.

Perhaps not surprisingly, a delicate balance of nutrients is key for brain health: Deficiencies or excesses in vitamins, sugars, fats and amino acids can influence brain and behavior in either negative or positive ways.

As with vitamin C, deficits in other vitamins and minerals can also precipitate nutritional diseases that adversely impact the brain in humans. For example, low dietary levels of vitamin B3/niacin – typically found in meat and fish – cause pellagra, a disease in which people develop dementia.

Niacin is essential to turn food into energy and building blocks, protect the genetic blueprint from environmental damage and control how much of certain gene products are made. In the absence of these critical processes, brain cells, also known as neurons, malfunction and die prematurely, leading to dementia.

In animal models, decreasing or blocking the production of niacin in the brain promotes neuronal damage and cell death. Conversely, enhancing niacin levels has been shown to mitigate the effects of neurodegenerative diseases such as Alzheimer’s, Huntington’s and Parkinson’s. Observational studies in humans suggest that sufficient levels of niacin may protect against these diseases, but the results are still inconclusive.

Interestingly, niacin deficiency caused by consumption of excessive amounts of alcohol can lead to similar effects as those found with pellagra.

Another example of how a nutrient deficiency affects brain function can be found in the element iodine, which, like niacin, must be acquired from one’s diet. Iodine, which is present in seafood and seaweed, is an essential building block for thyroid hormones – signaling molecules that are important for many aspects of human biology, including development, metabolism, appetite and sleep. Low iodine levels prevent the production of adequate amounts of thyroid hormones, impairing these essential physiological processes.

Iodine is particularly important to the developing human brain; before table salt was supplemented with this mineral in the 1920s, iodine deficiency was a major cause of cognitive disability worldwide. The introduction of iodized salt is thought to have contributed to the gradual rise in IQ scores in the past century.

Not all dietary deficiencies are detrimental to the brain. In fact, studies show that people with drug-resistant epilepsy – a condition in which brain cells fire uncontrollably – can reduce the number of seizures by adopting an ultralow-carbohydrate regimen, known as a ketogenic diet, in which 80% to 90% of calories are obtained from fat.

Carbohydrates are the preferred energy source for the body. When they are not available – either because of fasting or because of a ketogenic diet – cells obtain fuel by breaking down fats into compounds called ketones. Utilization of ketones for energy leads to profound shifts in metabolism and physiology, including the levels of hormones circulating in the body, the amount of neurotransmitters produced by the brain and the types of bacteria living in the gut.

Researchers think that these diet-dependent changes, especially the higher production of brain chemicals that can quiet down neurons and decrease levels of inflammatory molecules, may play a role in the ketogenic diet’s ability to lower the number of seizures. These changes may also explain the benefits of a ketogenic state – either through diet or fasting – on cognitive function and mood.

Excess levels of some nutrients can also have detrimental effects on the brain. In humans and animal models, elevated consumption of refined sugars and saturated fats – a combination commonly found in ultraprocessed foods – promotes eating by desensitizing the brain to the hormonal signals known to regulate satiety.

Interestingly, a diet high in these foods also desensitizes the taste system, making animals and humans perceive food as less sweet. These sensory alterations may affect food choice as well as the reward we get from food. For example, research shows that people’s responses to ice cream in brain areas important for taste and reward are dulled when they eat it every day for two weeks. Some researchers think this decrease in food reward signals may enhance cravings for even more fatty and sugary foods, similar to the way smokers crave cigarettes.

High-fat and processed-food diets are also associated with lower cognitive function and memory in humans and animal models as well as a higher incidence of neurodegenerative diseases. However, researchers still don’t know if these effects are due to these foods or to the weight gain and insulin resistance that develop with long-term consumption of these diets.

This brings us to a critical aspect of the effect of diet on the brain: time. Some foods can influence brain function and behavior acutely – such as over hours or days – while others take weeks, months or even years to have an effect. For instance, eating a slice of cake rapidly shifts the fat-burning, ketogenic metabolism of an individual with drug-resistant epilepsy into a carbohydrate-burning metabolism, increasing the risk of seizures. In contrast, it takes weeks of sugar consumption for taste and the brain’s reward pathways to change, and months of vitamin C deficiency to develop scurvy. Finally, when it comes to diseases like Alzheimer’s and Parkinson’s, risk is influenced by years of dietary exposures in combination with other genetic or lifestyle factors such as smoking.

In the end, the relationship between food and the brain is a bit like the delicate Goldilocks: We need not too little, not too much but just enough of each nutrient. 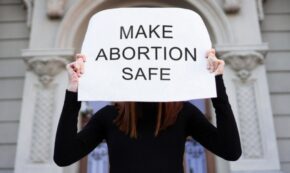