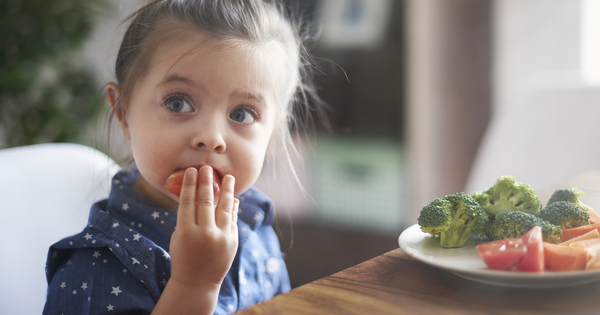 In Genesis, vegetarianism was commanded by God as the ideal diet, especially if you’re a stay-at-home dad. Who struggles enough with putting paper in the right recycling bin, let alone being capable of making sure the meat dishes at home never come in contact with the dairy ones, regardless if the time-release Adderall is in permanent kicked in mode or not.

Growing up, my parents kept a Kosher home, keeping the meat and dairy silverware in separate drawers, which was a nice concept while it lasted. Reality is, the silverware often got mixed up by my younger brother and I. Who didn’t realize we were inviting God’s wrath for crossing swords of in house cutlery with our designated Kosher silverware.

Recently, I’ve made a commitment to follow easy to follow commandments from God such as hanging up the Mezuzah on my doorpost, check. Teaching my kids, the Shema prayer inside the Mezuzah, still working on it. Keeping Shabbat holy, with only one Shabbat candle, because according to my wife we’re only a half Jewish household.

Us having only one fancy-schmancy Shabbat candle has nothing to do with my Putzy Jewy DNA; cracking the 1st, seconds after I threw into in my backpack like a live grenade for the car ride home soon after. Another commandment I followed last Saturday, was not working on writing new material to be shadowbanned on Twitter during our day of ordained rest from the endless quest to prove my indelible worth outside of raising good kids, who respect God, country, freedom and pursuing excellence in whatever you love to do the most.

So following God’s commandments is now important to me, knowing I could use all the Karma miles I can get. I’m writing a play about a talking horse, titled Horsing Around With Hinduism. because of the Hindu worship of cows and their adherence to the vegetarian diet which frankly, is cheaper and easier to follow for an all over the place Jew like myself.

Also, with my added savings I can splurge on multiple toppings of mixed cheeses from Cabot cheddar for my blanched broccoli, sautéed shitake rigatoni bake casserole supreme. Adding a dollop of mayo, injects the dish with a sultry layer of creaminess. Thanks for the tip, Paula Dean. What’s the name of her new clothing line again, Plantation Nation?

Also, I’m ditching Kosher for vegetarianism because I don’t like feeling like elitist white coast trash. For only refraining from eating pork because pigs are smarter than Ben and Jerry’s cows. I was at an Italian deli yesterday to pick up a small batch of eggplant parm. After sampling a joke, the owner got miffed at my surging Mojo and tries to shame me with my 2 boys present and says, “You want to work here on the weekends?” I said, “Sure if I was 17 and still ate pork.”

Personally, I like to make deli guys uncomfortable with my egg and cheese only orders. Standard reply is, “No bacon with that.” Meanwhile, I’m thinking, I’m sorry is that order not manly enough for you?

Ditching Kosher for vegetarianism means I won’t be missing the taste of my dad’s anemic, burnt Kosher steaks, looking like Jeff Ross plopped on it on a bean bag to rub his comedic Buddha belly for some late-night inspiration. This is Jeff Ross roasting Jim Acosta: So, does CNN just shove a mike in front of anyone with good hair, who doesn’t look too alt rightish?

I’ll never forget my 1st sales dinner at Morton’s in Beverly Hills, eating an anti-kosher meal for the ages, shrimp wrapped in bacon and a scrumptious Porterhouse for 2 that I had no intention of sharing, after earning almost 100 grand in billing for the staffing company in one month.   Still not understanding the actual concept of commission just yet. How my dad failed to open me up to the larger than life, conquest meals at Peter Luger’s for extra incentive to make mo’ money in this world, so I wouldn’t remain dependent on eating cheese steaks the rest of my life is beyond me, knowing he was hailed as a rainmaker within the plastic sales industry, who never had to pay for gas throughout the majority of his adult life.

Also, ditching kosher for vegetarianism to make veggie-loaded cheesesteaks instead of frying up pink slices of roast beef in butter and onions is a far superior tantalizing experience visually, in addition to offering more textured, yumminess, without my kids yelling in unison, “Meat yuck.” Because dad decided to eat an entire pound of roast beef homemade cheesesteaks to his head again, God forbid.

Also, I’ve decided to ditch kosher for vegetarianism because the cow at the Stew Leonard’s farm took a nosh out of my daughter’s hair but eventually let go of it in a gentle manner, as I got lost in the cow’s dreamy, moon size eyes, showcasing more glimmers of deep thought than pigs are capable of (allegedly).

Although, if you want to stop eating pork, take your kids to a county fair to watch a bunch of little Babe’s sucking on mama teets for a late afternoon, hipster inspired brunch. It’s an adorable sight and quite a nurturing one. That’s another thing our so-called enlightened baby boomer parents never taught us about having children of our own. Parenthood makes you way more sensitive to senseless, self-serving slaughter.

How my wife can still tolerate the muffled moans of despair soundtrack to The Handmaid’s Tale is beyond me. I’ll still never forgive my wife for insisting I get into Game of Thrones with her, knowing I had to watch a daughter burned at the stake because a witch convinced the father to do it. Another reason, I’m horsing around with exposing my kids to more Hinduism, compared to more Bible for kid chapters, detailing, old testament wrath of God pre-Noah because his children didn’t believe in his authority enough. Why am I sounding more like an atheist in denial as this article progresses?

Still, I haven’t eaten meat for more than month and I’ve never felt lighter on my feet. I got major hang time on the bouncy castle at the Kids U yesterday. My white man’s disease no longer felt like a fixed, permanent reality, where I’d have to seek out a Voodoo Doctor from Washington Heights to reverse my unmoving, soar free fate.

Also, you can’t complain about all of my kid’s complexions, being beneficiaries of the vegetarian diet mixed with salmon avocado rolls along the way. Most kids at daycare centers have moldy complexions, looking they just took a blast to a face with an Elmer’s Glue gun.

Ok, so I can’t eat mussels, clams, lobster or shrimp at home if I continue to decide to keep a Kosher home. I think God can live with this current, trying to please God and respect his divine powered authority arrangement. I don’t know if God is going to allow my soul to soar upward to the Heavenly pearly gates if I ever eat a Crab Cake at the Oyster Bar in Grand Central with their famed Baltimore sauce to celebrate getting a lit agent already, but it’s promising step in the right, less white trash elitist conjuring direction, which is a win, win, in my book.