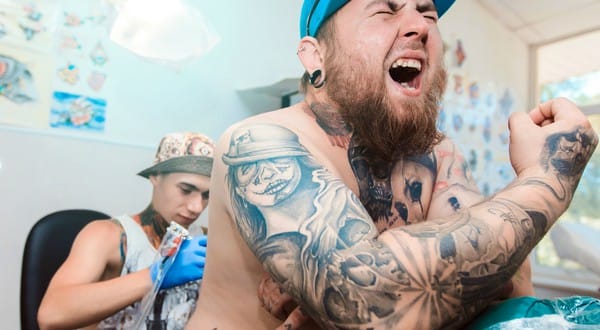 —
Any age ending in “three” is destined to be an afterthought.

Four years ago I turned fifty-three. Too old for my early-fifties. Too young for my mid-fifties. I entered fifty-three with zero expectations. Just another year of life. A way-station on my journey to fifty-five, or to sixty.

When I was in my twenties, I was a partier—the kind of guy who liked to drink to excess… a guy who drank nightly. The quality and quantity of my party nights was the benchmark by which I measured my life. A string of wild nights-out meant living was good. If a big night materialized out of nowhere, well that was even better. Fifty-three reminds me of a well-crashed party from this period of my life. A Tuesday night planned with Rahman noodles on the couch, but ending near dawn in a stranger’s apartment. Fifty-three popped out of obscurity to become the pinnacle of my life.

Now I measure success by achievement. I’d prefer that I measure it by the amount of happiness I’m feeling, but really I just want to check crap off a list.

My list for fifty-three (in the order of importance, I think):

Lots of checking on my checklist.

On Saturday, two days before my birthday, I went for a run. A long run. Something else for my checklist, an eleventh hour achievement. It’s been on my schedule for months. I should’ve been well-trained, I planned on being well-trained, but I wasn’t. Since mid-June, my longest run was 15 miles. Half as long as I hoped to run last weekend. Surprisingly, my poor preparation made my run more special.

I’ve wanted to run a 50K for over a year. That’s thirty-one miles. A year ago, after my 25K, I enjoyed an easy few weeks and then immersed myself into training for my marathon. And after the marathon, I simply needed to hold onto my mileage until my October 50K—the Green Monster—a mountainous trail race in central Pennsylvania.

Things didn’t go as planned. My car broke—a four-figure repair job. My truck broke—another thousand dollars. I bought those hearing aids, a new dish washer, and an expensive family vacation. My racing budget looked bleak. $75 for the race, $100 for the room, gas for the car. A couple of meals out. Oh wait, Susan and my kids would want to come along for a mini-vacation. Six weeks ago, I made the mature decision; I passed on the Green Monster.

My thinking: plenty of trails here at home. The Appalachian Trail is close by. Why not just do a 50K point to point along the AT? This was my birthday weekend. I could be a bit selfish. I could ask Susan to meet me with a pizza mid-way. I planned my money saving adventure: the PA/MD border to Pine Grove Furnace State Park, just over thirty-one miles. I bought trail maps, I triple-checked the mileage, I talked with people who hiked that stretch. So simple: start at dawn, finish up before dusk. Well within my capabilities, I could walk it and still beat sundown.

After my marathon, I was burned out—or burned up. Race day was hot—in the mid-eighties. A first for the year. All of my training in thirty and forty-degree weather. I was truly miserable. I didn’t have enough salt in my system: I suffered acute Hyponatremia. My digestion system shut down. Running my race with a belly full of sloshing water, still getting dehydrated. I couldn’t digest food either. I bonked. That was my last truly long run. Twenty-six miles, including the four-miles near the end where “running” was no faster than a walk.

For the rest of the summer, I took it easy. I started a new medication, a serious medication—scary physical and mental side-effects are possible. I wanted to spend more time at home, less time running. I pulled a calf-muscle. My back and hips ached. My body told me it needed a break. In no way did I “hold onto my marathon mileage.” I squandered it. “Long” now meant eleven to thirteen miles. My Appalachian Trail run seemed risky. If something happened, I would be on my own. I wear a GPS tracker when I run remote trails, but it would still take an hour or more for help to arrive—if I was able to push the help button.

Again, I amended my plan. There’s a ten-plus-mile trail loop behind my house. Horse and hiking trails around the Gettysburg Battlefield. Mostly groomed, but a technical two-miles makes up for the easy eight. Three loops and change would give me my 50K.

People just don’t understand. When it’s part of a race, they grudgingly seem to accept mileage like this. But just to go out and run for six or seven hours for fun? What’s the point? I couldn’t answer that question. The best I could come up with: “I want to see what it’s like to run all day.”

Eighteen months ago, I subscribed to Trail Runner magazine. When I sent in the subscription card, I was already a trail runner. All of my training was on the horse trails. I ran a 10 mile and a 10K race annually. I wanted to read about the running I enjoy. But what I quickly learned is trail running is often synonymous with ultra-running. Races longer than marathon distance.

The majority of trail runners don’t run ultras. Just like the majority of road runners don’t run marathons. But you’d never know this from reading Trail Runner Magazine… or from reading facebook. When you find a trail running community online, it’s almost always a “trail and ultra” community. At times I’m left feeling deficient. Or lazy. Or soft. Moving into my birthday run, I wondered about my motivation. Was I just trying to prove I was a real trail runner?

Finishing up my first twenty miles, I arranged it so I’d be at home. My plan was to eat lunch, change my shirt and hat, and refill my water. I grabbed a couple slices, put them face to face and ate a pizza sandwich while walking the mile loop around my neighborhood. I dropped back home to grab two more slices, and I headed out for my final ten. As I was walking out the door, Susan stopped me. “So any big thoughts this morning?” She asks me this fairly often—typically, after a very long run or on a family trip when I’ve been driving while everyone else was asleep. Usually, I’ve had that big thought—a realization about the way the world (or at least society) works. Often, I’ve come up with an idea for a story and written half of it in my head. But for twenty slow miles, I kept my brain blank.

As I started up my run again, a half a pizza weighing down my belly, I was feeling the mileage. Not bonking, not dehydration, not cardiovascular-wind-sucking—in those aspects I was fine. My muscles hurt: my calves, my hips, my quads. I was way outside my training distances. As I ran away from my house, ten miles seemed a stretch. I couldn’t bear the thought of another loop. It just seemed too far. Maybe an out and back—running five miles seemed possible. Then I’d be stranded; no choice but to run the remaining five back.

And that’s when I starting thinking those big thoughts—sort of a meditation on pain. Why was I running fifty kilometers? I’ve written before about suffering. I seem to enjoy it. I like enduring discomfort—serious discomfort—as long as I know it won’t cause lasting injury. I often think I’m punishing myself for who I am.

Yesterday, I got a new tattoo. This doesn’t go on my fifty-three list; my birthday has come and gone. I’ve been calling this tattoo a birthday present, but that’s inaccurate. When I published my book, I hoped to earn enough money to justify my hobby as a writer. I wanted to cover my writing expenses—the cost of my WordPress website, my book marketing, and even the cost of my new low-end laptop. Once those expenses were met, I would splurge on a tattoo. A celebration of yet more achievement. I fell way short. My book (expenses and marketing) was almost a break-even. My website and laptop: those will be called business losses. I got sick of waiting for my tattoo. I’ve been thinking about it for most of the year.

On the table yesterday, the tattooing hurt. My two previous tattoos were on my leg; they didn’t hurt at all. This one, on the inside of my upper arm, hurt like hell. So much that it shocked and satisfied me. It was something to endure. I felt like I really earned this tattoo.

This is how I felt on the very last leg of my 31 mile run—those five miles I had to complete to get back to my house. All my muscles hurt. Even the muscle where my back turns into my neck. That muscle hurt a lot. After running the first twenty-six miles, my pace was pretty slow. That five miles home took about an hour. It was an hour of anguish but also an hour of satisfaction. I pushed myself as hard as I could, and I loved the way I responded—mentally and physically. I focused on the pain, knowing that what I was feeling was unique and fleeting. Maybe not once in a lifetime, but not as often as every year either.

This post was previously published on www.jefftcann.com and is republished here with permission from the author.
—
Photo credit: Shutterstock