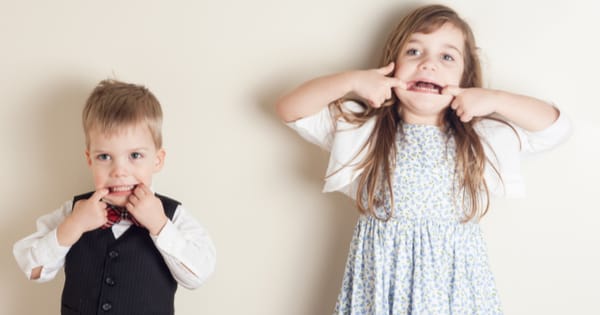 Nothing is worse than being reminded you’re not as smart as others, especially if it’s your younger brother. I’ve never had this problem because my younger brother asks my mother questions such as Is the St. Louis Arch like the Eiffel Tower? in a pathetic, feeble, half-hearted, flail stab at trying to show genuine interest in another one of her blood-face-draining historical site overviews from her trip cross-country back to Arizona last summer.

Daughter asks, so daddy, whose winter bouquet do you like better?

Art Show’s artful placement of pine needles and ferns is a more impressive assemblage of winter land forestry Matilda. But you more had more empty space to fill, in your regular vase compared to the IPA glass, Art Show made burst with over the top in your face, beautiful greenery.

Daughter blurts in fumed, semi-playful disgust as a form of self-defense against crying on the spot, Goodbye!

Seconds later she storms back in my direction and ends up wailing me in the back 4 times in the row at least.   I try to diffuse big sister’s bruised ego in the face of her younger brother’s more impressive showing of floral foraging genius on display.

Matilda, you’ll have to find a way to accept that you are not always going to be so equal to your younger brother. Get used to it.

Big Sister gets up from her seat to wail on my back with more menace this time around and says in true feminist fighter fashion, I don’t want to get used to it. You can’t tuck me in for a whole month.

Reality is, this wasn’t the first time big sister has come face to face with her younger brother’s towering genius at work, forcing her to contemplate her diminutively diminished creator stature like every time they’ve had a LEGO DUPLO, builder off. Before each build off, I’ll command, “show me genius”, the way Sid Caeser did to his dream team of comedy writers back in the day on the Show of Shows, showcasing, an all-star cast of whose who, in American Comedy in their infancy, including, Neil Simon, Woody Allen, Carl Reiner and Mel Brooks to name a few.  Now, my increasing concern is about making sure my son’s rising tide of genius doesn’t sink big sister’s, leading to more self-defeating thoughts, which can derail their love boat of a relationship forever.

I never had a love boat of relationship with my younger brother. Smooth sailing has eluded our blood on blood journey through the winds of change, especially when younger brother attempts to take the wind out of my sails by taunting his unemployed comedian/father of 3 about having accomplished nothing but siring 3 genius babies.  (And this after I’ve written for TV.) Of course, the insult was intended to get a rise out of me.

Instead, I replied, have a nice day, (thanks to endless airplay of Bon Jovi’s greatest hits our family SUV). There’s no denying how my kids keep me young at heart. Why else would I get asked for my ID at Target with 3 kids in tow? Whenever daddy can’t resist a 12 pack of Sierra Nevada Pale Ale for only 12.99. Getting asked for ID with 3 kids makes me feel like a teen mom dropout from Tallahassee.

I always resented my younger brother acting as if he operated on a cooler plane of existence than me. Big sister Matilda and baby brother Art Show USA have a far deeper, infinitely more giving, loving relationship, free of any jaded, bile laced jealousy, enshrouded in most sibling rivalry relationships and I’m determined to keep it this way.

They’ve been bunkmates for 2 years now. Matilda is the dream big Jewish sister I never had. She’s funny, sweet, wise beyond her years, super athletic… Picture Tatum O’Neil from the Bad News Bears crossbred with Punky Brewster. Is big sister Matilda into her Barbies a tad much for her younger brothers’ taste? Sure, but I was obsessed with my epic GI-Joe, woodblock constructed battles for the ages, so I get the infinite appeal in getting lost into imaginary playland. I’m still writing blogs for free at 42 with 3 kids to feed for Christ sake. Apparently, the apple doesn’t fall too far from the Daddy’s Long Leg’s Tree of creatively jacked life over here.

Sibling rivalries can be healthy; look at what the Manning brothers have accomplished. To this day, the image of Peyton in the Skybox with his Hall of Fame Dad, Archie Manning, pumping his fist, cheering his baby bro on as he marched the G Men downfield against the undefeated Pats to ultimately derail Brady’s perfect life/season still brings chills of good, good vibrations down my spine today. I want big sister Matilda to always be her younger brothers’ go-to pumper-upper, regardless if he ends up being commissioned as the futurist architect to build the second coming of Central Mark on Mars one day.

Ensuring genius doesn’t become toxic and ruin the one of a kind bond baby brother and big sister have won’t be a stretch if I continue to pound in their craniums the importance of building each other versus constant belittling and tearing each other down. Because if we can’t enjoy our blood on blood, home team wins, we’re an average, dumpy, distant family like the rest.

Matilda also had her 1st-grade teacher admit to wanting clones of future students molded in her honor. So, her ego isn’t down in the dumps about her winter bouquet creation bust just yet.