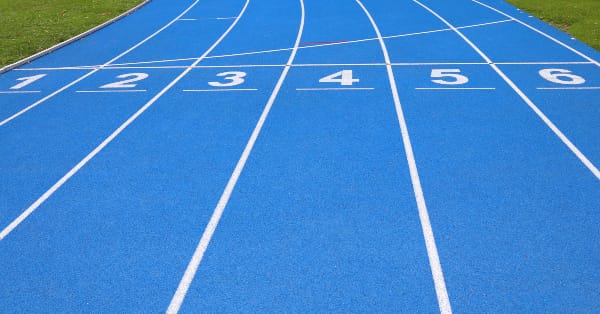 Many years ago, I taught Sunday Aikido Class for Sensei Dan. As I demonstrated some Aikido techniques to a beginner student, the student stared with a look that said, “I can’t do that!”

“But you’re better than me,” he told me.

I stared back, albeit as a sensei would. “No. I’ve just been doing this a lot longer than you… Everyone’s zero is different.”

Everyone’s zero or starting point is different because we’re all different. One starts where one begins. I had probably done that Aikido technique with Sensei Dan at least a couple thousand times, literally. So, of course, I was better in comparison although a comparison wasn’t the point. My zero was not his zero. Just saying.

That having been said, the student gave the technique his best shot. He did okay. Really. No, he didn’t do it exactly as I did. He did it well enough for his ‘zero’. So what was there to do? Do it over, and over, and over again. Just train. Put in the time. Make it work.

Over my 25 years with Sensei Dan, I trained hard, stayed present to Sensei’s instruction as best as I could. After each black belt test I took on Sunday morning, that following Tuesday night class it was back to school with Sensei. Whether I was Sandan (3rd-degree black belt) or Yondan (4th-degree black belt), that became my new zero. Refine the basics. Wait out the attack just a little longer. Begin working on my next greater than version. Just train.

Whatever I had accomplished became my new starting point, my new ‘zero’. Just train. Repetition. Grind it out. Sweat.

Sensei was one of the humblest men on Planet Earth. That was his enduring lesson of humility. I was truly proud of what I had accomplished under his guidance. Yet, I could always become greater. I constantly had to make Aikido work for me. No one else.

In our social media-obsessed culture, we often succumb to the Great Comparison Game. Who’s prettier? Who makes more money? Who has a happier life? By human design, there will always be someone greater than us. Yet, that’s not the bigger picture.

In the bigger picture, O-Sensei Morihei Ueshiba said, “True victory is victory over oneself.” There’s no real opponent outside of us. We’re our greatest opponent, that GOAT. It’s not about proving that I’m better or have more than someone else. Instead, I dedicate myself to continually reinventing my greater-than version of myself. That starts from my zero, now.

I believe that the only comparison that’s meaningful is distinguishing how far we’ve expanded from our own zeros, taking whatever baby steps necessary.

I took the Aikido seminar with my favorite Sensei from France, the one who said, “Enter the attack, and die with honor.” On Sunday, she corrected my technique, making me match up my hands with the attacker coming to grab, instead of forcing my hands.

Sensei told me that my “body is softer” in the 3 times she has visited my Dojo. By “softer”, she meant that I was stronger, more flexible. She smiled, “Keep it up.” I smiled back, “I will.” Still, at 57 years old, I constantly create from my zero. I take satisfaction in my growth.

I’m not as good at dating, as I am at Aikido. Not even close. Yet, it’s as meaningful to me. Whenever I think that I really suck, I look at what I’ve done from where I started. I’ve had 5 dates from Match dot com. Yeah, I know that doesn’t sound like a lot. Yet, from my zero, that’s pretty good.

If Sensei were alive today, he might say, “Jon, that’s good. Practice. Practice. Practice.” For me, that means looking at my daily Match dot com profiles. Sending messages to women that I’m interested in meeting. That also means continuing to get to know Joanne from my Saturday aerobics class. She’s kind to me and I like her so much. I take my baby steps. I’m slowly becoming greater than my zero.

We all have our zero, our own individual starting points. Everyone’s zero is different. That’s a good thing. After all, we too, are all different.

Don’t be seduced by the Great Comparison Game. What counts, what matters is that you and I continually create our greater-than versions of ourselves, whatever that may look like. And be prepared to be surprised. Just saying.
—

Facebook27Tweet4Pin1Email2Shares34
wpDiscuz
0
0
Would love your thoughts, please comment.x
()
x
| Reply
Share this ArticleLike this article? Email it to a friend!
Email sent!