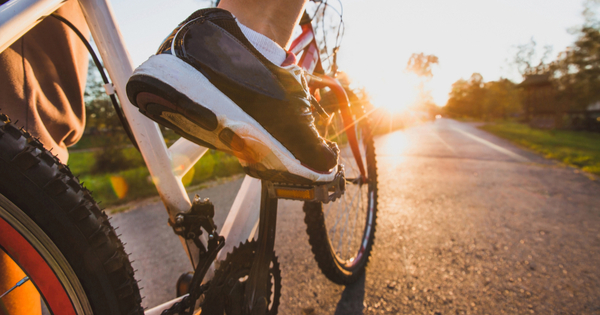 “I only went out for a walk, and finally concluded to stay out til sundown, for going out, I found, was really going in.” John Muir

A few years back, my friend Dan North published a collection of essays titled the “Slow Walker”.  It is a precious, poignant book, detailing a year’s worth of his hikes in the Hudson River Valley. Along with themes such as the value of patience (“Moss and ferns cling to vertical granite faces rising from the pool.  Small hemlocks thrust from upper cracks in the granite walls.  Rushing between the cloven rocks, the tumbling water never stops.  Why the hurry, I wonder?”), Dan champions the idea that the road less taken is not taken enough.

He is talking more about familiarity than non-conformity, acknowledging he gets more pleasure from hiking the same trail over and over, from season to season, allowing him to recognize even the slightest change in the surroundings, be it a budding flower or a yellowing leaf. In this way, he feels more invested in the land, in nature, an intimate in the process, and not just a visitor.

I bring up Dan and his book because for one summer, when I needed it most, not long after my first marriage had dissolved and I was reeling with pain and confusion, that I followed his example in an effort to heal  My “trail,” however, was Liberty State Park, and my mode of travel was a beat up bicycle.

Opened in 1976 to coincide with the nation’s bicentennial celebrations, Liberty State Park, located in Metropolitan northern New Jersey, is a “green oasis” in one of the busiest and most densely populated urban areas in the country. Each year, more than four million people visit the park for recreation and relaxation, outdoor exploring and eco-adventures. But for me, that summer, it was a place to regroup, to reflect, and to find renewal.

My ritual would be to get home from work and get on my bike, riding the few miles from Hoboken, where I lived at the time, to Jersey City, traversing clogged city streets, buildings high and low, strip malls and large box stores, until arriving at one of the entrances to the park. The portal I usually chose was on its northeast corner, where I entered by riding over weathered railroad tracks (most of the park’s area is on landfill created by the defunct Central Railroad of New Jersey and the Lehigh Valley Railroad) and a tight wooden span over the trickling remnants of a narrow harbor stretching to the Hudson.

Inside the harbor was an active marina, but on the lawn beside it was a spray of boats on trailers, most looking as if they had been there for decades, with ragweed, salt grass, goldenrod and more framing their hulls, the markings of seagulls and their nests inside and on torn canopies, crafts of all sizes, with very few looking seaworthy, as if they had been “put out to pasture.” Given my marital situation at the time, I projected my own feelings of isolation and loss onto these boats, connecting with them spiritually, even knowing many by the names fading on their backs, “Lucy’s Dream” and “My Heaven” and other monikers representing something meaningful at one time to the owners.

After the boat yard, I would bisect the park on a road lined high with cattails, and to my right the afore-mentioned Science Center. More often than not, I would see people all about the grounds, groups of young children with teachers and parents on field trips, experiential education in motion, minds eager and happy and full of energy. With spirits lifted, I would continue to ride, to the southeastern end, where another harbor spread out before me, with glimpses of the river widening into The Narrows, the tidal straight separating the boroughs of Staten Island and Brooklyn, connecting the Upper New York Bay and Lower New York Bay, all forming the principal channel emptying into the Atlantic Ocean.  Particularly in the late spring and summer, I would see fisherman spread out on the docks facing south, dropping sinker and hook for striped bass and blue fish, porgies and snappers, flounder and also setting out traps for blue claw crabs. Seeing them always made me realize that this was indeed a wild place, a vibrant and vital urban miracle, the 1,100 acres once used to dump ships’ ballast, which, when after New Jersey officially took over the land, virtually denuded it of everything, including vegetation, making possible a secondary succession of adventive plants to take root and thrive.

But on those bike rides, it was not only being surrounded, and feeling a part of nature, which helped me heal emotionally, but the humanity I encountered, the mosaic of young and old, different ethnicities and cultures, enjoying the park in a myriad of ways, be it biking, like myself, having festive parties in picnic areas, or laying out a blanket in a field and lazing the day away with a book. The more I knew the park, the more it gave me in terms of happiness; it felt, in many ways, like home, and the birds and animals, the fish and flowers, the plants and trees, and the people, like friends, even family. It helped to lessen my loneliness and connect me to something greater, something permanent, and something profound.

And it was not surprising, when fortune brought to me a new love, someone I cherished and have been lucky enough since to spend my life with, that one of the first places we went together, as a couple, was the park.

Want to learn more about Dan North and “The Slow Walker.” Check out this interview by author Chad Curtis Rose

END_OF_DOCUMENT_TOKEN_TO_BE_REPLACED

Facebook94TweetPin4EmailShares98
wpDiscuz
Share this ArticleLike this article? Email it to a friend!
Email sent!