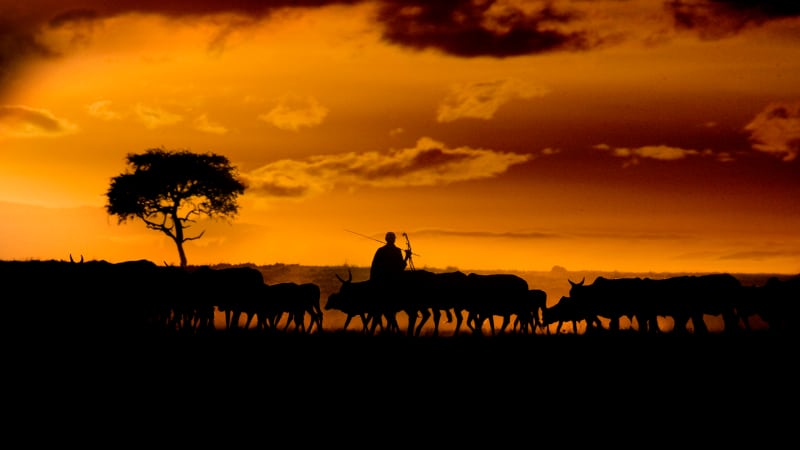 By Camilla Toulmin and Saverio Krätli

Are levels of farmer-herder conflict in dryland Africa rising? Newspaper headlines, policy debates and even some technical literature certainly suggest so. But a closer look tells a different story.

We’ve been digging into the data and found no evidence to support impressions that farmer-herder conflict is increasing at a faster pace than overall violence in the respective countries.

Deadly violence involving civilians has increased significantly in the last ten years. Incidents involving pastoralist populations specifically have mostly kept pace with this increase or even remained below national averages.

Examining violence through the lens of ‘farmer-herder’ conflict therefore hides more than it explains. It is also overly simplistic and ignores history and the significance of local context. By identifying examples of where engagement has been constructive, we can start to map out pathways to more peaceful outcomes.

Despite high levels of interest in the topic, data on ‘farmer-herder’ conflict is scant and fragmented. The largest inventory to date is the Armed Conflict Location & Event Data Project (ACLED) that systematically screens national and international media to collect information on cases of violence on and between civilians.

We delved into the ACLED database to find out whether there were disproportionately high levels of violent conflict involving pastoralist populations set against national and regional levels of violence. We looked at a sample of 16 countries with an aggregate population of approximately 580 million people in West Africa, Central Africa and East Africa.

Over the period 1997-2017 across our sample, ACLED recorded some 173,000 civilian fatalities from armed conflict, about 10,000 (5.8 %) of which stem from incidents involving pastoral populations (IIP). ACLED identified 40% of these incidents as linking to farming and herding, corresponding to around only 2% of the total cases in our sample.

The bulk of these incidents relate to fighting with militia and insurgency groups, and clashes with law enforcement. ACLED identified only 40% of these incidents as linking to farming and herding, corresponding to around 2% of the total cases in our sample.

The proportion of IIP violence to total violence is not abnormally high even in countries like Nigeria and the Central African Republic, which have received a lot of press attention for their growing violence. And in some cases, IIP are remarkably low, such as in Mali, Niger, Senegal, Cameroon and Chad.

While there are a number of serious conflict hotspots at country and regional level, where unresolved disputes fester, peaceful relationships between herders and farmers continue in most areas.

So why do incidents involving pastoralists appear to be so prominent in the public’s perception? Sadly, a largely negative narrative surrounding pastoralism persists in policy circles and many national media, despite decades of research that demonstrate this narrative is largely unfounded.

Within the box of this negative narrative, it is commonly assumed that clashes are unavoidable as farmers and herders are naturally competing for resources. The analytical category ‘farmer-herder conflict’ feeds on this toxic legacy, missing a powerful history of cooperation and complementarity, which has operated from the earliest times.

Those designing and implementing interventions relating to ‘farmer-herder conflict’ should ground their activity in an up-to-date understanding of pastoral systems. This means recognizing the economic and ecological rationale for livestock mobility, and pastoralism’s complementarity with cropping.

The narrative around pastoralism-related conflict and insecurity needs to change at all levels. Theorists and decision-makers must stop representing pastoralism as an unproductive system locked in the past that battles against the odds in a hostile, resource-scarce environment.

Instead, drylands need to be recognized as offering an environment in which variability is the rule. Pastoral systems have cleverly evolved and specialized to make such variability work effectively for food production. Herders have a lot to teach us all about prospering by producing food from a variable environment.

Ready for a re-think?

Instead of focusing on ‘clashing identities’, we should try to understand why different groups have powerful, unresolved grievances. By playing groups off each other, government weaknesses and global forces have fuelled insecurity and a volatile political context.

In situations of violent conflict, governments need to unpack the drivers of conflict, go beyond the “noise” of conflict to understand its roots, and communicate with the involved parties to find solutions. Reliance on military means alone will not bring peace.

Public authorities have a critical role in providing an impartial, fair platform where rival groups can listen, negotiate and resolve their problems. These local platforms need to recognize and connect with the wider architecture of state institutions, which can then strengthen consistent approaches to resolving conflict.

Governments must also recognize the need to invest in ‘intangible infrastructure’. Customary institutions may lack buildings and titled officials, but their collective strength can make a big difference in helping societies cope with conflict and disruption.

People need credible and legitimate organizations and leaders through which to structure management of space, access to resources and relations with other groups.

This post was previously published on Iied.org and is republished here under a Creative Commons license.