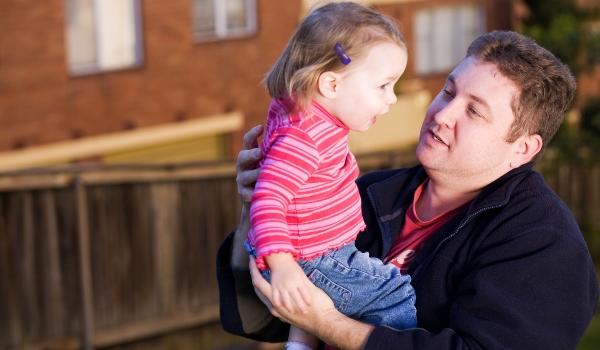 Researchers have found that greater involvement by fathers is linked with academic performance at school—a finding that held true among all socioeconomic groups. The link was small for measures like language and mathematics scores, but considerable in relation to reducing the extent to which children repeated grades at school. For example, one measure of father involvement, residence with the child, is associated with a 23% lower likelihood of repeating a grade.

The link with grades is much smaller. Fathers’ residence with a child is associated with only a 1.3% increase in reading scores and a 1.5% increase in mathematics scores.

Previous research on parental involvement and social capital helps to interpret this pattern. The greater impact of father involvement is likely linked to behavior rather than cognitive development. More constructive behavior is likely to affect things like repeating grades more than it affects actual test performance.

The researchers divided a diverse sample of children – 12,030 in total – into five socioeconomic levels, from poorer to richer. They found that the links between father residence and non-resident father involvement, on the one hand, and academic performance, on the other, were the same at all socioeconomic levels. However, school involvement by low-SES fathers was more beneficial to their children than school involvement by high-SES fathers. It may be that the contribution of low-SES fathers to school provides more compensation for various sources of disadvantage among low-SES children.

The researchers ran a statistical simulation. What would happen to children’s school achievement if fathers in the lowest SES quintile became as involved as fathers in the highest SES quintile? If low-SES resident fathers were as involved in school as high-SES fathers, the gap between high-SES and low-SES children in repeating grades would drop by 23%. Increasing the involvement of non-resident fathers would reduce disparities just a little, whilst increasing the extent of father residence would produce negligible change.

Given the particular impact that father involvement in school appears to have, the researchers recommend focusing on this. They recognize the challenges, however. For example, involvement in school requires some flexibility in work patterns and some degree of stability in work. Not being in prison is also a prerequisite. School involvement also requires some familiarity with and confidence in the education system. All of these things are bigger challenges among low-SES fathers. With these considerations in mind, the researchers recommend a focus on wider social, economic and social capital development involving fathers – for example, re-entry to family life after imprisonment, support for education and training, income support, and campaigns to promote stable work.

This study used data from the much bigger Early Childhood Longitudinal Study – Kindergarten cohort (ECLS-K), which followed a large panel of children, fully representative of the national population, from 1998 to 2007. The sample used for this analysis numbered 12,030 children. Academic measures were taken through direct assessments (a particularly robust measure) and from school reports. There were three measures of father involvement – father residence, father involvement in school, and non-resident fathers’ contribution of in-kind and financial support.

Earlier research has categorized a variety of forms of father involvement: material (food, rent), social (quality and quantity of time with children) and school involvement (e.g., communication with teachers about schoolwork and about the child’s performance, or parent-teacher meetings). In all cases, nonresident fathers have fewer opportunities for involvement. Many nonresident fathers provide financial support, through child support and additional informal material support. Such contributions play a role in assuring the child of the father’s commitment.

One question for researchers has been whether the involvement of low-SES fathers makes a greater difference to children’s outcomes than the involvement of high-SES fathers. In the research reported here, the answer was yes. But low-SES fathers have less human, social and economic capital, so their involvement may make less difference to their children. For example, a low-SES father may help his child with homework for the same amount of time as a higher-SES father, but he may have fewer tutoring skills or less knowledge to drawn on. Conversely, the contribution by the lower-SES father may more strongly compensate for other disadvantages in the child’s life and so make a bigger difference. A substantial study in UK has looked at this question, finding that the contribution of fathers to improved academic outcomes is the same across all socioeconomic groups.