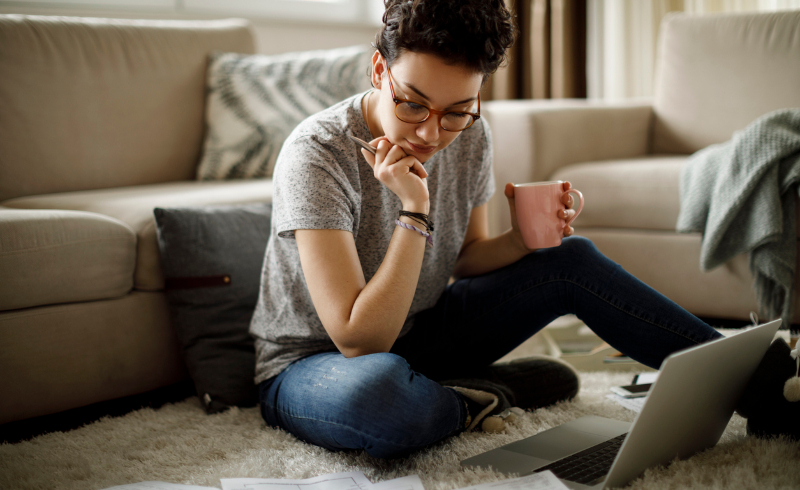 I am a terrible procrastinator.

Or maybe I am a great procrastinator. Perspective is everything.

Procrastination is something that many ADD/ADHDers struggle with. I am one of them. Always have been. Sometimes the procrastination arises from a decision – yes, a conscious choice to put something off. Sometimes it’s more situational or behavioral – it just happens. Or, maybe it is more accurate to say that some distraction happens and whatever it is that was on the agenda for the day is kicked to the curb in favor of whatever is more interesting for the moment.

After a lifetime of living with ADHD and a few years of learning a lot about it, I know that my procrastination most often comes from the feeling that a task is just too daunting and so I end up avoiding it at all costs. It gets put at the end of a list behind nineteen other things or I just ignore it, hoping it will go away. But, like any other elephant in the corner of the room, it’s not going anywhere. And the only way to finish is to start.

I’ve tried all the tricks: set a timer and work for only fifteen minutes, divide it into smaller tasks, enlist help from someone to help keep me on task, put it on the to-do list, schedule specific time to work on the project. Sometimes they work; sometimes they don’t. There isn’t a magic trick or method that works all the time for everyone. One thing I’ve learned for sure is that my ADHD is different on different days because so many different things can affect it. I know, that’s a lot of different – but it’s really the best way to describe it.

Another of my challenges is the feeling that I have to complete a job all in one sitting once I’ve started it. Since many tasks just aren’t reasonably finished this way, they end up on the elephant pile – the big huge thing that’s too hard to move, so you just leave it where it is. This is something I’m trying to work on – being OK with not finishing something in its entirety in one sitting. If you think about it, it’s impractical. Life gets in the way sometimes and that’s just the way it is.

That’s where I am today. Like right now. I have a huge list of things I want to accomplish before the school year starts, but it feels huge so I’ve been pushing it off. But time is running short. This week, I’ve launched our little house that ADD built headlong into do-or-die mode. School starts for me next week, Zilla the week after. Cleaning and de-cluttering projects that aren’t finished by the end of the week won’t get touched until June. At least that’s how it’s worked in the past. We did not reach the point of completion that I had hoped we would by the end of today and so for the last twenty minutes or so, I’ve been spinning my wheels. I have X number of things I wanted to do before calling it quits for today, but still have Y number of those things unfinished. And so I’m listing all the unfinished business, jumping from one idea to the next, trying to figure out which direction is the right one and how to magically get everything done  before bedtime so that I could say I finished everything.

Part of my spinning was wondering if I planned too much – I often do that. Whether it’s underestimating how much time it will take to accomplish a task or get from our house to any given location (isn’t everything 20 minutes?), or not allowing buffer time for unexpected distractions (like Zilla telling us after she was in bed tonight that she peed in her bed last night and didn’t happen to mention it this morning), or simply trying to cram too many things into too little time, I know that I sometimes thwart my own efforts right from the start.

This is precisely why my One Word for the year is Focus. Not only do I need to develop better focus in general, but I need to focus on my planning and doing processes. And I could go totally bat-shit crazy here about the number of things I think I need to focus on or improve relative to my ADHD or just in general, but I won’t go there. I have to make that choice because the never-ending listing of things that need to be done only serves to escalate the stress. The point here was to reduce it.

The Fab Hub said the only right answer at the moment was to write a post. Why? Well, it was on the list of things to do for starters. But that wasn’t his reason. He said it would be the one thing that was isolated enough from the others and most likely to force me to sit down and put my mind in a focused state again. Jumping between five unfinished tasks certainly wasn’t helping that.

I protested. I said posting would be unproductive and wouldn’t get the laundry put away, the CSA vegetables washed and stored, the home office tidied, the kitchen counter de-cluttered, or the living room shelves dusted. I said it wasn’t a good enough answer because I had to get everything finished. Leaving the list unfinished was not good enough.

He told me it was going to have to be. He said I needed to realize that whether the almighty list was finished or not, we did get a lot accomplished today. A lot. Just the fact that we dug into these projects and are working together to get ourselves in order is huge. Huge. And in a house where all three humans have ADD/ADHD (and maybe at least one Rotten Cat), that’s a pretty good success.

I did ask the Fab Hub how it was possible for him to be so rational and calm about what got finished and what didn’t and how to attack the remaining items on the list. We have the same thing, so why can’t I just be clear-headed and logical? He pointed out that the “H” part (the hyperactivity) is something that he outgrew and does not have to deal with as an adult. I, on the other hand, still have the “H” and it’s not leaving anytime soon.

So. Am I any calmer than when I sat down at the computer earlier? Yeah, actually, I am. Perhaps the Hub was right – in order to re-focus on the many things that I want to accomplish, I needed to find one thing that wasn’t part of that list to accomplish so that I could clear my head.

Did I just dump my ADHD all over my blog readers? Yes. Yes, I did.

And on that note, I am going to finish putting away the laundry before I go to bed. Mostly because the clean laundry is on the bed. It just makes sense. Oh, I could toss it in a basket and leave it there for about a week, make no mistake. I’ve done it. But we’re working on moving forward, striving to get our home in order and keep it that way. So laundry it is.

I’m still a great procrastinator. But I am working on that perspective thing. I will choose to look at the list in terms of what we have accomplished, rather than what we have not. 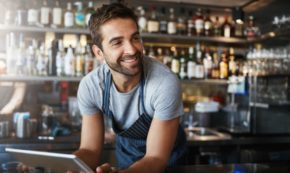 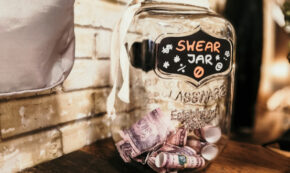 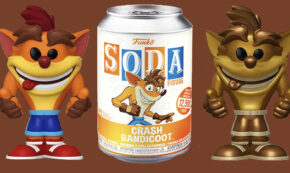 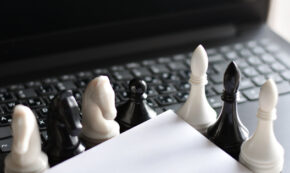 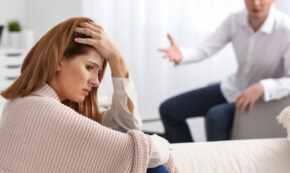