This is the fourth in a series of essays on depression by some of the Good Men Project’s most valued voices. The first three parts are here, here, and here.

One cold morning in the early 1930s a Kansas farmer waded out into the middle of a creek on his property, put a gun to his head, and killed himself. He left behind a family, including a teenage boy who I would come to know as Grandpa Carl. My mother spoke of that suicide in her later years, doing research on family history. She looked around at the men of our line, all half-mad and mostly drunk, some doing time, none staying married, tearing down whatever they built for themselves with rash acts and slow neglect, and she traced it back to that single fatal act of surrender. She said that gunshot still echoed in all of our souls, that it had infected our family with what she called genetic despair.

It’s the creek, somehow, that sticks in my mind. That act of immersion. Was he separating himself from the land he couldn’t care for? Did he hope the current would take him away and his family might believe he’d drowned? I have no idea. It sticks in my mind because I’ve learned over the years that the most certain sign that I’m entering a depressive episode is that I feel the urge to take a bath.

I never take baths, nor feel a healthy urge to. My frame doesn’t fold into conventional bathtubs in any pleasant configuration, and after three minutes I’m always thinking “Yep, still wet. So… when does this get entertaining?” That’s why I keep an eye out for that urge, because I’ve learned that any time I think “Maybe a nice long bath will cheer me up” it’s a sure sign that I’m depressed. There are other signs, but that one’s weirdly specific enough that it’s a good red flag.

Some folks might find it odd that I need to watch for specific signs that I’m depressed. Surely if you’re depressed you know it, right? It’s your own state of mind, how does that escape your notice?

Thing is, for me it’s not quite a state of mind. It’s a state of being, a state in which I am not aware of feeling sad or unhappy or… well, much of anything, really. When asked how I’m doing, I generally reply “Fine” and absolutely mean it. I’m staying in bed for days but hardly sleeping, I’m not forming any memories of time that passes, I’m not doing any of the things I need to do, but I don’t feel bad. Don’t feel much of anything. Heck, I’m barely even there.

I’ll idly toy with the idea of suicide from time to time, but mostly my chemical malfunction doesn’t go that way. I know it’s a chemical malfunction because once, a couple years ago, I spent about eight hours with severe suicidal ideation. Through some unknowable neurochemical hiccup, I spent an entire night unable to have any thoughts that weren’t about killing myself. It was so specific, so total, and so involuntary that it was quite impossible to mistake for any natural thought process, which actually made it easier to resist.

Most of my depressive episodes aren’t that easy to recognize. The worst I can recall was Christmas of ’99, when I decided not to see my family, instead staying in a lonely apartment I couldn’t afford, theoretically looking for seasonal work that I never even applied for. I just stayed inside, letting trash pile up in the corners and taking baths. I actually use those two months as a benchmark for my life, remembering that if I survived that I can survive anything. At the time though, every time my mom called I told her I was fine.

There’ve been other bad ones. After 9/11 I basically went to bed for a month and blew an entire semester. In ’03 I slept on the couch for three weeks because the bedroom had gotten to where it wasn’t usable any more and I couldn’t deal with cleaning it. I was fine, mind you. Just fine.

I compared notes with my younger brother last Christmas. Half-brother, really, on my mother’s side. He got the despair too, his genes coming down from that bloodstained Kansas creek. He was always the good kid, got the good grades, good jobs, married a pretty girl and had kids with her. I was always the fuckup kid bouncing from school to school and job to job, dating magnificent crazy girls who left me for drug dealers or disappeared, falling backward into situations that… well, tended to make funny stories later. Even now, in our thirties, I still thought of myself as the fuckup, and I knew that a lot of that was because whenever I got something decent going, I’d give up and crawl into bed and let it die of neglect.

Turns out that at the apex of his personal success, my little brother had spent most of every day trying to think of a way to either destroy it or, failing that, kill himself. I’d thought he’d missed the despair, that whatever flaw was born into us along with the family height and double-jointed thumbs had hit me and skipped him. I’d thought he was fine. He’d always said he was, after all. Same as I had.

My mom was the only girl born in three generations of our line. Her father and uncles weren’t okay, her brothers weren’t okay, and her sons weren’t okay. And in hindsight, I don’t think she was either. I remember days, weeks where she didn’t get out or do much, I remember the divorce year that she spent mostly drunk on good California chardonnay. I remember how she’d just start crying and I couldn’t understand why. She had one thing going for her, though. She was a woman, and that meant she was allowed, indeed required, to have feelings. She was allowed, indeed required, to seek out friends for support and love, to talk about what was going on inside herself.

That’s the trap of depression, for men. When it comes not as sadness or tears but as numbness, as nothingness. The masculine ideal is stoic, enduring, emotionless. So if we’re not feeling anything, that must mean we’re doing it right. That must mean we’re fine. We’re fine right up until we wade out into a creek and put a gun to our heads.

The one thing that helps me the most, that does the most good when I feel myself retreating into the blankness and nothingness, is that when someone asks me how I’m doing, little by little I’m getting better at saying “I’m pretty depressed and I’m having a hard time dealing with things.” It’s not much, but it’s better than being just fine. Ask yourself whether maybe that’s something you need to say, and who you might need to say it to. They will almost certainly be more willing to hear it than you think they will be.

I suffer from manic depression and I have been writing a research report on the history of women and madness in the 1900’s in America and Britain. Most recently, geneticists think that bipolar and a unipolar depression are caused by some genotype or neurotransmitter, but we only have estimates–clinical psychologists think “madness” is completely a societal construct or our psychosomatic response to psychological trauma. This type of psychoanalysis stigmatizes the sufferer and also prevents a person from seeking psychiatric treatment. If you suffer from depression, nothing is wrong with you…it doesn’t mean that you are a bad person or were… Read more »

Thank you for sharing this.

Noah, that was a brilliant article. The history, the descriptions, and especially the final two paragraphs are poignant, well-written and excellent advice for other men. “That’s the trap of depression, for men. When it comes not as sadness or tears but as numbness, as nothingness. The masculine ideal is stoic, enduring, emotionless. So if we’re not feeling anything, that must mean we’re doing it right. That must mean we’re fine. We’re fine right up until we wade out into a creek and put a gun to our heads.” “when someone asks me how I’m doing, little by little I’m getting… Read more »

Now that I’m home I can say a bit more. That’s the trap of depression, for men. When it comes not as sadness or tears but as numbness, as nothingness. The masculine ideal is stoic, enduring, emotionless. So if we’re not feeling anything, that must mean we’re doing it right. That must mean we’re fine. We’re fine right up until we wade out into a creek and put a gun to our heads. A clever trap indeed. The sadness and tears indicate an acknowledgement of something being wrong. But if something is wrong then that must mean weakness. And unlike… Read more »

“That’s the trap of depression, for men. When it comes not as sadness or tears but as numbness, as nothingness. The masculine ideal is stoic, enduring, emotionless. So if we’re not feeling anything, that must mean we’re doing it right. That must mean we’re fine. We’re fine right up until we wade out into a creek and put a gun to our heads.” I’m a 26-year-old woman. I’ve got two sisters and a brother (who I wish would follow this site). My mom is the youngest of 6 girls. She also has 4 older brothers; all fuck ups. The women… Read more »

I don’t know where these women are who are perpetually “allowed, indeed required, to have feelings.” I guess they exist, but that’s not my personal experience. You can take a look at how mental health is looked at and talked about. The focus is often on women. Even at a casual glance how many anit-depressant ads have you ever seen with men in them. Now to be clear I’m not angry at women or anything like that but when it comes to healthy, healing, expression and resolving of one’s mental and emotional health, women have a major lead over men.… Read more »

Wow–this is so illuminating! Thanks for baring it!

I have finally figured out that the first big symptom that I am slipping into depression is that the world becomes full of f-wits. I find it hard to be kind, and I become overwhelmed by how truly stupid and horrible my fellow humans are. What I invariably have failed to notice is the first real symptom, extreme self-criticism.

I’m similar, Lynn. When I am slipping, I start to find people very mean and annoying. The next thing I notice is that it’s physically hard for me to smile. The corners of my mouth feel this pull down and it reminds me of my grandmother who always, always had the corners of her mouth pulled down. She was very depressed, institutionalized many times in my father’s childhood and not very kind to people, despite having great love for her family.

I hear you man. 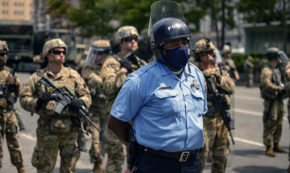 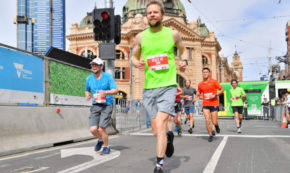 Facebook132TweetPin1EmailShares133
wpDiscuz
11
0
Would love your thoughts, please comment.x
()
x
| Reply
Share this ArticleLike this article? Email it to a friend!
Email sent!