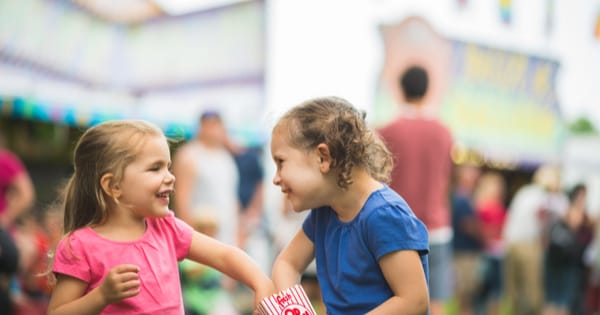 IT’S EASY TO FORGET THE POWER THAT WE HAVE.

For our kids, when they are young, we are the entire world. A mindbogglingly important role. It worries me if I think about it too much. In their eyes we, as parents, have almost superhuman abilities. The power to make everything ‘OK’ is our most potent gift.

Of course, as adults, we understand that this ability is illusory. Maintaining the myth that there’s order and method to life, that there’s no problem that mummy and daddy can’t solve, becomes a full-time job. Perpetuating this falsehood, and with it our kids’ innocence to the true workings of the world, can become all-consuming. Children, most agree, should think that the world is ‘Fair’ – a place where good always conquers evil and everybody has their day in the sun.

Keeping this notion intact turns the parent into a plate spinner, keeping the china rotating for as long as they can, whilst knowing that it will eventually fall.

Perhaps we should be changing our view around ‘Fairness’? Maybe it is better for children to be given an inkling of the challenges that the world can offer – gently breaking the news that such challenges don’t always relate to any sense of cosmic ‘justice’.

I still remember the day I realized my parents couldn’t make everything ‘OK’, when I understood that fairness was, like Father Christmas or the Tooth Fairy, something only children believed in.

I’d been told, just a few days before, of my mother’s impending death. I was a very young 20, returning from university to find my mum with an inoperable brain tumor. Yet, I had not really understood the message I’d been given: words like ‘death’ rang hollow because in my mind everything was going to be OK. None of this fitted in with my (limited) world view. My parents would sort it all out and everything would be fine.

It was only when I stumbled across my (usually stoic) mother, in floods of tears talking to my aunt that everything changed. Unaware of my presence, she told her sister that the situation wasn’t ‘Fair’. She was going to be deprived of a whole host of future moments with her family, occasions which she ‘deserved’ to be part of and, no matter how she looked at it, it didn’t make sense.

It was only then, at the relatively advanced age of 20, that I realized bad things happen to good people, every day. Such events weren’t fair, but they were real. Denial is one of the strongest emotions that we, as humans, possess. Until that point, I’d seen all manner of inequities played out on the news, but somehow I’d still managed to cling on to my view that the world was a ‘Fair’ place. It took fate acting incredibly close to home for me to understand that everything didn’t always work out well in the end.

The world is not a fair place. Good guys do not always win. Villains sometimes prosper. People who try hard don’t always succeed. Some people do have all the luck. For others the only luck they receive is bad.

Which takes me back to parenting. Are we really doing our children a favor by shielding them from the world?  In the main, I believe we are. There is no need for kids to be burdened with much of the sadness that occurs on our planet.

We do, however, have a responsibility to softly point out that the world isn’t always a fair place. Opening their eyes to reality is an important part of preparing our youngsters to be giving and sympathetic in their adult lives. For me, as a parent, it’s important for my son to understand that everyone isn’t dealt an equal hand by fate.

I believe that we have the duty to feed into our children’s consciousness the idea that the world isn’t always fair – yet, despite that, we should always be fair. We should strive to uphold the ideas of fairness that our societies so frequently ignore.

Fostering empathy isn’t an easy thing. It’s a hard enough process to achieve in adults, but getting kids to place themselves into another’s shoes is often nearly impossible. For me, this process isn’t made any easier by a deceptive world view that tells us everyone gets what they deserve and good people always live happily ever after. Why would anyone have concerns or healthy regard for the needs of others in a universe that naturally evens itself out anyway?

If our kids realize that they are on the positive side of the fairness equation, it will only encourage them to feel sympathy for those who are not. Equally, when life deals them a blow, they won’t be paralyzed with feelings of injustice – as I was when my mother passed.

Don’t get me wrong, I’m not asking that kids stop watching Disney films, with their strict ‘good always triumphs’ message. Nor do I suggest they should be made to watch Newsnight. All I’m saying is kids should be encouraged to know how lucky they are. Because, at the end of the day, luck rather than justice is what actually dictates the narrative of most of our lives.

Originally published on Out of Depth Dad