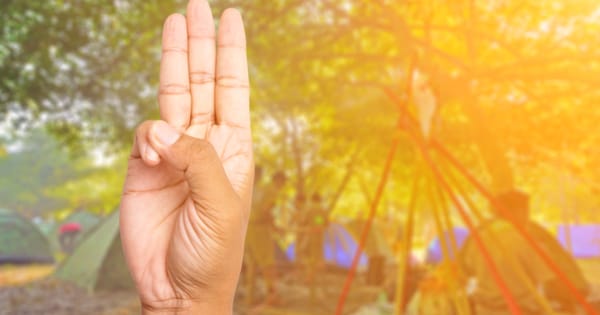 There was nothing I wouldn’t and couldn’t do with my closest cousins. We rode horses, 4-wheelers, played in the dirt, went for rides with our Papa in his old Model T car, build clubhouses in the woods in our pasture, played hide and go seek outside at night, chased fireflies, built all sorts of contraptions, raced our riding lawn mowers, climbed trees, went fishing & hunting, played in the ditches when it rained and they filled with water, wrecked our go-carts, rode bicycles, ran around barefoot, picked and ate watermelon from the vine, played baseball and catch, played tricks on each other, played with our dogs, and never once did they tell me “you can’t because you’re a girl.”

At 19, I was the first girl to compete in our hometown’s demolition derby. To the dismay of the regulars, I also won. There was a special prize advertised to any girl who could win. I was excited at the thought of winning a few hundred dollars, but learned later the prize money was denied.

“We could have switched drivers between heats” the official said. This was my first taste of discrimination.

Recently an article ran amok on social media, celebrating an all-girl Scouts troop in Pennsylvania. As with most things as polarizing as humans doing human things, opinions were shared like a nasty stomach virus. These 17 girls are a small but mighty representation of the 4300 nationwide girls participating in the recently rebranded from Boy Scouts of America to Scouts BSA. They are learning things such as knot tying which is a critical skill needed for camping outings, preparing meals, mastering the use of knives, sawing and axing, among many other activities.

I felt like I was in a scene of the movie Anchorman at one point, grasping to understand what all the hullabaloo is about. Why would we not allow girls to participate? It’s 2019, we’ve still not had our first female president, and many organizations, career fields and C-suites and boards of directors are still very male-dominated.

However, the tides are turning, slowly, painfully and surely. Being an androgynous lesbian, living in suburbia, doing school drop-offs, Cub Scouts with our son (who has long beautiful blonde hair), and working in the depths and heights of the corporate world, I’ve experienced what could be a similar reactionary instance everyday to what some of the less than heartwarming comments are about the girls in Scouts. However, aside from a few instances of startling ladies in the loo over the years, I’ve removed myself from what could have easily been significantly more.

What can we do to help move forward in the progression of inclusion of mixing genders, where they’ve previously not been welcomed? We’ve recently had our first female NFL referee make history multiple times by pursuing a career in a previously all-male field. Abby Wambach is the world’s leading scorer in soccer, amongst men or women, of all time. Though grossly underpaid by comparison to her lesser scoring male counterparts, she’s by many measurements, the most successful soccer player in the world. These women are paving roads for the rest of us to take in our own journeys just as the young girls in the Pennsylvania Boy Scouts troop are. As with any pioneering or radical action, there are of course opposing opinions, beliefs and historical data.

How are you fostering inclusivity in your life? How are you crushing antiquated limits and rules around you? Break the mold, pave that path you wish existed.