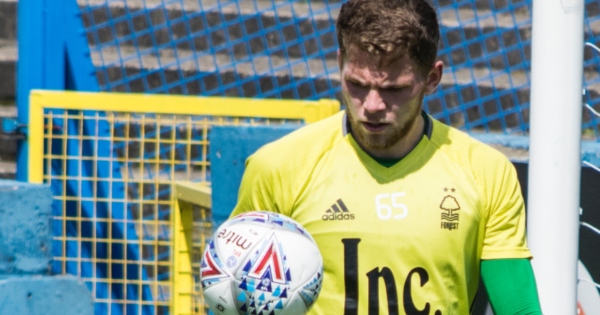 My first sports memories are not good. Granted, I wasn’t overly coordinated or skilled at anything athletically until I was about fourteen, but that’s not where my memories begin.

My memories begin around seven or eight with baseball coaches sighing when they said my name, dreading the thought at having to put me in right field for a couple innings. I remember going two years, the only two years I played baseball, without a hit. Not even a foul ball. Impressive.

When it came time to practice, I was always pushed towards the back and got amongst the fewest turns of anyone, though I probably needed the most. I don’t remember a baseball coach ever saying anything negative, but you could tell they would have preferred another player over me.

After baseball came soccer. It was the first year we had AYSO in our community and I was excited to dump baseball and give this a try. I remember midway through that season, being ten-years-old and having my coach tell me, “I only play you half a game because the rules say I have to.”

Gee, coach. Thanks for that pep talk.

More than forty years later I still remember that moment, though it doesn’t bother me, hurt me or affect me in any negative way. It’s simply a memory.

Long story short, around fourteen I hit my stride and became a pretty decent soccer player. Decent enough to get a scholarship to play at an NAIA school in the mid-west. I played a little adult soccer after that and then in my early twenties switched completely and began playing ice hockey.

That dominated my life for more than twenty years in total and I ended up coaching quite a few years. I coached teams from nine-year-olds all the way through high school varsity and did beginners clinics for four-year-olds through adult.

As I coached I was always aware of the players and how they were reacting to what we were doing. Did it seem too difficult for them to grasp the concept the way I explained it? Maybe I needed to find a different way to get through to them.

What a concept, huh? Every team. Every group of individual players. Is different. Some coaches recognize that and adapt their approach according to the players they have. Other coaches force the players to adapt to the coach’s approach.

Where many a high school coach would yell at a player coming off the ice who had just made a mistake, I would let the player come off the ice and sit for a second.

After that, I would go up to them, ask if they knew what they did wrong and then have them explain it to me. After the explanation I asked if they learned anything and the answer was almost always yes. If it was yes I would tell them to do their best not to make that mistake again. One way they’re more relaxed, feel like the coach believes in them and are ready to show they can do it. The other they’re tense and afraid to make a mistake on the ice, which makes them more prone to mistakes.

After some awful years as a bad youth athlete, as a coach, I always wanted to build up my players and make sure they knew they were wanted (even the less skilled of the lot).

One thing I can proudly say is that over all the years and all the teams, sometimes four at a time, almost every single player was better skilled by the end of the season and felt good about themselves at what they had accomplished.

And isn’t that really the point of playing sports? To feel good about what we accomplished and to represent your team or school with pride?

I think it is.

What did you learn from it all that you can share with other readers? (Be sure to include your “AHA!” moment!)

We want to read your point of view. When you’re ready to submit, click one of the colorful boxes, below.