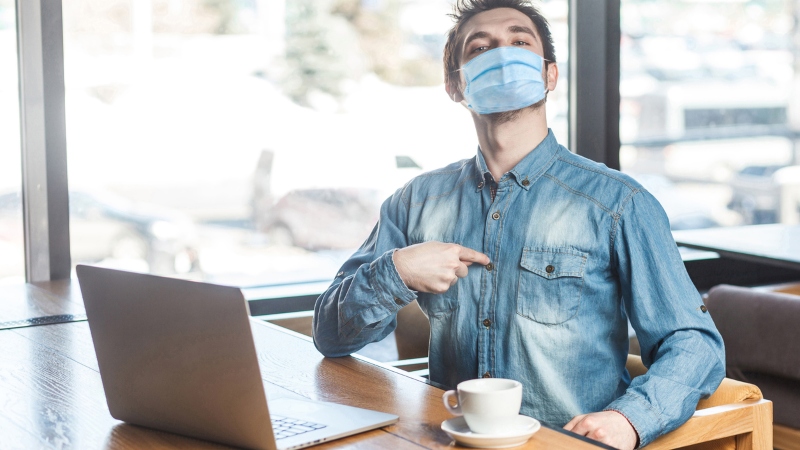 When you hear someone say, “You’re full of yourself,” what comes to mind? Arrogant, uncaring about anyone else, wanting your own way, entitled, SELFISH, are the words that are usually generated. It may come from the childhood messages that many receive: “Don’t be too big for your britches.” “Who do you think you are?”

Those words are like nails on a chalkboard for this recovering co-dependent caregiver who would NEVER want to be viewed in that way, to the extreme that she would make herself emotionally small and cooperative, charming and sweet, tap dancing for approval, sacrificing her own desires and needs. Determined to be low maintenance, a team player, she feared being the team captain. She didn’t want to be perceived as “bossy,” a common derogatory that might have her ducking for cover if it were hurled at her. As a result, she missed out on opportunities to speak up, stand up and step forward.

The good news is that I have put on my big girl panties and am shaking off the apprehension that I could even potentially be perceived as such. I almost don’t care, as I courageously take center stage when needed.

I would like to take a few moments to reframe that concept. What if, instead of seeing “full of yourself” as a pejorative term, we could rephrase it to “self-full”? My friend Deva Troy spoke about this in a workshop she gave yesterday at an open house event at Advanced Wellness in my hometown of Doylestown, Pennsylvania. The image that Deva’s question evoked was of the proverbial glass that is, in my mind, neither half full, nor half-empty; but rather all full, perhaps even to overflowing. Even if 50 percent is liquid, the other is air. As a self-full person, I offer greater care and compassion for the woman in the mirror, taking time to live casually, rather than chaotically. I more often meander, rather than “race around at 100 miles per hour, with your hair on fire,” as had been described by a friend a few years ago.

What amazed, but didn’t surprise me was that this insight arrived after one that came to me as I was taking a mini yin yoga class, offered by Tobie Stowe in her serene haven of a yoga studio. It has been a while since I have been on the mat. It occurred to me, while engaged in some gentle stretches, how much time I had invested in doing yoga, rather than being my yoga. It, like many other aspects of my life, was once a performance, a heated match with myself. “Let’s see how far you can stretch, how much you can be like the other yogis and yoginis sweating on their mats all around you, how you can make it look good, how you can fit in.” Not particularly spiritual thoughts running a sprint through my head, rather than the flowing stream I so longed to be. On this day, I surrendered to my breathing, to the mat, blanket and floor beneath me. When it was time to do savasana — the final resting pose at the end of the practice, I didn’t want to get up. I felt melded into the Earth, embraced by it, as it held and cradled me. My own healing heart was nurtured. At that moment, there was a sense of fullness and wellness, that had escaped me in my competitive (which kind of defeats the purpose) yoga days.

Although I was born a human child, who sometimes told my parents that I was an alien baby left on their doorstep, I have often thought of myself as a chameleon who wanted to fit in with the rest of the world, even as I relished my uniqueness. This had me changing my colors and stripes to adapt to my environment. In high school, I had friends in the various social groups and wanted to be thought of as one of the “cool kids.” Often, I wasn’t sure who I really was. I felt less than full.

Fast forward to adulthood and in the working world, I swirled about being the one who dazzled, entertained, supported, had the answers, held space. I remained a team player, but wanted to be seen as a stand out, so as to maintain my place. It wasn’t about status in the traditional sense, but rather, internally clamoring to be valued and as my friend Natalie says “essential.” This constant woman-in-motion had me feeling depleted; as I burned the candle at both ends until there was no more wax left.

In some friendships and romantic encounters, I stretched waaaayyyy beyond my comfort zones; far more than I ever did on the yoga mat, so as to be viewed, once again as a “cool kid,” even while taking an anthropological stance as if observing rituals that felt foreign. I dipped my toes into waters that sometimes held hidden hazards and shrieking sea monsters that threatened to pull me into the abyss. These days, I am more at ease watching from the shore at times with no need to dive in.

I craved approval and sometimes I cringe at “what I did for love,” as I erroneously believed that I needed others to fill my dwindling tank. It was sometimes a co-dependent dance in which mutual needs were temporarily met, but had me feeling literally “unfulfilled.” I had said yes when I wanted to say no. I stepped beyond my value system and felt out of integrity. I had forgotten the wise words “begin within.” That is where the true treasure lies.

Since coming face to face with those sometimes misguided decisions, I have wept tears of regret. As I accept the behaviors that they led to, I have taken my own inventory; to coin a 12-Step phrase. I am making amends to those whose lives were impacted; even the one whose fingers are tapping on the keyboard; perhaps most especially her.

When I fill myself up, I have little need for others to do it for me and paradoxically, I welcome the genuine, from the heart gifts that life offers to me. When I see myself as that full to overflowing glass, I am certain that I can be a greater force for good and quench, not only my own thirst but that of a parched world.