Get Daily Email
Join/Login CLOSE
Home / Featured Content / How Can We Teach Entrepreneurship? 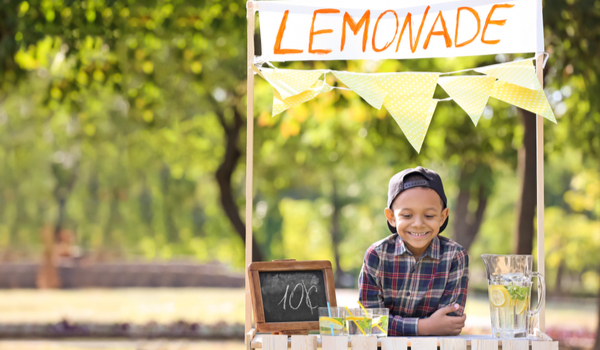 How can we enthuse and empower a whole new generation of entrepreneurs? How can we double or treble the rate at which startup businesses are formed? One way is to start very young with junior entrepreneurs and provide them with the training and experience to inspire them to start their own businesses.

Citrus Saturday is a program that encourages school children to run home-made lemonade stalls at weekends. Developed and organized by University College London, Citrus Saturday seeks to teach entrepreneurship and enterprise skills to young people around the world. Events now run in UK, Ireland, Spain, Germany, France, Belgium, Greece, Swaziland and Mozambique. It is based on an idea which originated in the USA in 2007, Lemonade Day which now has over 200,000 young people involved every year in North America. Children are instructed by adults but set their own plans and then work in order to make their lemonade stands a success. They can keep the money they earn though many donate it to charity.

A similar approach is offered by Bizworld which was founded by Tim Draper in 1997. It aims to challenge and engage school children with fun, hands-on entrepreneurship programs that promote financial responsibility, leadership, and teamwork. Over 500,000 students in over 100 countries have been involved and there is strong feedback from teachers that the program helps children to develop skills in collaborative problem solving, critical thinking, business and finance.

A different approach for older students is provided by MyKindaCrowd where companies set business challenges for students. Good ideas get rewarded – for example students are offered work placements. It enables corporates to access a student viewpoint and gain some bright ideas while helping young people understand and get close to business issues.

Higher up the entrepreneurship ladder is UP Global, a non-profit organisation dedicated to fostering start-up businesses all around the world. Among its offerings is the Startup Weekend where teams work together to prepare and deliver pitches for their new business ideas. These events have attracted over 100,000 aspiring entrepreneurs. Greg Gottesman pitched an idea for a network of dog sitters at a Startup Weekend in Seattle in June 2011. His idea received top prize and six months later he launched Rover.com. The startup has since grown rapidly, with an 800 percent increase in revenue in 2013 and over 25,000 pet sitters spread across all 50 states, up from 10,000 across 40 states in 2012.

New Entrepreneurs Foundation is a UK based charity that assists budding entrepreneurs by providing work placements, coaching, mentoring and networking.

At the top of the chain Y Combinator is a remarkably successful start-up fund and seed accelerator. Since it was founded in 2005 Y Combinator has funded over 550 start-ups with a total estimated current value of over $11 billion. Some of the better-known companies it has funded include Scribd, Stripe, reddit, Airbnb, Dropbox and Disqus.

It used to be thought that only seasoned executives should start new businesses, drawing on their experiences and know-how to build a new venture. We now see teenagers starting businesses developing computer games, mobile apps or internet services. Anyone can start a new business at any age at any time. We need to keep developing the infrastructure and support facilities which will help the next generation of entrepreneurs succeed.

A version of this post was previously published on Destination-Innovation and is republished here with permission from the author.