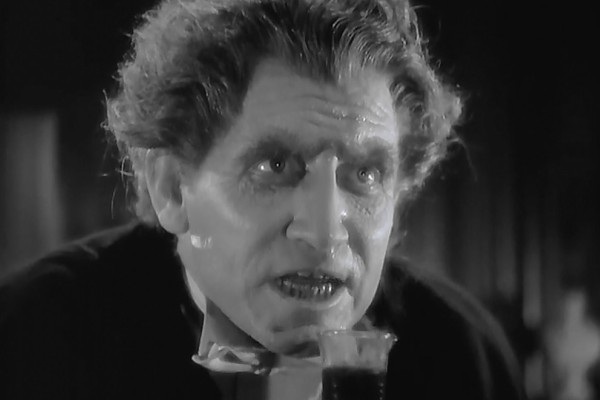 We are like islands in the sea, separate on the surface but connected in the deep.

Everything in life is connected, so say the String Theorists – not a soul-patch sporting violinist and his lip, ear, nose, tongue, and navel pierced harp-playing buddy, but a cadre of cranial-advanced physicists who believe that the fundamental constituents of reality are strings of extremely small scale (possibly Planck length, about 10-35 m) that vibrate at specific resonant frequencies.

Confusing?  For sure.  But what is clear, at least to me, is that there is some sort of connecting vibration out there, and I’m not talking about the shock I get when I plug in my waffle maker.  For instance, I’ve noticed that many of the books I read, once I am deep into the reading, their subject matter, their themes, the traits of their characters, have a way of showing up in my actual life…and illuminating it.

Let me give you an example.

Some years ago, around early October, in homage to Halloween, I decided to reread the “Strange Case of Dr. Jekyll and Mr. Hyde.”   Picking Robert Louis Stevenson’s classic horror tale was part of an effort I made back then to revisit the school-required reads of my youth.  This was partly because I hoped my adult brain might glean more literary goodies from the pages than my adolescent grey matter (preoccupied with thoughts like “help!”) ever could.   And also, as someone who wanted to write and to write well, I knew it imperative that I also read well.

But because I had mostly skimmed through a litany of iconic books as a forming human with acne and a short attention span, I felt as those I had missed a vital component of the learning process it took to become a mature and successful writer.  To me, it was like pretending to be a physician without knowing anything about anatomy (I have actually met a few).  I felt a fraud, and took it upon myself to work through the old “summer reading lists”, discovering, happily so, that the lens of age did, indeed, help me pluck out new meaning from books such as Tom Sawyer, The Red Badge of Courage, and Gulliver’s Travels.

But back to Jekyll and Hyde.  During the week or so I was reading the book, I couldn’t escape mention of the split-headed duo outside the pages. On the evening news, for example, an anchor described a disgraced politician as having a “Jekyll- and Hyde-type personality.” In the tabloids, (yes, I read the Star), reports came that an emaciated actress had fainted at a Hollywood hot spot named “Hyde.” And the Cartoon Network, which I always had trouble avoiding, seemed to always be airing footage of those maniacal magpies Heckle and Jeckle.

But even more than an acute awareness of how frequently the Dr. Jekyll and Mr. Hyde name was being bandied about, I began to see how important the theme it represented (the dual forces of good and evil that dwell within each human psyche) was to modern pop culture. Reality TV, something just gaining ground at the time, was, I thought, completely beholden to the Jekyll and Hyde concept – mining dramatic tension through the transformation of the seemingly sweet and innocent into the crazed and brazen. The only difference I saw was that while Jekyll had to gulp down a mysterious potion to induce the emergence of the evil Hyde, some (or most) Reality TV participants at the time needed only to ingest the idea of fame, prizes, or off-screen stimulants to become, dare I say, monstrous creatures.

Now this all might seem a bit of a stretch, and that I am reaching for (connecting) straws in making my case about connection, but the general point I’m trying to make is that the more we are aware the more we are aware.  That was not a typo, but a simple way of saying that consciousness, so to speak, relies on being conscious.  If we are actively concerned, say, about climate change, and make it a part of our days to study the causes and effects of pollution and energy consumption, to try to limit our carbon footprint whenever possible, then we are more apt to see these same principles in others, or see the opposite principles in others.

In such a way, we connect with people, no matter how we feel about them, and we connect with the natural world, in ways that make us glad or sad, through the focusing portal of environmentalism.   Which is why it is important to open yourself up to learning, to invest your mind and time in things that challenge you in healthy ways, to reach out to others who are doing positive things with their lives, who are not filled with hatred or stuck in gloom.  As Plato said, “People are like dirt.  They can either nourish you and help you grow as a person or they can stunt your growth and make you wilt and die.”

As for me, I have a lot of good books to read.  Each one, I know, will present me with opportunities to make new connections in the world to what is already out there waiting.  And with luck, one day, when it’s all said and done for me, I will have solidified my spot on the string.

END_OF_DOCUMENT_TOKEN_TO_BE_REPLACED

Facebook15Tweet3Pin1EmailShares19
wpDiscuz
Share this ArticleLike this article? Email it to a friend!
Email sent!