Referential thinking to me is the idea that everything everyone was saying or doing was in direct relation to me. With psychosis, there was a process and a way of thinking that was ego-centric, and it really felt like I was getting secret messages from TV, the radio, professors at school, and everyone around me even when they weren’t directly talking to me. Some of this line of thinking started with the mentality of “everything happens for a reason”. 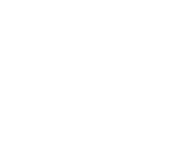 From having watched years of television, where everything does happen for a reason and everything on the screen is interconnected in at least subliminal ways if not obvious ways, I developed this pattern of thinking. I think another facet of this also was the constant fear I had from living in the fraternity. Interpersonally I was struggling because of psychosis and everyone in the frat seemed to be against me, wanting to fight me, or wanting to hurt me. This created a hyper-vigilance coupled with thinking patterns that comprised referential thinking.

Being constantly afraid caused me to constantly look for warning signs as to what might happen next and the fear of the fraternity members also threw off my thinking. During my episodes I was constantly looking for connections between things, even if they weren’t connected, and this was a part of referential thinking. It was a defense mechanism to try to anticipate whether there would be problems thrown my way. I believe there were other factors as well but these seem to be the main events I can trace back as the root of the issue, as I believe most psychosis for me is rooted in life experiences.

As my mental health worsened over time, I lost faith in my own ability to listen to what I was thinking and my own logical reasoning and this led me to look outside of myself for guidance on what to say and do within every moment of the day. This led me to buy three hundred dollars in produce because I thought people were giving me signals to pick up the same foods they were. In retrospect, I was in a state of psychosis and these people could see to some extent I was not well. They might have looked at me worriedly, put produce in their carts, and then looked again because they were afraid of me. I couldn’t see that when it was happening.

Another contributing factor to looking outside of myself for guidance was having lost my ego-boundary. The ego-boundary is what separates the internal from the external world, telling you that these words on the page are outside of your mind while the thoughts within your head are inside your mind. When I lost my ego-boundary it felt like everything was just within one blend so it felt like external words and suggestions had internal standing and were happening in direct relation to my thoughts. Thinking this was happening contributed to me listening to people around me for guidance. I would think,” Should I buy strawberries.” Someone would see me looking at the strawberries, pick up their own strawberries, look at me to walk past me, and then I interpreted this look as a suggestion that I should buy them.

Moving forward after my episodes, taking medicine was the first step to normalizing my mind. The medicine helped clear up my thinking and re-establish an ego-boundary to an extent but there was more work to be done. I had to unlearn the ways of thinking that anything and everything happening was related to me. A part of this was journaling that not anything and everything happens for a reason in real life. In fiction, anything within the art has a purpose and the same tends to go for commercials and even live television productions but in real life that’s not true. Knowing that this is the nature of fiction and that real life is different helped me to start seeing how things were not connected. I strove to see how things were not connected and this was really helpful for me. The more I could see how things were disconnected the easier life became.

An important realization I made was to understand that no one from the fraternity is out to get me anymore. It took time to realize this as I wasn’t fully rational after my episodes. Having run into a number of guys from the frat and seeing that they were happy to see me in later years helped me to realize that no one really cared anymore about how much I had been struggling interpersonally during those times. No one was mad at me or out to get me. Realizing this helped me to unlearn the defense mechanism of searching for clues and insights into reasons I’d need to defend myself. No longer having a reason to defend myself took down my guard which was really helpful.

Another realization that helped me was learning that the internal world does not have to be the same as the external world. During my episodes, I had developed a belief and ideal that everything within my mind would be the same as everything I said externally. I wanted to be as genuine as possible, not realizing I was taking this to an unhealthy level. When I learned there are internal processes and thought patterns we all have that we don’t express externally this was helpful.

I had to learn that everyone has a different internal life and that our external lives are also different. I used to define myself and who I was in terms of what I was thinking and feeling. Moving away from this and defining myself by what I was saying and doing helped. Having space to think and feel whatever I wanted also alleviated a lot of symptoms. It helped me to realize I am a good person when for years I struggled to see that because I was judging myself based upon what I was thinking and feeling as opposed to what I was saying and doing.

Lastly realizing that I am not the center of the world was really helpful. I had been very ego-centric during and after my episodes and getting rid of this behavior was really helpful. In fiction, most things happening have some relation to the main character or other characters. Even innocuous things such as people placing down a teacup can have metaphoric standing and relation to the main character. When I finally realized most things people are saying and doing are not related to me, I was able to even further disconnect life and to see more clearly. Most of the things people were saying and doing had more to do with who they were than with me.

I also realized that I might be at the center of my own world, but I’m not at the center of the entire world; that really helped. We are all at the center of our own worlds but within the world, there is no real center.  This helped me learn that I’m a person amongst persons and even if things are happening around me they don’t necessarily have relation to me or to what I’m thinking and feeling.