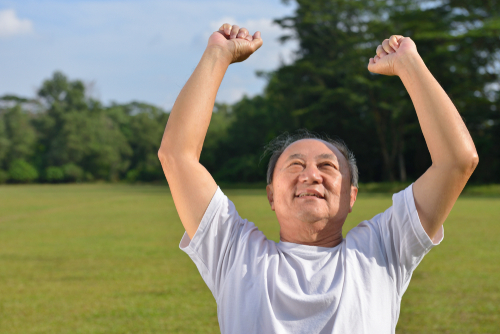 —
“Pain is just weakness leaving the body.” “Be a man.” “Stop crying like a little bitch.” “Don’t be such a pussy.” Sound familiar? Yeah, it does to me too, unfortunately.

One needs to do nothing more than watch the video of a young Amar Collins, posted by his father on Youtube, showing him receiving a set of shots, and the ensuing encouragement to know how toxic this culture can be.

Experiences like these are killing our boys’ sensitivity. The New York Times has reported on studies showing that boys around age four and five are actually more sensitive than girls at the same age; so where is that sensitivity going? The answer is alarming-society is conditioning it out of young boys by constantly telling them to “be a man”.

Last night I dreamt. I dreamt that I was back in the heat of the desert outside of Al Haqlaniyah, Iraq. I could feel the rumble as the explosion ripped through the other truck, Delta 5-3. I could smell the smoke as I watched the mushroom cloud rising from the blast site. And I could feel the tears as I woke up in the middle of the night, remembering the loss of good men.

And then I got up, went for a run, showered, and started working. I didn’t talk to anyone about my dream. Until now.

I have destroyed relationships, lost friends, jobs, family, and even at least half my stuff on multiple occasions. Every time this happened, the reason was simple- I wouldn’t open up. I wouldn’t let someone in. I wouldn’t ask for help. I suffered in silence, inside my head. I let my demons consume me. I became an alcoholic trying to fight those demons on my own.

Why is there such a stigma around men and mental health? Why is it just not OK for us to be anything other than ‘fine’?

For our own health, men, we need to change this. And it starts by admitting that we have problems. That we aren’t wired right. Or that we need help. It is all too easy to place blame elsewhere for our shortcomings. Or easier yet, we tend to just bottle up our feelings and pretend that they don’t exist in the first place. This not only damages ourselves, but those around us.

When we think about someone getting help for an affliction of the mental health variety, what do we think of? We think about going to a counselor, a psychologist, a psychiatrist, or something of that nature. We think about professionals in white coats, patients donning white robes, or even the extreme of those wearing white straitjackets.

When we consider an individual, who has mental health issues, we tend to think of those who have committed extreme acts because of those issues. We look at the Las Vegas shooter, the Colorado movie theater shooter, we think about the attacks in Paris, New York City, Sutherland Springs, and Charlottesville.

What we don’t think about is a man getting up at 5:30 every morning and going to work to support his family.

We don’t think about the kid getting straight A’s and playing sports in High School.

We don’t think about the valedictorian.

We don’t think about the mother who is doing an excellent job taking care of her two children.

And we don’t think about our parents, as they move into their golden years.

And that’s the problem.

Mental health isn’t some vague concept that only affects a small percentage of the population. Mental health affects each and every one of us, every single day. Every time you take a five-minute time-out, every time you wind down before bed with a hot shower, every time you go to the gym or for a run to burn off the stress of the day, your mental health has directly affected your course of action. It has affected your decision making and altered your behavior. And while it may not have done so on a grand enough or negative enough scale to cause you to turn to violence, or drinking, or even confusion, it has still played an important role in your day.

Now imagine if you hadn’t taken those stress-relieving measures, for days on end.

No one starts out responding to stress by committing a mass shooting, or an act of terror. They start by yelling at their dog, wife or girlfriend, or some random person at the bar. And this is why those five to ten-minute mental health check-ups are so imperative in our everyday lives. We need to learn to burn off stressors whenever they arise, and not let them build up. And by facilitating a culture that doesn’t allow men to express themselves properly, we are killing our boys. We are teaching our men to hate and harm others, or themselves.

And most importantly, we are devastatingly teaching them that they have to go through this alone.

A good friend of mine once told me, after giving a homeless man his last five bucks, that he had compassion for those who’ve fallen on hard times because he knew what it was like to be one missed paycheck away from ending up out on the street himself. That made a lot of sense to me.

And I think that same principle applies on a much grander scale. We are all a few missed mental health check-ups from spiraling in a direction we don’t want to be headed. And while we all may deal with our problems in different ways, there comes a point when we don’t have that control anymore. And that’s when tragedy strikes.

Instead of creating a culture where getting help makes us seem weak, let’s all embrace the fact that we do the same thing internally every day anyway, so where’s the harm in externalizing? We, men, are more alike than what we think. We can be each other’s support network.

So, men, tell your wife about your dream. Don’t kick your dog. Tell your son he did a good job, and that is OK to cry. While having a beer with your buddy, tell him your fears. Most importantly, don’t be scared to be yourself and open up, whatever that means for you. Who knows, once you do that, you just might like what you find.

Dustin Lehmann is a combat veteran of both Iraq and Afghanistan. After receiving his Honorable Discharge from the United States Army, he went on to obtain an undergraduate degree in American Literature and Economics. While completing his undergraduate work, he deployed twice more as a private contractor.

Next, he went on to complete his Juris Doctorate at the University of Cincinnati.

Dustin serves as the CEO of Risers Consulting and Founder of The Leadership Group (TLG), which seeks to further education around masculinity, safety, equality, bullying, and identity.

Dustin one day hopes that the preconceived notions about what it means “to be a man” are torn down and in its place arises a new concept of what it means to be a person. He is responsible for the development of TLG’s "We’re All Green", a mentoring program developed by Veterans for Veterans that aims to make the transition from soldier to student easier. In addition to his work with Veterans, he has worked with fraternal communities on several campuses including the University of Cincinnati and Purdue.

When Dustin isn't out working, he enjoys spending time with his dogs, reading anything with a Marvel or DC stamp on it, and playing as much golf as possible.
You can also follow Dustin here.

Dustin, thank you for your precocious and courageous maturity in sharing. Your path as an influence in the male subculture is set and already spreading healing to many confused and lost little boys inside men’s bodies. peace, B

END_OF_DOCUMENT_TOKEN_TO_BE_REPLACED

Facebook298Tweet2Pin1EmailShares301
wpDiscuz
Share this ArticleLike this article? Email it to a friend!
Email sent!