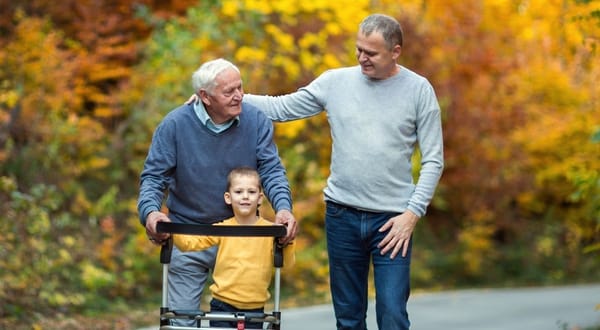 —
My dear friend Cheryl often reminds me of the old proverb, “Kindness begets kindness.” Amen to that.

The NBA All-Star 24-year-old, 6’ 11” Giannis Antetokounmpo, “The Greek Freak”, is the center for the Milwaukee Bucks, with the best record in the League. Giannis was born in Greece to Nigerian parents. The Dude can ball, averaging 27.4 points, 6.0 assists, and 12.5 rebounds per game. He’s a beast on the court. His length, strength, jumping ability, speed, and mind for the game make him nearly unstoppable in the paint. Although he doesn’t shoot 3’s, he’s the phenomenal passer, using double teams on himself to set up his teammates to score. He might be the NBA Most Valuable Player (MVP) this year.

Giannis injured his ankle in a recent game. Cute 11-year-old Lily Stauffer waited while Giannis, who sat at a table, signed his numbered Bucks jersey for her. Lily grasps a purple folder which contains her art project over the course of a year and a half dedicated to Giannis – drawings of her hero. She presents the folder to him, saying, “Because you’re my favorite athlete…”

Giannis looks at the artwork and says, “Thank you so much. This is amazing. I’m gonna give you a hug.” Giannis makes his way from behind the table and hugs Lily, who barely comes up to his waist. She is in tears. So, was I watching the video on “Religion of Sports”? Giannis is Lily’s hero. Now, I suspect that Lily is Giannis’s hero, too.

It takes amazing courage for Lily to put herself out there in the world. Because you just never know sometimes: Will the world like you back? Bless the Good Men in the world like Giannis, who was touched by the kindness of the little girl, and gave kindness back. Personally, I don’t think that we can ever overstate the inherent kindness in others.

If you’ve read any of my hundreds of movie reviews*, you know I’m a movie guy. Years ago, I was a huge fan of “At the Movies” when it was hosted by A.O. Scott and Michael Phillips. Tony and Michael graciously took over the mantle from legendary movie critics Roger Ebert and Gene Siskel. The show lasted for little over a year.

Perhaps, the popularity of TV movie review programs lost relevancy in the burgeoning era of online film critique platforms. Yet, I had an affinity for Michael and his taste in movies. Michael and I are also about the same age.

A couple of years ago, I read Michael’s review of “Wonder Woman” in the Chicago Tribune. He distinguished Director Patty Jenkins’s “Wonder Woman” as the cultural movie ‘game changer’. Me too. I wrote an e-mail message to Michael thanking him for his review. He sent a very gracious reply back. That began an invaluable e-mail friendship over the past couple of years. No, we’ve never met one another.

Aside from being the outstanding movie critic, Michael is a movie fan. Like me, we both love movies. Michael or his call sign MP, is a good man.

I’m on Match dot com. A couple of years ago, I met a really nice woman. I arranged a date for dinner and a movie. I asked Michael if he could recommend a good date night movie. He wrote back and mentioned “The Big Sick” written by and starring Kumail Nanjiani, which I had seen, because he recommended that previously to me. Michael also recommended independent film “Columbus” starring John Cho.

I emailed back to Michael, thanking him for his kindness. What a Good Man. Turns out that none of those movies were playing in Newport Beach where I had my Match dot com date. Also turns out that nice woman was really not for me. Oh, well.

Still, Michael and I remain friends. We’re kind to each other. Michael gives me a heads up when one of his movie reviews is about to drop, like “Creed 2” or “Captain Marvel”. Although I’m not a scary movie kind of guy, I went to see Jordan Peele’s “Us”. Michael had told me that it’s worth seeing. And that’s always good enough for me.

Michael was right: I liked “Us” a lot. I’d even see “Us 2”, which might eventually come to fruition.

Kindness does beget kindness. You can never over-state or over-estimate the kindness in others. When we show kindness to others from the goodness in our hearts, it comes back. No, that’s not why we do so. It’s karma. What I’ve discovered over the years: Be kind, just because. And the world is all the greater for that kindness. Just saying.
—

*Click here to read Jon Ochiai‘s movie reviews as well as his many Good for the Soul essays.

Facebook31Tweet1Pin1Email3Shares36
wpDiscuz
Share this ArticleLike this article? Email it to a friend!
Email sent!