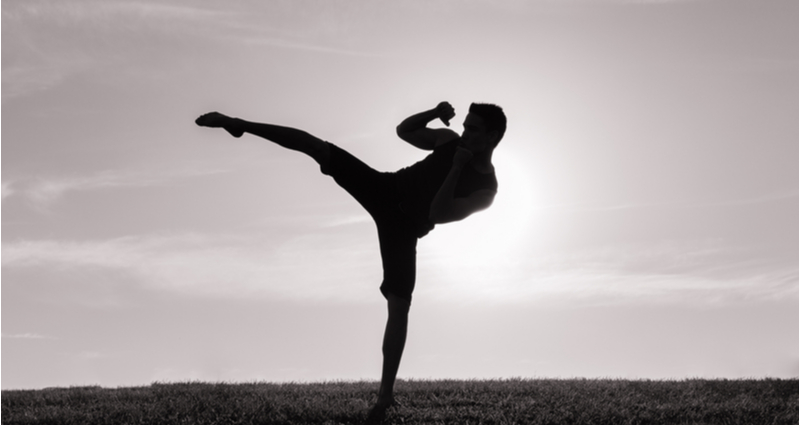 According to the late Mizukami Sensei, Aikido was about repetition. You came to practice. You came to the Dojo to just train. Sensei said that I came to practice even when ‘I don’t feel like it’. If I had a bad day or was pissed off, I still came to train. I leave all my shit at the Dojo door. When I’m in the Dojo, I’m open to train. It’s on. So, my training starts even before the Aikido training. I check my ego at the Dojo door.

Yeah, I’m free to take my ego back with me when I leave the Dojo. After sweating, throwing others, and being thrown a couple hundred times, I left my ego at the door, too. Just saying.

O-Sensei Morihei Ueshiba said, “True victory is victory over oneself.” I don’t contest my opponent on the mat. Instead, I apply the technique on myself. I overcome me, my GOAT (Greatest of All-Time) opponent.

Years ago, Mizukami Sensei told me, “There’s no competition in Aikido.” Also, that’s what makes Aikido so difficult to train. Aikido is never about who’s stronger, who’s better. Aikido is a selfless pursuit. Sans ego. Aikido invents your greater self.

In Aikido, I apply the technique to myself, overcome me, and train my greater-than version. In doing so, I help make others greater, too. I don’t have to prove anything. I just train.

Sensei Bobby said the heart of Budo, Japanese martial arts, is “to serve”, to serve others. We serve so that others can grow and evolve into their greater-than selves. Through my trials and tribulation, I get that the World is not all about me. Yes, I train to heal myself, to make myself work, so that I can make a difference for others.

In Sunday Aikido class, it was just Sensei Bobby and me. A visitor came to watch the class because she was interested in Aikido and thought about taking classes. She watched Sensei teach me how to take falls (Aikido body rolls) correctly. I reinvent my falls with Sensei, after nearly 30 years of bad habits, old ways. Sensei is Rokudan, 6th-degree black belt. I’m Yondan, 4th-degree black belt. So we’ve been at it for a while.

As I reinvent my Aikido rolls, I really face my fear. I’m afraid of getting hurt. I have old injuries to my back and knees from years of Aikido training and a less-than-optimal falling technique. I practice my falls, keeping my feelings out, not balling my feelings inside, in fear.

Following Sensei’s instructions, I trust my body more, not fearing so much. I take my time. I hear my Mom’s wisdom, “Slow down, Jonny.” Amen.

I practice landing with the top of my feet placed flat on the mat, instead of jamming out my toes. I resist less against the fall and extend through. In the bigger picture, I reinventing my Aikido rolls and work through my fear to find balance, to find peace. I just train.

In class, I worked on the 13 movement jo (wooden staff) kata, which I’m getting down. I move my body in response to predetermined jo attacks. I looked very intense while practicing the 13 jo kata. Sensei smiled, “You need to relax.”

Mizukami Sensei always said, “Wait it out.” I train the mindset of inviting the attack. I practice relaxing my body, and my face. Just saying. After class, I said, “I get it. I should smile when someone attacks.” Sensei smiled, too.

We spoke with our visitor after class. I said, “We train the body to train the mind.” Later, Sensei and I discussed our Aikido training over the years. He said that we train in Aikido to free our body and our mind. “Aikido is about freedom.”

I didn’t check out my ego when I left the Dojo on Sunday. 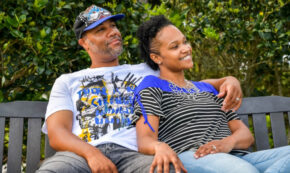