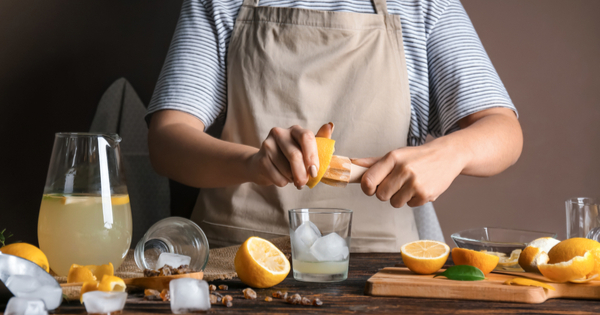 It has been one year since my blood-shot, tear-stained eyes met my husband’s stern eyes from across the table at my divorce attorney’s office. She had a mountain of paperwork ready for us to sign that represented a mixture of freedom and fear.

This moment was the culmination of the five long years I spent agonizing over whether or not to end my marriage.

As anyone who has been through it knows, and as anyone who hasn’t can imagine, even in the best of circumstances, divorce is often an incredibly painful, agonizing, and devastating event.

Add decades of life together and children to the equation, the pain grows exponentially. For those of us who experienced a bitter ending, filled with abuse and battles that felt like they would never end, the process is akin to an emotional death sentence.

However, now that I have arrived at the one-year anniversary of our divorce and many of my wounds are beginning to turn to scars, I can feel my outlook changing, lightening, and maybe even coming full-circle.

Even worse are the years of relationship purgatory in which one or both people in the marriage aren’t satisfied enough to be truly happy but aren’t miserable enough to leave.

For some couples, marriage and happiness become mutually exclusive things. When this happens, the emotional process of a divorce may have already begun long before either person admits out loud the marriage is dying or dead.

It is for those hearty souls who are in the throes of indecision and who feel they have done everything they can to find happiness that I offer the following perspectives:

On the Positive Side: There is grass on both sides of the fence.

This caused me a lot of stress as I worked through the painful, but necessary, the process of weighing the pros and cons of ending my marriage.

I mean really, we had already been together for almost twenty years. What was another 20 years?

It is only after having some space and time that I can clearly see the people who told me this when I was contemplating leaving my marriage were those who believed in staying married no-matter-what, even after decades of neglect, unreasonable compromise, unhappiness and/or abuse.

Now that I am officially on the “other side,” I call bologna on this. For many people, the grass absolutely IS greener on the other side and there are flowers and delicious fruits growing too. Flowers of self-care and fruits of happiness.

It may be hard for some people to accept that sometimes there just isn’t enough water to bring dead grass back to life. Now that time has given me the opportunity to see things more clearly, it is painfully obvious that the people who told me the grass isn’t greener on the other side only had a perspective from one side of the fence. How could they know what the other side is like if they had never experienced it?

Realizing this was an important reminder that taking advice from someone who hasn’t personally gone through what I was going through will only do one thing — cloud any inner-knowing.

On the Negative Side: Personalities Are What They Are.

In fact, the qualities you found to be most challenging in your spouse’s personality will probably be exacerbated during the emotional process of the actual dissolution because…

Divorce most often brings out the worst in a person’s best.

If your spouse’s best is already pretty good, you probably aren’t considering divorce. However, if your spouse’s best leaves a little to be desired — or were grounds for divorce in your opinion — you can expect it will come out in full force and hit you like a ton of bricks during this process.

If you decide to move forward with divorce, be prepared to deal with your spouse’s worst qualities for months and maybe even years during the process. However, the good news here is that you don’t have to deal with them every day like you did when you were married. The flowers of self-care and fruits of happiness I mentioned above have a magical way of building resiliency and self-worth that you may have not felt when you were married, which is incredibly empowering.

On the Positive Side: It Doesn’t Have to Be Bitter.

If your spouse comes to you and tells you they want out, chances are good they’ve been sending you SOS signals for a long time that you have been consciously and/or unconsciously ignoring. This is the time to show them kindness and understanding, not hate and revenge. There is never just one victim in divorce.

If you find yourself on the receiving end of a bitter divorce, you may find yourself on the fast track to learning how to stay calm when you want to explode, picking up communication skills you never thought you’d need, and caring for yourself in ways you never knew existed. These are all positive outcomes in a difficult situation, even though they may feel overwhelming at the time.

On the Negative Side: The Good-bye may be Bigger Than You Think.

It is true that there are two sides to every story. However, you must be prepared that no matter how close you were to your in-laws when you were married, your side of the story may not have any credibility if you are the one who wants out, even if they have personally witnessed their adult child treating you horribly year after year.

The people in your life who love you will support you.

The people in your life who judge you aren’t your people. They are probably your soon-to-be ex-spouse’s people.

I was so close to my in-laws during my marriage that I allowed my mother-in-law to attend the birth of our first child, which resulted in her having a front-row seat to watch my private parts in all their swollen glory during the seven hours of pushing I endured during labor.

We were thick as thieves after that. Now she won’t speak to me — not to say good-bye to me as her daughter-in-law — not to say hello to me as the mother of her grandchildren when I drop them off for a visit with her.

You must be prepared for the fact that it may not just be your spouse who goes, but also many people you have cared about for years.

I know every family and situation is different, but I can say at the one-year anniversary of my divorce, that none of this matters as much as I thought it would when I was in the middle of it.

I’m not going to say it has been easy because it most definitely has not. However, the scars from my divorce are beautiful in their imperfection.

They are scars that remind me of how grateful I am to have been granted a pardon from a life sentence of misery.

Previously Published on PS I Love You

Facebook4Tweet1Pin2Email1Shares8
wpDiscuz
0
0
Would love your thoughts, please comment.x
()
x
| Reply
Share this ArticleLike this article? Email it to a friend!
Email sent!