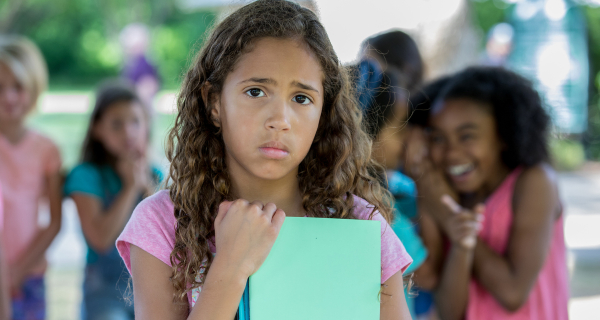 We sat in the library while the librarian read a boring book. There were 34 of us first graders. I was five at the time. The library was in a school in Queens, NY. It was full of working class kids from all over the world.

There was the cute boy from Armenia a friend dared me to kiss during recess. There were two girls with long hair that I always wanted to touch — one was from Milan and had locks like pale burnished wood, the other was Nicaraguan and had silky black tresses.

A Jewish boy and two Muslim girls didn’t eat the school lunches because they couldn’t eat pork. My parents were Hindu, so Mom always packed me a vegetarian lunch. A Greek classmate often scolded me to eat meat, because otherwise I wouldn’t grow up strong.

The class bullies were a Korean boy and an Irish girl. He made us cry by saying mean things, she hit people when they least expected it. The class misfit was a quiet Samoan who daydreamed and sometimes picked his nose.

That day, we all sat in the library bored until one little girl spoke up.

She had dirty blond hair and blue eyes. She asked the librarian if we could read another book, because this one was boring. She didn’t even raise her hand, she just spoke up.

I held my breath.

The librarian smiled and said, “I guess this is a boring book. Let’s find another one.”

And that was that. It was a revelation to me, we could speak up like that and be heard!

So a few weeks later I did it.

I was totally shocked by what happened.

The librarian didn’t smile and pick another book. Instead, she became really angry. Her eyes flashed and she yelled at me. I don’t remember exactly what she said, but I remember it really hurt my feelings.

Because it was unfair.

I had only said the exact same thing as the other girl. Why was I being treated differently?

That’s when I learned — life is unfair.

I’m sure I’d come up against this lesson before, but this time it really sank in.

Being the weird little kid that I was, I took this as a data point. I carried out other experiments, to see if I would be treated the same way as other kids for doing the same thing. I don’t think the results will surprise anyone!

Girls and boys were treated differently.

For example, and I’m ashamed to admit this, I poked the boy who sat in front of me with a ruler. He was a mean little boy, and no one liked him. He was hot tempered and quick with a punch. But he wouldn’t hit me because I was a girl.

So sometimes it was an advantage, being a girl. Sometimes it wasn’t. Other things were much more black and white — for example, being black or white.

If you were white, you were favored by some teachers. A few didn’t even try to hide their contempt for darker-skinned children. But other teachers didn’t care about race.

Neither did most of the kids. They did care if you were overweight. Fat kids got teased. Being skinny, being extroverted, being pretty — those were advantages. If you were an ugly, shy, fat, dark-skinned kid, you were screwed.

If your parents had money, that made a difference too. Even in a working-class neighborhood, there were income disparities.

The son of the Greek realtors was popular. He always had new clothes. The Samoan kid being raised by a single mom wore the same threadbare jeans every day. I suspect part of the reason he had a hard time focusing in class was that he wasn’t getting proper nutrition at home. One school lunch and a half-pint of milk wasn’t cutting it for him. But none of the teachers, from what I recall, had much sympathy for him and the other kids made fun of him too.

These were some of the lessons I learned in grade school, lessons that were not on the curriculum. These lessons taught me that if I wanted to succeed, I would have to work harder than a lot of other people because life is not fair.