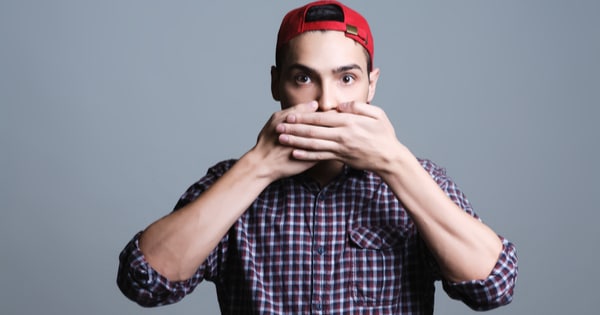 I’ve always been very sensitive because of my Autism. Over the years, I have grown a thicker skin in relation to others’ hurtful comments, but my hypersensitivity on the inside has never disappeared.

As a young child, I could get angry very easily and express it at the metaphorical drop of a hat. As a teenager, I often got falsely vilified for getting angry at others who treated me like crap and then, sometimes, acted as victims when I called them out for it.

The trouble was, growing up I was sensitive about myself and generally insensitive about others. I have worked exceptionally hard on kindness to others as an adult, and I haven’t really, really intentionally yelled at someone in almost a decade.

In some ways, that’s great because it suggests that I’ve gotten better at managing my anger. In other ways, it’s immensely frustrating because I’m worried that I could explode at any moment.

The last time I yelled like that, it was at a friend who had interrupted my conversation about a friend’s death and made it about himself. He did not know that that’s why I was upset, so he most definitely did not deserve my wrath. I needed to yell that night, though, and it scared the crap out of people. I am grateful to say that he forgave me when I apologized.

Working in education and retail in the last few years, I’ve gotten better at setting boundaries and avoiding people-pleasing. That’s not easy for me, and I have made a lot of progress, but sometimes I do want to explode.

Usually, what angers me the most are things about myself that I’ve worked on that others appear to not care about: entitlement, laziness, not understanding a concept or point of view that I’ve worked hard to understand, using bigoted language that I used to use. Sometimes, it’s for the best that I have to keep quiet, but that can lead to ruminating over a resentment, which is unhealthier for me than if I get angry at the moment.

So, whenever I next want to really, really intentionally yell at somebody—and let me be clear, it would scare the crap out of people—hopefully I’ll have developed enough coping skills in the moment and enough empathy to not feel the need to yell at all. And if I do yell, hopefully forgiving myself and the other person will be a lot easier than it used to be.

Josh Friedberg is an author, scholar, singer, and songwriter based in Chicago. He has published multiple pieces at Good Men Project and PopMatters and looks forward to being a part of the conversation.
instagram.com/joshfrmusic
twitter.com/joshfrmusic
facebook.com/joshfrmusic

END_OF_DOCUMENT_TOKEN_TO_BE_REPLACED

Facebook27Tweet1PinEmailShares28
wpDiscuz
Share this ArticleLike this article? Email it to a friend!
Email sent!