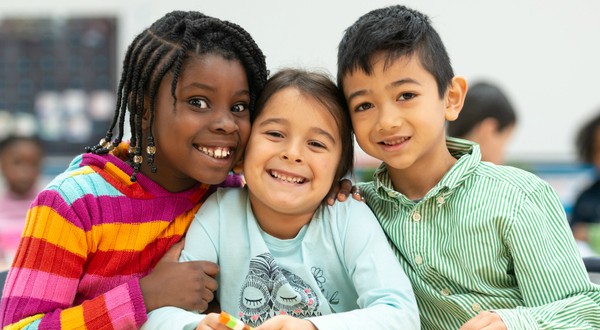 Researchers Marc Jambon and Judith Smetana ran an experiment with 135 four- to seven-year-olds to examine children’s moral development. They wanted to see whether physical aggression, which naturally declines in most children in this age group, falls more quickly among children who are more sensitive to stories of children like themselves committing moral violations and breaking rules.

They told each child four stories.

Two were about moral violations, drawn from the following three:

Two stories were about breaking conventional rules, drawn from the following three:

The researchers asked a question about each story: “How would you feel if _____?” The children selected a neutral, sad or in-between face to rate their reaction.

But the study of moral development in children faces a well-established challenge in: Are we measuring actual guilt or fear of punishment? To overcome this, the researchers then modified the question for all the stories: “If your teacher didn’t mind and let children like you do this, how would you feel if _____?”

Children who sustained their reaction to moral violations when told that the teacher did not mind, but relaxed their reaction to rule breaking, showed a greater drop in physical aggression between the time they were told the stories and nine months later, according to reports by their teachers. Put another way, among children who reacted the same way to both moral violations and rule breaking when a teacher said they were OK, aggression fell more slowly.

This finding adds to a growing body of evidence linking children’s moral development with their behaviour.

—
This post was previously published on www.childandfamilyblog.com and is republished here with permission from the author.
—