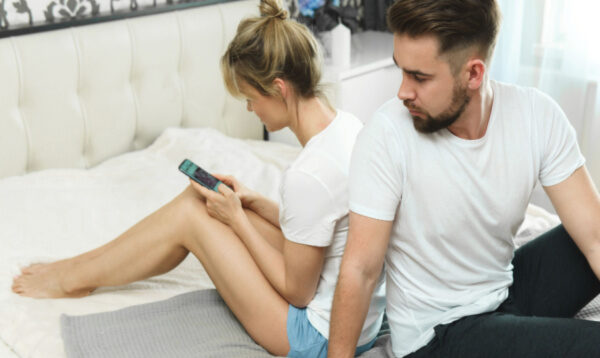 You’ve no doubt come across extroverted narcissists. That’s the kind of narcissist you’re used to hearing about, the one about whom all the fuss is made. They’re loud, vain, and easy to spot. They flaunt their money and possessions, scramble to be the center of attention at every occasion, ruthlessly jockey to rise through the ranks at their office. But narcissism manifests itself in other ways, as well. An intense drive to feel special can yield two other types of narcissistic behavior: introverted and communal.

Introverted narcissists (also called “vulnerable,” “covert,” or “hypersensitive” in scientific literature) are just as convinced that they’re better than others as any other narcissist, but they fear criticism so viscerally that they shy away from, and even seem panicked by, people and attention. Their outward timidity and wariness makes them easily mistaken for self-effacers at the far left of the spectrum who lack any drive to feel special at all. But what makes them different from echoists, who fear seeming narcissistic in any way, is that they don’t feel inferior. They believe they harbor unrecognized intelligence and hidden gifts; they see themselves as more understanding of, and more attuned to, the intricacies of the world around them. In self-report, they agree with such statements as I feel that I am temperamentally different from most people. To an observer, these people appear fragile and hypersensitive. In conversation, they’re apt to jump on a misplaced word, or a change in tone, or a brief glance away, and demand What did you mean by that? or Why are you turning away? There’s an angry insistence to introverted narcissists: they seethe with bitterness over the world’s “refusal” to recognize their special gifts.

Communal narcissists, a type more recently identified by researchers, aren’t focused on standing out, being the best writer or most accomplished dancer or the most misunderstood or overlooked genius. Instead, they regard themselves as especially nurturing, understanding, and empathic. They proudly announce how much they give to charity or how little they spend on themselves. They trap you in the corner at a party and whisper excitedly about how thoughtful they’ve been to their grieving next-door neighbor: That’s me—I’m a born listener! They believe themselves better than the rest of humanity, but cherish their status as givers, not takers. They happily agree with such statements as I am the most helpful person I know and I will be well known for the good deeds I have done.

As you can see, not all narcissists look and sound alike and, no doubt, we’ll discover even more than these three variations over time. But remember—regardless of their differences, they all share one overriding motivation: each and every one of them desperately clings to feeling special. They just do it in different ways.

In this series of videos, drawing from my research and concepts in Rethinking Narcissism, I’ll be explaining many aspects of narcissism that you haven’t heard before, including how it affects intimate relationships.

Most of what I share people find surprising, but ultimately, they also find it infinitely reassuring.

Both overt and covert narcissists frequently exert a form of control over their partners – and while it may appear different in each type, at the core it’s the same. Stealth control restricts our options and opportunity to choose our experiences and arranges events to make sure whatever happens is on the stealth controller’s terms. In this week’s video, learn how to recognize stealth control—and how to tell if there’s room to interact in other, healthier ways.

Dr. Craig Malkin, author of the internationally acclaimed Rethinking Narcissism, is a clinical psychologist, and Lecturer for Harvard Medical School with 30 years of experience helping individuals, couples, and families. His articles, advice, and insights on relationships and narcissism have appeared in newspapers and magazines such as Time, The New York Times, The Sunday Times, Psychology Today, Women’s Health, Huffington Post and Happen Magazine, as well as countless other popular print and online media outlets. He’s also been featured multiple times on NPR, CBS Radio, the Oprah Winfrey Network channel, appeared on various local morning shows, and been a guest on many radio stations here and abroad. Dr. Malkin is president and director of the Cambridge, Massachusetts–based YM Psychotherapy and Consultation, Inc., which provides psychotherapy and evidence-based couples workshops. You can find him at drcraigmalkin.com