“It’s not the bold, outstanding, in-your-face examples of leadership that exemplify character.  It’s the everyday efforts to be a leader in all walks of life.”

I was working on my basement remodeling project the other night, when my 18 year old son hit me up with this question:

“Dad….what’s been my best leadership moment so far? “

I found myself standing there, hammer in hand, flipping through the Rolodex of my mind searching for the events where I was most proud of his actions and achievements.  The list was lengthy.

“What about the time you had the lead in the elementary school play?  You were Wilbur in Charlotte’s Web.  Everyone had to work off you as that’s the main character…you set the tone for everybody.  That was a pretty big deal for a 6 year old kid with a solo, and it took some character to pull off. “

The half-hearted smile on his face tells me no.

“Maybe something a little more current, Dad….like in the last year or so.”

“Well…you’ve always been a role model for your sister as you’re the older sibling,”  I said.  “Lord knows we’ve talked enough about setting the right example for her…lots to work with there.  Why are you asking, anyway?”

“Wrestling“,  he utters with a semi-frustrated look.  “I have to fill out this questionnaire sheet if I want to be considered for one of the captain’s positions on the team.  It’s a new part of the process the coaches added this year, and there’s a bunch of questions.  One asks specifically about my best leadership moment.  It needs to be a really good answer…this is important to me.  I’ve had my eye on this for a long time.  I know I can be a really good captain.”

Time to set the hammer down and give it some serious thought.  I needed a break anyway.

A Change Of Plans

Wrestling didn’t end the way we’d hoped it would in the spring of 2015.  It was a good year overall, but Brandon had at least hoped to make it to the sectional tournament within in his weight class, which is the final step before advancing to state competition in Madison.  The odds were good that he’d pull it off as he placed fourth in conference, plus his skills had improved dramatically since 2014.   Unfortunately, it wasn’t meant to be.

That stung him the hardest, which is common for grapplers as they often set higher personal expectations regardless of what the coaches may envision.  Although disappointed, he focused on conditioning to keep his skills sharp during the off-season.  That could be anything to help build strength, like weight lifting or recreational exercise in addition to a normal workout regime.

During the latter days of July, the family took a well-deserved vacation in the north woods of Wisconsin during a hot streak of weather.   Wasting no time, Brandon was out on the lake first thing the next morning slalom skiing with his older cousin.   The humid weather presented the perfect opportunity to combine some upper body work while cooling off at the same time.

On the first turn of his initial tow behind the boat, he fell while trying to maintain his balance on a choppy section of lake.  It wasn’t a spectacular tumble, but the intense pain he felt in his leg as he impacted the water screamed that something was wrong.

He floated like a bobber on a line thanks to his life vest as he re-orientated himself to his surroundings.  His Aunt, the captain of the boat, swung the vessel around to pick him up.  Naturally, his first instinct was to tread water while he waited.  Kicking his feet, he was startled to feel something foreign brush up against his leg.  A fish, perhaps?  Some seaweed?  A piece of driftwood?

No…that was his left leg, drifting uncontrollably up against the right one.  He watched in shock as it began to float upward at an abnormal angle.

Not panicked, but feeling a definite sense of urgency as he was unable to control his motions, he vocalized what none of us wanted to hear.

An ambulance ride to the emergency room and a consultation with an orthopedic surgeon confirmed our suspicions. His leg twisted, but the attached

water ski (which failed to release) did not.  The result was a rotational break in his femur just above the knee, which required surgery and the insertion of a titanium rod for stabalization.

The long term prognosis was a full recovery, but wrestling in 2015-2016 looked to be over before it even started.  Best case scenario was that he’d play in January, but it would be too far into the season without the benefit of conditioning and constant practice.  Muscles take time to build, and a month would only render him a tackling dummy for other seasoned veterans.  Even the surgeon doubted he would be ready for action in November, but was non-committal when asked.

Disheartened but not defeated, Brandon spent the remainder of his summer on the couch icing down his leg, except for when he was accompanied by his two new best friends, a pair of crutches.  Physical therapy started immediately, and it wasn’t long before he began gradually putting weight on his foot.  He followed his physician’s instructions to the letter, harboring quiet hope that a speedy recovery was indeed possible.

We remained upbeat, but didn’t introduce any talk about the upcoming season.  Our message to him and ourselves was to keep things in perspective and remain positive.  To suggest he was done for the year was unmentionable.

Six weeks later, an x-ray revealed that healing was progressing at an optimal pace.  Another at the beginning of October cleared him for moderate weight lifting and workouts.  At the end of the month, he was green-lighted for full practice that would begin mid-November.

Before releasing him from his care, the surgeon made it clear what had the final say – his body.   “Pay attention to what it’s telling you”, he said.  “If you can’t do it, then stop.  You can’t go full on right away.  You’ll get there, but you’ll need time.  Allow things to heal.”

Back To The Mats

One of my favorite movies of all time is “Heartbreak Ridge”  with Clint Eastwood.  Playing the role of  Gunnery Sergeant Thomas Highway, Eastwood is charged with turning an under-performing Marine regiment into a “lean, mean, fighting machine.”   Highway’s message to the troops under his command is constant:

I can’t help but think of that phrase when I watch my son wrestle.  Fate (or God, if that’s what you believe in) handed him a challenge that could of railroaded his final year of competition.  He could of wilted, given up or just thrown in the towel.

It’s the same message he’s been quietly sending to his coaches and colleagues while he proceeds through his workouts with the team.  It’s true he has his limitations.   Running full speed is out of the question, plus he’ll have to learn to compensate for the muscle loss in his leg as the season progresses.  Harder, yes….a challenge, yes…but not impossible.   That’s the kind of stuff that builds personal excellence.

It’s also the very bonding material that creates camaraderie within the team environment.  Everyone has their shortcomings and no one is perfect.  What speaks to character is how a person deals with those deficiencies and turns them into positives.  That’s leadership by example.

One thing I’ve learned over the years is that children have a remarkable ability to be resilient.  That was evidenced by these remarks Brandon penned among many on his application for Team Captain:

I’ve had to deal with the most adversity in my life so far over the last three months.  I was sure my wrestling season was all but lost, then maybe half the year.  Now, after months of hard work and rehab, I can be with the team on the first practice.  I would have never thought that possible just a month ago.

The day of the big reveal, I received a text from my son after his six a.m. workout.  We knew a decision was coming, and he wasn’t messaging me because he had nothing better to do. Besides, he was way too chipper for an early Monday.

“Guess What?   The coach talked to us this morning.”

Now he was just messing with me.  I fired off a three letter reply.

You know, I hate texting.  Aren’t kids supposed to be incredibly fast at this?

After what seemed like an eternity, my phone finally vibrates with an answer.

“I got it…me and another senior wrestler!”

Pride can’t begin to describe how my wife and I feel about his accomplishment. It’s not about the title, the position, or that he was chosen over many other fine wrestlers that deserve the opportunity.   Besides, the season is just getting underway, and there’s work to be done and targets to hit.

It’s ultimately all about the character and the road he’s traveled to accomplish the goals.   Along they way, he’s earning respect among his peers, which has more to do with how you carry yourself and how you act, versus telling his team mates how they should carry themselves and how they should act.

Leading by example creates respect, and respect is earned, not given. Maybe that’s obvious to you and me, but to a teen-aged boy?  Not so much.

Andy Books is a Client Operations Program Manager for a leading provider of technology-driven communication services. He is also an Adjunct Faculty member for a Wisconsin-based private college.

When not working or teaching, you’ll find him in his Wisconsin home working on unending projects as well as fulfilling his most important role, that of being a Dad, husband, and all-around family man.  He is an Unfluencer and member of Writers for Writers and Publishers and Bloggers writing groups on LinkedIn. His collection of writings can also be found on Blogpoets.com and the goodmenproject.com.

This article originally appeared on LinkedIn 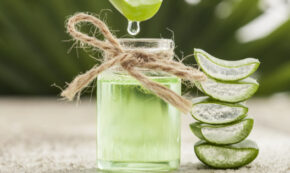 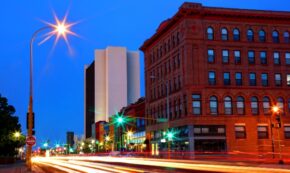 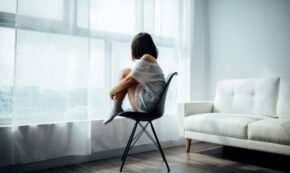