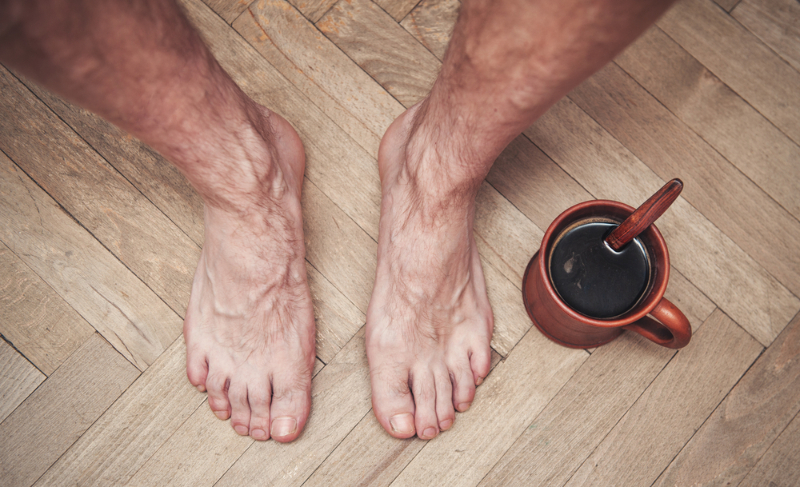 This story is not unique. It’s one that has been written a whole bunch of times over the course of this last year. The pandemic impacted us in all sorts of different ways.

For some of us, it was just mental and for others it was physical. Mine was both. But one at a time. The mental impact was quickly taken care of by putting away the bottle and deleting all of my social media accounts. Then I moved across the country from New York to Seattle. That helped a little too. But then the physical one hit and man, did I get fat.

I didn’t notice it at first. I was fitting into all my regular clothes when I moved West. We settled into one apartment and things were going pretty well until my meth-addicted prostitute neighbor threatened a two-year-old with a gun. We quickly had to move. Once we got settled in for good at our new place, I was working mostly from home and mostly from sweatpants. Why bother wearing jeans if everyone sees you from the chest up anyway?

I wear flannel shirts. Always. Even in the summer. So, I would throw a flannel on and leave on my sweatpants and get to work.

I did this for months. Casually snacking and eating randomly without thinking, typing away at my keyboard and ending my day with a beer or five. My dinners consisted of whatever my son wanted. Pizza? Sure. Chicken Fingers in the shape of dinosaurs drowned in ketchup? Ok. Box mac and cheese topped with canned beef chili? I couldn’t think of a reason to say no to anything.

The pounds were packing on and no surprise. They weren’t sneaking into my room at night and sticking themselves to my mid-section. They landed there while I was snoring face first on the couch after having eaten the stalest Red Vines anyone as ever attempted to eat in the history of mankind, several beers deep after crushing my third helping of chili mac surprise. I knew what I was doing was wrong but there were no real repercussions. Until, of course, there were.

The first was that I broke my bed. A piece of the bed underneath, about where my butt is, became loose and every time that I got in or out of bed the underside moaned in horror. It was a detestable metal pronging sound as if the tines of a fork had been plunged into malleable metal. The beer made me get out of bed a few times a night to pee so I heard it way too often. Often enough to try and fix the issue. But I could hardly fit under the bed and so I only made the problem worse until I decided to break the damn piece right off.

The second was just a few days after the broken bed incident started, I was minding my own business sitting on the couch when my son walked up and out of the blue started asking questions about babies. He wanted to know if they could walk when they’re born, if they can talk, when he started talking, and if they could play.

I was mindlessly answering scrolling through the news when I suddenly stopped and asked him why he was so interested. He said he just wanted to know if boys could have babies. I said no. He looked dejected when I went to go back to my news scrolling and then blurted out, “Then how come you look pregnant?”

The final straw was that I finally had to start wearing real pants again for work and none of them fit. This isn’t in some funny ironic way where people say things like “None of my pants even fit” even though they’re wearing the very pants they’re talking about. I literally did not fit into any pants that I owned besides sweat pants and a few of those were even becoming uncomfortable. I tried on every pair of jeans and khakis I owned. None were close. There were inches between buttons. This was less than ideal.

It was a Sunday afternoon and I needed pants Monday morning. Being in the business that I’m in offers a lot of flexibility and work from home but not a lot of money. Luckily my thoughtful and loving Aunt had sent us a gift card to Home Goods so we could buy some things for our house after the move west. I realized that Home Goods is an affiliate of Marshalls. I had to use the gift card my aunt sent me and my family so I could go to work and wear pants. So, there I was, standing in ripped gray, stained sweatpants in line at Marshals, holding my home goods gift card with one hand and a stack of pants in the other. My poor family standing in line with me wishing that we could have bought dinner plates and cups instead of cloth to cover dad’s rotund ass.

I bought a scale and sheepishly took it home, set it on the floor, and stepped on it. It was 30lbs heavier than it should have been. Makes sense that the pants didn’t fit, that my son thought I was giving him a sibling, and that I broke my bed. I’m out of shape, out of pants, and out of gift cards.

The best thing to do now is spend some money on lettuce and start working out. Probably skip the chili mac surprise for a while and opt for seltzer water instead of Rainier Ale. And if my Aunt happens to read this, can you send a gift card to Wholefoods? 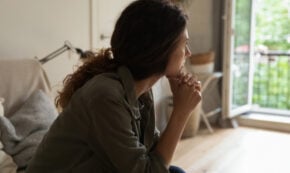 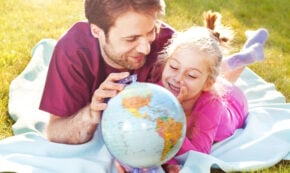 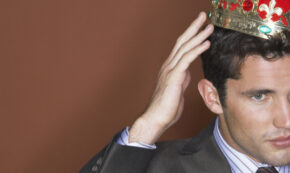 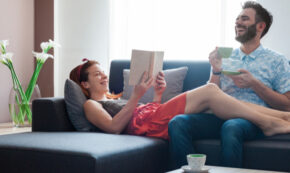 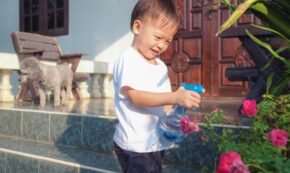