Get Daily Email
Join/Login CLOSE
Home / Featured Content / The Man Behind the Pope: A Lesson in Compassion and Humility

What can men learn from Pope Francis’ visit to America? The story of  Michael Keating may offer a fresh perspective.

In today’s world, quiet moments are often difficult to find. They’re the proverbial needle in a large, never-ending haystack—the few puzzle pieces that we sometimes desperately need, but are invisible to the naked eye. By the same token, we’re often too busy to stop and wonder why this observation is true, and why these moments are like sand in an hourglass.

Is it because mankind is indeed too pre-occupied? Is it because society today teaches man to be selfish in subtly consuming ways? Is it simply due to the fact that there’s too much “noise” in the modern world?

The answers to these questions may be right in front of our faces. In finding them, however, it’s vital that we remember there can also be stillness and unbridled tranquility within the very same moments that we often miss.

Upon arriving in Philadelphia this past weekend—as part of the last leg of his historic trip to America—Pope Francis motioned for his escort to stop his car in the middle of a bustling street. It wasn’t so he could answer a phone call, nor to escape the sea of flashing camera bulbs and the media frenzy waiting outside his car door. Instead, the signal to stop was recorded as Francis’ “first touching moment” in The City of Brotherly Love, as ABC News reported.

The nationally-known news outlet published this article on their website on Sept. 26, reporting that the Pope spotted a young boy in a wheelchair on a sidewalk with his family. Francis got out of the car, walked directly over to the boy and quietly blessed him–placing his hand on his head.

The boy, 10-year-old Michael Keating, has cerebral palsy, and his family was reportedly looking for a simple sign of hope. What they actually received was much more than anyone expected.

I never thought this would ever happen,” Michael’s father, Chuck Keating, told ABC News in a video that accompanied the article.

The report went on to say that Mr. Keating—who serves as the director of the local high school band that greeted Pope Francis at the airport—brought along his son, who is unable to speak, so he could possibly get a glimpse of Francis and “be in his presence.”

According to the video segment, Keating and his wife, Kristen, cried tears of joy after Michael received Francis’ blessing before kissing their son on the forehead. The family waited for Francis to get back in the car and signal for his escort to drive him to his next stop, but he shook Kristen’s hand and smiled, seemingly without saying a word. Not only that, but this quiet, gentle moment took place amongst hundreds, perhaps thousands of people.

The fact he stopped to bless someone with a disability is an extension of that. One has to stop and wonder: How many people would do what he did for Michael, even if they weren’t in a position of such power and prestige like Pope Francis? Moreover, how many people would see a disabled individual as an individual, enough to walk over and bless them?

I think that’s another fact that makes this particular story stand out from the rest. Since his ordination in 2013, Pope Francis has become known for his humility as well as his ability to resonate with nearly every person he comes in contact with. For him to come to the US, stumble across a child who has a disability and then bless that child is worthy of tremendous praise itself. It’s special and unique because this moment did not stem from politics, religion or faith—nor was it about the media and press just “getting a story.”

I think this was about the Pope being the man he is at his very core, and less about the man of regal stature he has become known as. This intimate interaction was one of many intimate encounters he shared with individuals and their families. His stature indeed made each one that much more special and newsworthy.

If you watch the entire video that went with the report published by ABC News, however, you’ll hear Kristen Keating say she noticed something about Michael she never noticed before, prior to the day the Pope arrived in Philadelphia.

“There was so much joy that surrounded Michael, and I think he feels that. We were [saying], ‘Oh, this is wonderful and angels are singing!”

Francis seems to have a very soft-spoken demeanor that lends itself to those characteristics—and as the world has witnessed, all these traits have served him well during his time as Pope thus far. It’s refreshing to see someone who holds that much power and importance in the world be so humble and down-to-Earth.

If anything, I think it solidifies the beautiful truth behind the expression, “It’s nice to be important, but it’s more important to be nice.” 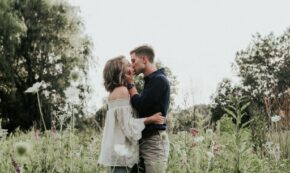 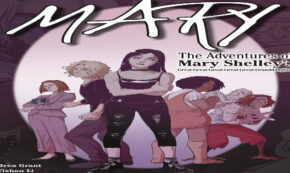 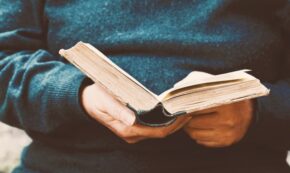