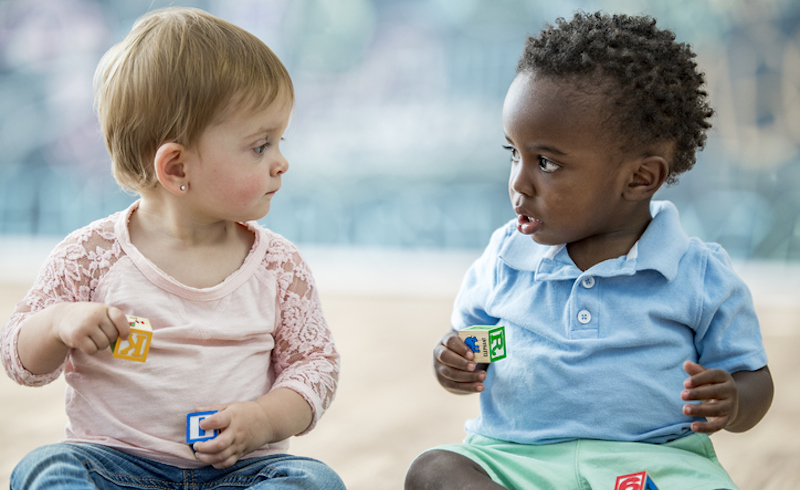 We must commit to granting our children their birthright. Their birthright is their inherent capacity to form authentic, emotionally vibrant relationships. All we need do is stop training them out of these capacities, either by action or inaction. Through helping them grow their relational intelligence, we can insure they become what they are born to be, emotionally connected, joyful and thriving human beings.

Narrow Definitions of Masculine Strength
We live in a culture of masculinity that teaches our sons to suppress their emotional expression and our daughters to value emotionally stoic partners. The strong and silent type remains a central American symbol of “real manhood.” Men are encouraged to model strength, confidence, physical toughness and independence. These arguably laudable traits are advocated for, not in combination with equally powerful emotional/relational capacities, but to the exclusion of relational capacities which are quite wrongly gendered as feminine.

When we encourage capacities like strength and self-reliance along with emotional expression and relational intelligence, these capacities dovetail to create powerful and resilient human beings. The result is men and women who are better resourced to deal with life’s challenges, both individually and collectively.

Let me be clear: the traits that traditional masculinity values, traits such as toughness and self reliance are not in and of themselves negative. But boys and men are taught that toughness requires they hide their emotions. In order to be “real men” they are expected to be emotionally stoic, competitive, sexually aggressive, confident and immune to insecurities, fears or doubts. The result is they hide their authentic selves behind what documentary director Jennifer Seibel Newsom calls The Mask You Live In. This the cultural of male emotional toughness. And often, the enforcement of this culture of toughness can be brutal and unforgiving.

In privileging only the toughness aspects of masculinity to the exclusion of powerful emotional and relational capacities, we have effectively suppressed empathy, self regulation, capacity to hold difference, networking, community building and collaboration in generations of boys and men. The result is a deadly epidemic of isolation for American adults.

The AARP did a study on 2010 which revealed the 1 in 3 American adults age 45+ are chronically lonely. This means they have no one in their lives to talk with about the serious issues of life and living. It also means they are facing catastrophic health risks.

The New Republic published an article titled, “The Lethality of Loneliness.” Here is a quote from that article:

Emotional isolation is ranked as high a risk factor for mortality as smoking. diseases thought to be caused by or exacerbated by loneliness would include Alzheimer’s, obesity, diabetes, high blood pressure, heart disease, neurodegenerative diseases, and even cancer—tumors can metastasize faster in lonely people.

Male suicides outnumber female by a factor of three to one and are climbing. A whole additional population of men are dying too early in their lives. And they’re dying for lack of human connection.

Meanwhile, corporate cultures globally are awakening to the dynamic and productive power of relationally intelligent employees. Working in collaborative groups, hosting different points of view, allowing for improvisation, and being inclusive are now being seen as the key to productivity, job satisfaction, talent retention and customer satisfaction.

Clearly, if our children are to succeed in their personal and professional lives, they need to grow their relational capacities.

Which should raise alarms for parents, business leaders, and educators, because the dominant discourse which governs how we raise boys, the “strong and silent” model of American manhood, results in the suppression of relational capacities. And rest assured, we have a parallel version of emotional suppression for girls that results in the same outcomes.

How It Happens
Judy Chu’s When Boys Become Boys as well as Niobe Way’s Deep Secrets, detail studies that clearly show how we train our sons away from emotionally vibrant friendships, beginning at age four and on throughout their adolescence. The result? Many men rely on their spouses social networks and their workplaces to provide friendships; friendships that are a by product of proximity instead of the lasting result of more authentic connections. When these men’s jobs change or their marriages fail, these friendships of proximity evaporate. This is why the death of a spouse can be a killing blow for men, leaving them to confront unrelenting social isolation.

Everything we know about human beings tells us that we are widely diverse and varied creatures. But we have one thing in common. We are all born highly attuned to the nuances of interpersonal signals and non verbal human communication. It is a powerful gift. Yet, as young people, we are often shamed and policed into using those very tools to suppress our own connection in the world.

This is how boys are able to learn as early as age four which parts of themselves to hide away. And if we do nothing, effectively leaving the teaching of emotional expression to our culture, our sons and daughters will be taught to hide their authentic internal selves so completely that eventually, they will no longer be able to locate them.

Over the years, the rigid performance of masculine emotional toughness has caused many men to loose this sense of connection to our internal voice, our moral and emotional true north. It is in this space that we become isolated, angry and reactive. Relying ever more heavily on the narrow definition of manhood we are performing, and growing every more angry when it fails to satisfy our basic human need for connection.

And the worse part? We angrily police others who fail to make the manhood bargain that we made. Shaming and attacking men and women who perform versions of manhood or womanhood that don’t follow the narrow rules of our culture of male emotional toughness.

The Good News
Our sons and daughters need only a few primary relationships in their lives in which they are free to explore emotional expression through a trial and error process over the long term. Regardless of what damaging narratives the world would teach our children, we can encourage them to grow their relational capacities in the safety of our family relationships. If we do this joyful relationship building work, our children will reach a tipping point of relational connection and never look back.

Humans are born with incredible skills for tracking and responding to the most nuanced interpersonal cues and signals. But the culture of male emotional toughness takes hold early. By age four, boys start self policing. So, we too must begin early.

The good news is, we can. All we have to do is start the conversation.

To learn more about relational intelligence, come see us at Remaking Manhood.

Here’s our tweet stream on seeking solutions to male emotional isolation, which was born out of Baker’s article: The biggest threat facing middle-age men isn’t smoking or obesity. It’s loneliness.

The emotional suppression of boys in a 30 second gif. Pared down to just the brutal facts. #emotionalAbusepic.twitter.com/GxyHGhAzdl

Get a powerful collection of Mark Greene’s articles, in his book, REMAKING MANHOOD–Available NOW IN PRINT and on Kindle Reader for Windows, Macs, Android, iPhones and iPads

Remaking Manhood is a collection of Mark Greene’s most widely shared articles on American culture, relationships, family and parenting. It is a timely and balanced look at the issues at the heart of the modern masculinity movement. Mark’s articles on masculinity and manhood have received over 100,000 FB shares and 10 million page views. Get Remaking Manhood IN PRINT or on the free Kindle Reader app for any Mac, Windows or Android device here.

The Ugly and Violent Death of Gender Conformity

When Men Keep Demanding Sex From Their Partners Over and Over

Why Traditional Manhood is Killing Us

Why Do We Murder the Beautiful Friendships of Boys?

How America’s Culture of Shame is a Killer for Boys

The Culture of Shame: Men, Love, and Emotional Self-Amputation

The Man Box: Why Men Police and Punish Others

The Man Box: The Link Between Emotional Suppression and Male Violence

Touch Isolation: How Homophobia Has Robbed All Men of Touch

Boys and Self-Loathing: The Conversations That Never Took Place

Keynote speaker and author Mark Greene writes and consults on relational practices, diversity/inclusion and masculinity for organizations world wide. Greene writes, speaks, coaches and consults on the challenges we face as men raised in Man Box culture.
Mark is the author of Remaking Manhood, The Little #MeToo Book for Men and is co-author with Dr. Saliha Bava of The Relational Book for Parenting.
More information at: http://RemakingManhood.com
All book are available here: http://amzn.to/3iTG69H

I wrote something very like this as a reply to the article “Can Social Skills Be Taught?“, recently posted on Psychology Today. At one point, the author asks why someone would not want to learn social skills, if their are guaranteed to make our lives happier and better. Why? Because they are not guaranteed to do so, if social skills become more about fitting into the tribe and pleasing the leader, than making emotional connections. Despite many EQ experts accidentally conflating the two, they are not the same thing. And thank you for also remembering they’re not the same thing.… Read more »

FacebookTweetPinEmailShares311
wpDiscuz
1
0
Would love your thoughts, please comment.x
()
x
| Reply
Share this ArticleLike this article? Email it to a friend!
Email sent!