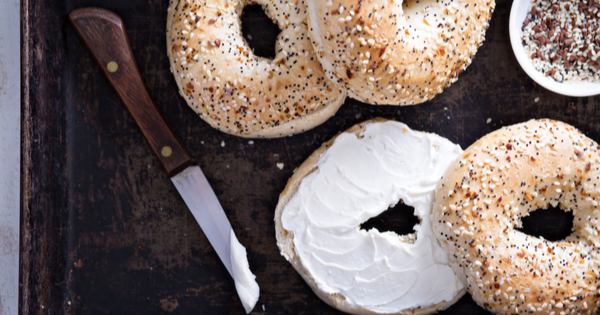 Have no fear of perfection – you’ll never reach it.

This is an imperfect story about seeking imperfection.

Bobby and Matthew, both in their early 30’s, worked together at a company that sold software products.  While not close friends, they were close colleagues, being on the same marketing team, sitting near each other in the office, and having similar roles in the business.

Both were well-liked within the company and good at their jobs, but Bobby had a slight edge when it came to popularity and performance.   Matthew did not think this unjust or unfair.  Bobby, he readily admitted,  was smart and a hard worker, helpful around the office, always respectful, and good-humored.  He was also physically attractive, tall and slim, with wide muscled shoulders and the tapered waistline of a swimmer.  The suits he wore to work were always snappy and well cut for his angular frame.  And his hair, thick and brown, never seemed out of place.

Matthew, on the other hand, was insecure about his looks, particularly the growing paunch around his middle, and a thick neck that gave him trouble whenever he tried to fasten the top button of a collared shirt.  His hair also troubled him. He had kept it long enough in college that he rocked the occasional “man-bun” at parties.  But since graduation it had steadily thinned, requiring creative combing to achieve full skull coverage.  It made him self-conscious, and when not at work, he usually wore a baseball cap, indoors or outdoors.

Personality-wise, Matthew also felt he was lacking.  He knew he was intelligent, but he wished he was wittier, as he always struggled to keep up with people who were quick to make a quip or had perfect timing and delivery when telling a joke.  He considered himself more a plodder when it came to conversation, and he always worried, particularly at dinner parties or events, when he was seated next to someone he did not know well, that he would bore them, even offend them, with his inability to engage in lively talk.

Still, despite all this, Matthew was not envious of Bobby.  If anything, he admired him. Perhaps too much, thinking it incredulous that his colleague, at least in his mind, had no flaws.  The idea, right or wrong, made him even more aware of his own perceived failings, and whenever he noticed something positive about Bobby, be it a well-coordinated shirt and tie, or a laugh-producing remark made in a staff meeting, he reflexively reminded himself that he held no such gifts — that he, say, could never look as swell wearing the same outfit, or could never be as funny.

But as time progressed, and the two men continued on with the company, Matthew’s attention to all that was great about Bobby edged toward obsession.  Perhaps it coincided with forward movement in Bobby’s life: he got engaged, while Matthew remained single;  he was promoted, Matthew was not; he bought a house, Matthew continued to rent.

Still, Matthew did not feel jealous of Bobby, just more and more exasperated that nothing was wrong with him.  He began to be consumed with the notion, thinking it unnatural for a person not to have any weaknesses.  Finally, when it got to the point he had trouble being around Bobby, he knew he had to address the issue.

And so Matthew committed himself to discovering an imperfection in Bobby, big or small, something that would make him feel, perhaps, better about his own imperfections, or at least more accepting of them.  But no matter how hard he tried to notice something untoward about Bobby, he couldn’t.  Days and weeks went by, months, and nothing.  He even began to toy with the paranoid thought that Bobby was an alien in human disguise, a god placed among mortals.

At the end of his tether, and legitimately concerned he was sliding toward psychosis, Matthew prayed for a miracle.  And it happened.   During a conference call one morning, he and Bobby and the rest of team sat at a long table listening to a squawk box and helping themselves to a tray of breakfast goodies.  Matthew watched as Bobby selected an everything bagel.  Just as Matthew was going to pick out a donut from the tray, he stopped, his hand frozen in the air, his eyes riveted on Bobby’s tie, which, lovely as ever, now held a dollop of cream cheese.

Clearly, Matthew realized, Bobby had not noticed the spill, as he kept eating, listening, and later discussing the call with the others with the offending schmear in full view.  Matthew was not sure others in the room saw what he saw, or felt what he felt, which, basically, was a release from an enormous burden.   He felt free and confident and in control for the first time in a long time.  And also grateful to Bobby for making possible this seismic change within him by soiling his tie.

After the meeting, Matthew trailed Bobby to his desk.

Bobby sat down in his chair and looked down.

Matthew shrugged, relishing the role of being the helper.

“You know how everyone is – just concerned with themselves, I guess.”

Bobby took a tissue and wiped away the schmear.

“Well, thanks.  I’m such a klutz.  I spill something on me all the time.  My dry-cleaning bills are out of hand. “

“My fiance says  I should wear a bib when I eat.”

“I never would have guessed.”

Matthew went back to his own desk and pulled out his own file to work on.  But he had trouble concentrating, his emotions falling, wondering why it was so easy for Bobby to be humble, to be so self-assured and open and honest about his failings.  It was just another way, Matthew sighed to himself, before taking a bite of the donut he brought back to his desk, in which Bobby was perfect.

Facebook55Tweet3Pin1EmailShares59
wpDiscuz
Share this ArticleLike this article? Email it to a friend!
Email sent!