Get Daily Email
Join/Login CLOSE
Home / Featured Content / Are You Tapping Into the Productivity Secret of Working Backwards? 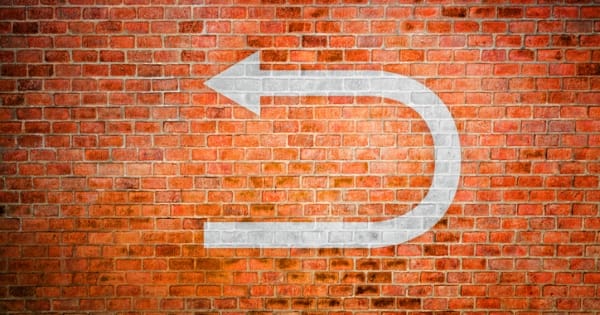 —
I’m a very logical person. To me 1+1=2. I suppose that’s why I’ve been such a fan of Jim Rohn ever since I was introduced to his work. He just made so much sense. But when he said, “When should you start building the house? Answer: As soon as you have it finished.” I’ll admit I was a little lost. He went on to explain that only after you have everything figured out on paper (blueprints) should the work on your house begin.

Best-selling Steven Covey refers to it as “Begin with the end in mind.”

Like any parent, I wanted my son to be so much better than me. To achieve it, I applied the concept of working backward.

The goal was simple – for my son to be a confident, successful young man. How could I achieve that? I came up with one answer: Sports.

When my son turned four, I remember asking him if he wanted to learn how to swim. It wasn’t a hard sell as he loved the water. Then I suggested he also learn a martial art. After explaining to him what that was, he immediately said “Karate.”

A few weeks later, my family and I enrolled in a Karate dojo and his swimming lessons began. At no point did I force him. I simply gave him options from which to choose.

I knew from my own mistakes that it’s critical that the family gets behind such decisions. I’d seen too many parents drag their kids to English lessons or swimming and hated every minute of it. That wasn’t going to be me, I wanted to be right there alongside him.

When my son was learning how to swim, I was in the next lane doing laps. In Karate, I was right behind him in practice. (We both earned black belts a few years later).

But the best thing I did for him, did not help my son get a black belt or win medals, but a philosophy toward life. Adversity always exists. Sometimes it’s a person, sometimes it’s a problem, and the question we must ask ourselves is a simple one – “What are you going to do about it?”

I also wanted to teach him one very important simple concept and that was – never give up. Anyone can give up, giving up is easy. Want to give up? There, you’re done. Winning takes effort. Winning takes skill. Winning takes patience.

In life, whatever you want will not just fall in your lap, you have to make things happen.

I started out as an English teacher. It was something I was good at. But about 12 years ago, I realized that my real talent wasn’t teaching English, but productivity. I found myself helping clients achieve more, in less time with less stress in their businesses. Since that time, I’ve written for many of the world’s largest publications including here on The Good Men Project, become a best-selling author and worked with corporations with that single purpose in mind – to be a time management consultant.

In a nutshell, I knew what I wanted to be, then I made it happen.

We’re just a month away from 2020. My question for you is not what do you want to do next year? But rather “Who do you want to become and how will you go about to achieve that?”

Some of you might be thinking, “But I don’t know what I want to be?” Then that’s where you start. You’ve got to know where you’re going in order to get there. Take a pen and a piece of paper, and spend 30 minutes to an hour and figure out what you really want to accomplish, and the roadmap to get there.